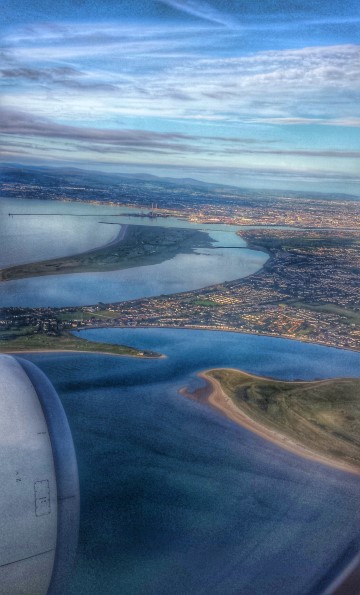 The Links Portmarnock was the very first course I played in Ireland, back in 2001, so a return to it this year—as the first of five courses a band of media golfers would play—felt like a homecoming of sorts.

The course is adjacent to the more ancient and revered Portmarnock Golf Club, but for best results, play both, which was our plan.

I wrote but little about that 2001 visit to Ireland. A scant six days after I returned home the terrorist attack of September 11 ensued and both travel and travel writing withered away for a prolonged time. The world is still roiling from the effects of that dire date, not to mention other long-lasting enmities, readily evidenced by any trudge through any airport.

(Related post: Living With Hope in a World Old or New) 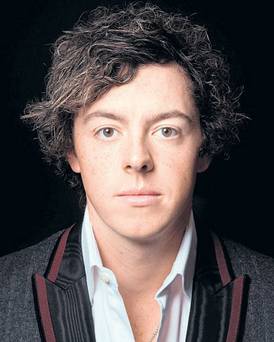 Rory McIlroy in the “Faces of Ireland” series by Kevin Abosch

No such dark thoughts were swirling upon landing in Dublin, then or now. Indeed, one of the first things now on display in the airport are huge posters of favorite sons and daughters of Ireland, including Rory McIlroy, who had only the day before hoisted the Claret Jug as the 2014 Champion Golfer of the Year by staying two strokes clear of Sergio Garcia and Rickie Fowler.

Back in 2001 I was new both to links golf and driving on the left side of the road. I eased my jet-lagged self into a rental car at the airport, flipped on the turn signal, only to be startled by the whipping windshield wipers. To compound the reversed world the traffic immediately threw me into a roundabout. Adventure! Before the trip was out I would turn down a one-way street in the heart of teeming Dublin. Furious correction ensued, with the only harm done to my own teeming heart.

The roads in Ireland often seem about as wide as a plank, and I was lucky not to get a flat, considering how many left curbs I rubbed violently against. The course was only about 15 minutes from the airport, and it only seemed to take a few sweaty days to arrive.

But soon I stepped onto my very first links course!–the coastal dunes linking the sea to the sandy soil, the turf playing firm and fast. I’ve no idea where in my shambles of an office that antique scorecard surely resides, but my impression is that I played poorly, but thrillingly. 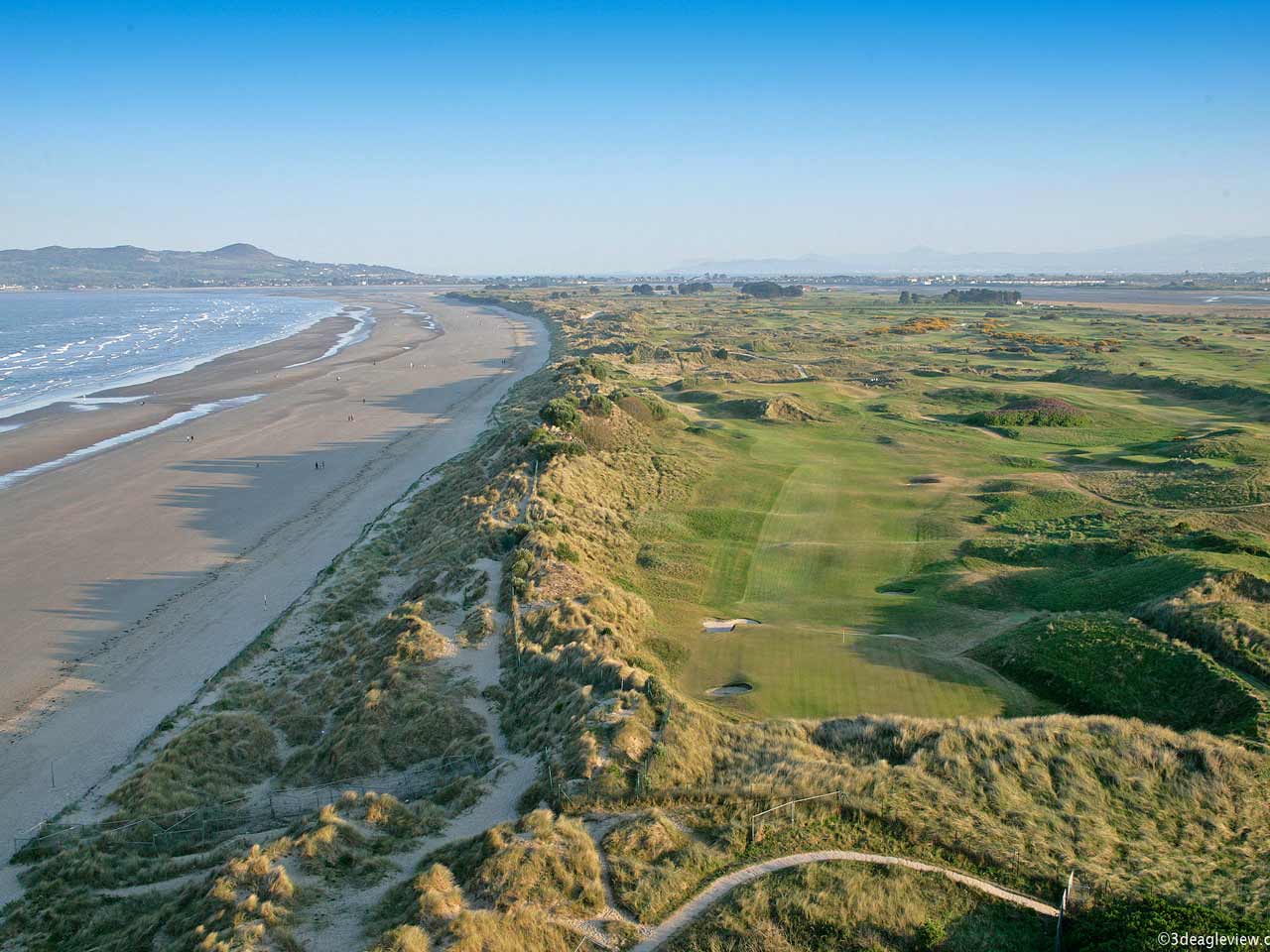 Anyone who has played links golf knows how different it is from highly manicured, spongy, tree-lined or water hazard-laden American courses. It may take the initiate some time to adjust; Tom Watson has claimed that it took him five years to become enraptured, this even after two Open Championship wins.

I had no such interregnum. Negotiating the wide-open and wondrous green space, enveloped by a steel grey sky and salty wind from the Irish sea, flying out of revetted pot bunkers or attempting to slash out of gnarly native grasses felt every bit like a seductive plot, and I fell for it big time.

Classic links courses have traditionally been more found than made, but The Links Portmarnock was created in 1995, designed by Bernhard Langer and Stan Eby for European Golf Design, under the IMG aegis. It’s really a resort, coupled with the Portmarnock Hotel, where I also had my first full Irish breakfast back in 2001.

Hotel and course are on part of the former Jameson estate built in 1847—Jameson as in Whiskey. Indeed, John Jameson IV was the first president of the neighboring Portmarnock Club, and is buried in a graveyard just right of the Links’ first fairway.

It used to be quite possible to slice a ball into the graveyard, but the first tee has been moved left, so communing with the whiskey heir now requires a deliberate visit or a colossally bad shot. 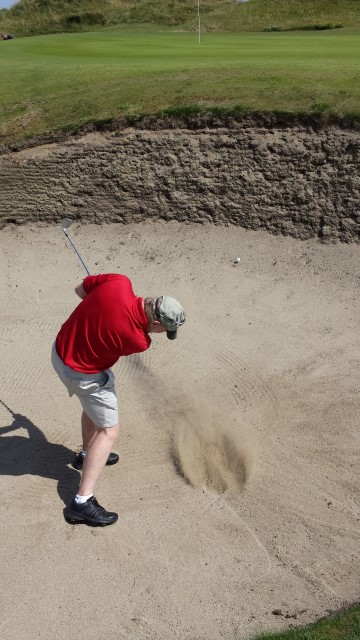 The Links course has an utterly natural appearance, as though it’s been here for far longer than 19 years. Actually, there was a 12-hole Jameson routing laid out in 1858, some of which was incorporated into the Langer-Eby design.

The course was less green this trip than in my memory round; the area had been through a dry spell, and the next five days remained unnaturally sunny and warm. The usual firm and fast links conditions were that much firmer and faster. I hit a pathetic grounder of a second shot on the second hole that nonetheless bounced over and around the varied hillocks to arrive close enough to the green for an undeserved par. But that’s links golf—bad shots sometimes rewarded, good shots sometimes knuckle-rapped.

Not that it wouldn’t serve at any time, but the Links remains one of my favorite jet lag courses. It seemed a more benign test than some of the courses that were to come. Hard by the Irish Sea, the course is somewhat protected from winds by high dunes; the first sight of the water comes at the par-3 ninth.

Granted that there are nearly 100 bunkers to dodge, greens expansive but with significant drop-offs, and typically tangled and hungry growth and gorse ready to swallow errant drives. Still, the Jameson family motto—on every bottle—is Sine Metu, and that’s exactly how one should set out on the course: without fear.

4 Responses to “Once More to Ireland”