When I was a student at the Jim Russell Racing School years ago, zooming around a track in a Formula Ford, I learned to do all my braking before heading into a turn, looking for the apex point, which I’d steer down into and then accelerate out of. It was a crucial and heady moment that meant all the difference in a successful lap.

In beer terms, I suppose it means Bear Republic has put the pedal to the medal once again. Certainly the brewery asked the right question in its press release: “Are you officially done with your holiday beers?” It turned out I was, indeed, and ready to accelerate onward. “If so, here’s one to start your year off with.”  Fair enough offer, though truth be told I’d already had a few other beers in the new year.

The independently owned and Norgrove family-run brewery opened as a brewpub in 1995 in Healdsburg, just north of Santa Rosa, California. A production brewery opened about 15 miles up the road in Cloverdale in 2006, and last year Bear Republic was ranked the 36th largest craft brewery in the U.S., with distribution to 11 well-dispersed states, although most still distant from me. And the brewery is now under construction to expand capacity. 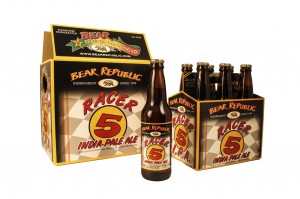 Things appear to be going well for them in Sonoma County, and presumably will continue to as long as they keep making Racer 5, the hefty (7.5% ABV) IPA that accounts for a whopping 70 percent of sales.

But the brewery has an extensive portfolio, with many draft specials, one-offs and seasonals, including offshoots of Racer 5: Racer 10, Cafe Racer 15, and now for the second year in a row in a 22-ounce bottle, Apex. (It was previously available only on draft.) 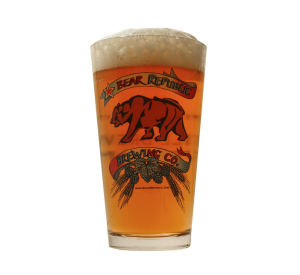 True, there’s no lack of west coast IPAs to choose from, but as long as it’s on the market (through March), Apex will be a good find. Racer 5 relies on the 4-C hops, Cascade, Columbus, Centennial and Chinook. Apex throws those into the mix as well, but also adds Simcoe, Citra, El Dorado, Azacca and Lemondrop. I hadn’t even heard of these latter two—guess I’d better pick up For the Love of Hops by Stan Hieronymus—but Lemondrop is a bit of a giveaway. Indeed, the beer is a potpourri of bright and fruity hops, although if left in the glass for a bit a spicy note takes over.

Brewmaster Norgrove–also a Richard like his partner and father but to avoid confusion going by Ricardo—promises an ever-changing recipe for the brew in years to come, depending on new hop offerings he can throw into the pot. Ricardo doesn’t like standing still in any case, as it is his love for auto racing that has led to the racing motif employed for many of the brewery’s beers. Indeed, he races himself, and here he is on the track, not surprisingly in car number 5: 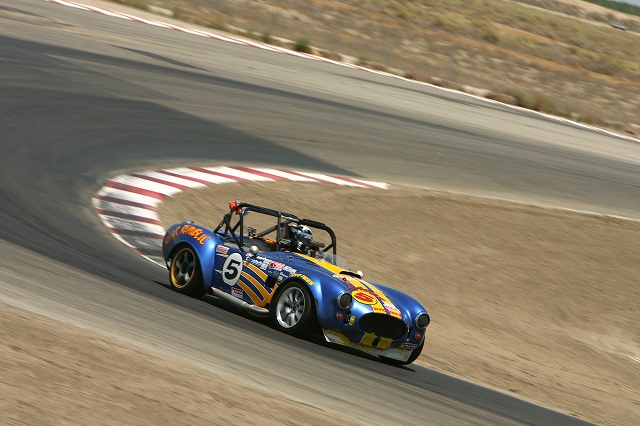 Ricardo Norgrove at the wheel 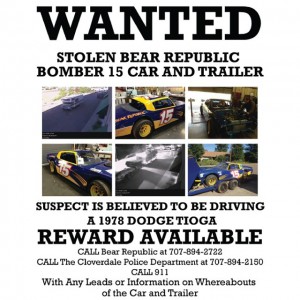 Another vehicle, a bomber car marked number 15, was stolen right off the brewery lot last summer along with a trailer. It hasn’t been found yet and there’s still a reward out for its recovery. Whether that’s in cash or beer I can’t say, but wouldn’t either do?