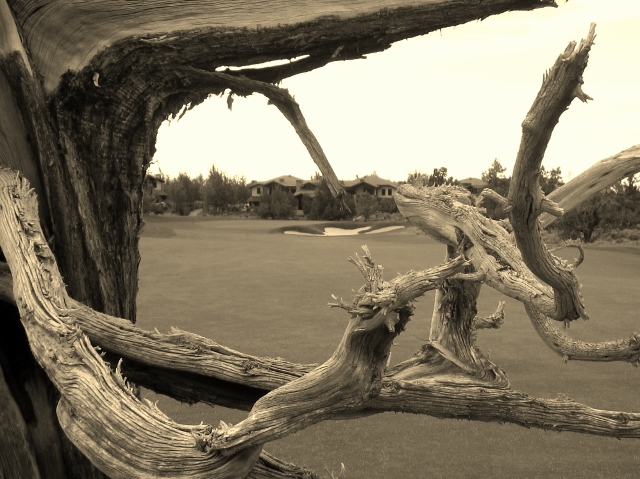 It’s good news for the rest of us. While there’s still a private aspect to Pronghorn—a superlative Tom Fazio course open only to residents, members and guests–the Jack Nicklaus Signature Golf Course at Pronghorn is now open to all, as is the resort and its amenities, of which there are plenty.

We first discovered this on our only 36-hole day of the Golf Road Warriors adventure, also our first day of golf, the afternoon round scheduled for the Nicklaus track. But when we took up residence here the following night, we really discovered what first-class treatment was like. (More on that in a subsequent post.)

In brief, Pronghorn is all about attentive service. This was evident the moment we finished the four-mile drive from the main road through the gated entrance, pulled up to the bag drop and were treated like visiting royalty. Then we were ushered to the extensive range, stacked with nothing but Pro V1s. 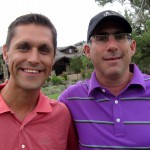 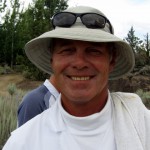 At least forecaddie Todd Arnett was smiling before our round

Fellow Golf Road Warrior Jeff Wallach and I were happy to run into old friend and Pronghorn general manager Spencer Schaub again; I’d last seen Spencer when he was at the helm of The Grove in England.

As Spencer was eager to join us out on the course, our round began as sort of traveling circus—though with six golf clowns having tumbled out of the cart. This certainly kept forecaddie Todd Arnett on the move. But the comic possibilities were soon outweighed by pace of play issues, so we ultimately split off into two threesomes.

That also gave us a less frantic look at the impressive work Nicklaus has done here, a desert golf course that plays through what is said to be the world’s largest stand of western Juniper trees on old Bureau of Land Management acreage. (Indeed, part of the old Huntington Road, the Bend area’s link to the Oregon Trail, touches on a portion of the property.)

Naturally, not all of the trees survive, so the property is dotted and many holes framed with dramatic, bleached, skeletal Juniper remains—better known here as ghost trees.

Lava deposits and the ever-unspooling view of the Cascade range (notably Mount Bachelor, Broken Top, and the Three Sisters) add to the natural splendor, not to mention the occasional hoof tracks in the bunkers–from the eponymous pronghorns? The conditioning is, in a word, pristine.

Still a stout challenge, but Nicklaus mixes it up well with a variety of long and short par-4s, short to intimidating par-3s, and on the return nine a pair of back-to-back par-5s (holes 15 and 16) that are similar in length but completely different in character. 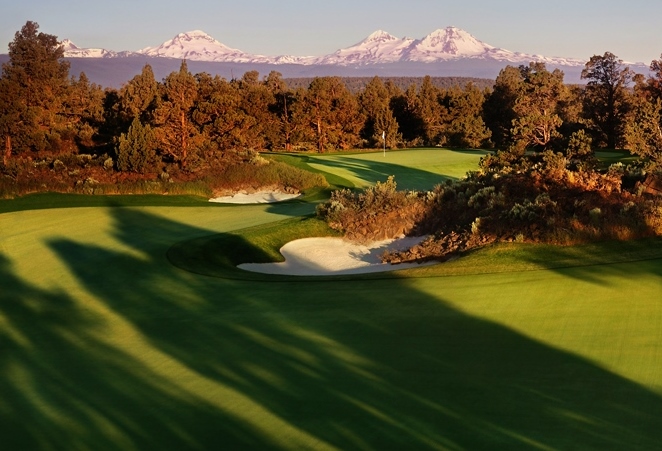 The fifteenth is the No. 2 handicap hole, moving inexorably uphill, with seemingly 498 yards of trouble. Outcroppings extending into the fairway led Nicklaus to call the hole Pine Valley West. Granted, there’s no easy shot to be had here, usually hitting into the prevailing wind, with the last stretch swinging around a large knoll and bunkers. Once safely on the green, one can then exhale and take in a grand view of the Three Sisters. 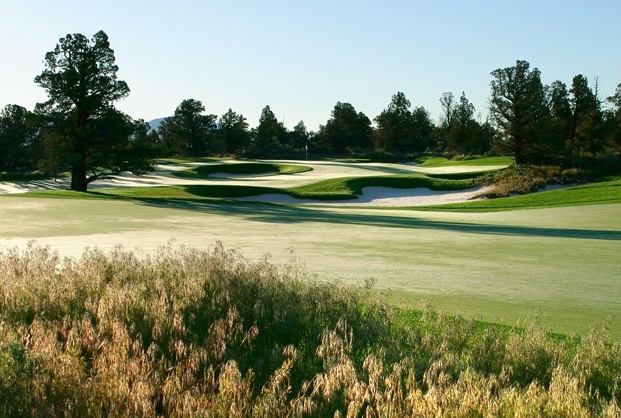 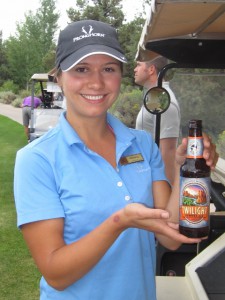 By comparison, the sixteenth is a walk in the park, if a meandering, serpentine one that makes it a true three-shotter.

I was about ready for a few shots by the time Mr. Nicklaus had finished having his way with me, but luckily I could more happily settle for a craft brew. For a beer nut like me, the pleasures of golf in the Bend area are thrillingly multiplied by the abundance of fine breweries here. And at Pronghorn, at any rate, there’s no compunction about stocking the refreshment carts with decent beer in bottles.

Sold. You can have your land of milk and honey. I’ll take the beer and golf in Bend.