According to the invitation I received, I’m among the top echelon of golf’s social media stars, and hence the request of my presence at a TPC Network media event in San Antonio, Texas. Who could deny or refuse, especially when it means teeing it up at TPC San Antonio, a week before the Champions Tour AT&T Classic shows up?

Our noble band of Tweeters, Facebookers and bloggers won’t be playing for an almost $2 million purse like the pros, and we’ll be on the Oaks Course (site of the Valero Texas Open) rather than the Canyons Course. But fabulous prizes are on the table, including a Poulter Pants Award for which I’m de facto out of the running, having neglected to pack any such thing.

There’s a Tenacious Tweeter award, which I probably won’t have a shot at either, since I still have a dumb phone and have to do all my Twitter work from my laptop.

Anyway, I am expecting to go toe-to-toe with other grizzled vets of the golf writing circuit, including Ace Schmidt and the infamous Art Stricklin, perhaps the only person I know who actually voted for Ted Cruz. And I’m looking forward to meeting other contenders whom I know only from Twitter handles–@nyjetgirl4ever, @iGolfReviews, @BunkerPGolf….

It’s probably well that we’re not playing the Canyons Course. I’ve played a few tracks shortly before or after pro tournaments, and it’s usually shocking just how long the rough is kept. It makes the abilities of these players stand out in greater relief. I’m hoping they shave the long grass a bit at the Oaks course, in case some of the players use it as a warm-up, in light of those tender senior citizen backs (like mine). But we’ll see.

It’s only a day’s event, and with only nine holes scheduled for play. Brunch may last as long as our golf outing. But I am hanging around to play more on Monday, meaning I’ll have to mind my P’s and Q’s Sunday night, when we repair to the High Velocity sports bar at the JW Marriott for the awards ceremony. Could be a long night for me, unless we could arrange a Klout rating pissing match? Hell, I might lose that, too. 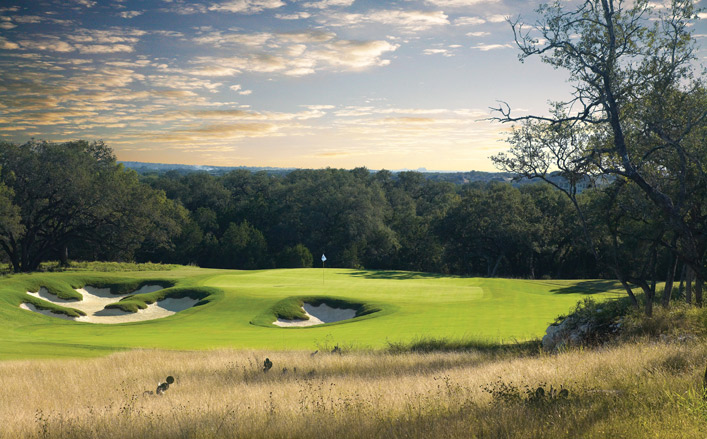 One Response to “Not Feeling Lonesome Down in San Antone”