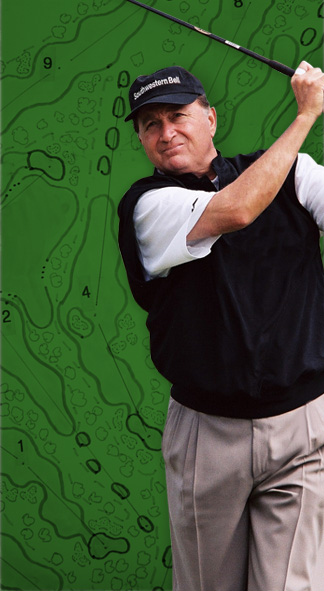 [Apr. 28,2014] I’m in the midst of A Difficult Par, a new biography about RTJ Sr. by James R. Hansen, who writes: “No one can play a Robert Trent Jones golf course anywhere in the world today without being impressed by his fearsome use of sand. This constant element of Jones’s architecture was a matter of fundamental consideration….”

So I couldn’t help but wonder what Jones might have made of Raymond Floyd’s design of the Raptor Bay Golf Club in Bonita Springs. Because Floyd tossed the fundamentals right out of the window at this southwest Florida course, the first to test the mettle of the Golf Road Warriors. There’s no fearsome use of sand, that’s for sure. There’s no sand at all! Not a single bunker, which certainly makes for a different golf experience, a different psychological mindset for players.

It makes the course seem more benign, and at a slope rating of 122 for the blue tees we played from today (6,153 yards), this is not a track that is going to wear you out. But beware the false sense of security!

As the club’s tournament director Dave Allyn warned us before we set out, “I think the course is underrated, frankly. There’s only one cut out there, so if your ball is heading a little off course, there’s very little to stop it. Also, Floyd and his team put an emphasis on the short game; many of the greens are crowned, so there’s a lot of roll-off on greens that are tough to hold in the first place.”

All of which turned out to be quite true. There’s also plenty of water to contend with, and surely it’s the rare round where a player doesn’t rinse at least one ball. Recommendation: Bring extra ammo. And we also needed to figure out how to play out of the crushed shell waste areas that take the place of the bunkers. (See fellow Road Warrior Hal Phillips’ piece for his tutorial.)

I have to say I didn’t really miss the bunkers—and not landing in, hitting out of or raking them seemed to speed up play, too. (A not inconsiderate notion, since Raptor Bay can get pretty busy with groups in its high season, January through March, including contingents from the Boston Red Sox, which makes its winter home here.)

Since the 50 miles of white sand beaches of the Fort Myers/Sanibel area are particularly noted among shell collectors, the crushed Coquina shell waste areas seemed even more apt, not to mention aesthetically pleasing–blindingly white, and setting off well with the pervasive green (Tiff Eagle on fairways and tees, 419 Bermuda on the greens). They also often served as cushiony cart paths. 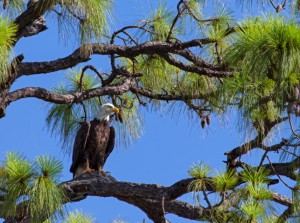 I birdied the tenth hole today, but though there are eagles to be had or seen at Raptor Bay, we came up empty today.

We were a few days removed from Earth Day, but then any day is an ecological playground at Raptor Bay, which was built from the start with an eye on natural stewardship; the course was the first resort Audubon International Gold Signature Sanctuary designation in the world only five months after opening in 2001. Built as a partnership with WCI Communities and Hyatt Hotels, the course is a sanctuary indeed, with nary a home visible from the fairways, other than those of nesting ospreys or bald eagles. (The spires of the Hyatt Regency Coconut Resort and Spa—our home for the trip–occasionally rose above the flora as an aiming point.)

Hal and I shared a cart, so the teams were set for the matches to come. Brian McCallen partnered with videographer David Whyte, fresh from Scotland, and David made it clear on the fifth hole that there would be no quarter given.

The course begins with a wide-open and expansive feel with a par-5, two par-3s and a par-4, before a tighter tree-lined corridor greeted us on the fifth tee. The other three proceeded to blast shots well right into the bush. I was on my merry way to a regulation par—fairway, green, two-putt—but first I made the mistake of finding David’s ball. The nature of the course is if you can find it (as Brian and Hal could not) you may well have a shot at it. David blasted an incredible shot out, chipped up and snagged his par. So that’s the way it was going to be.

And that’s the way it was until we walked off the eighteenth, down two. Never has such a battle been waged so fiercely for free beer. But I have to say there wasn’t much agony of defeat. Raptor Bay is such a fun course to play, that I’d gladly return to have at it again. Though short, it’s not a course one can overpower. Accuracy off the tee and a deft touch around the green are the primary requirements. You can leave the sand game at home. 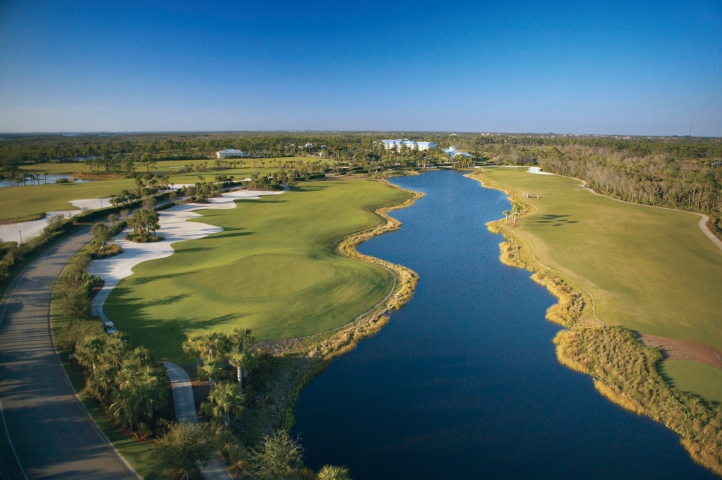