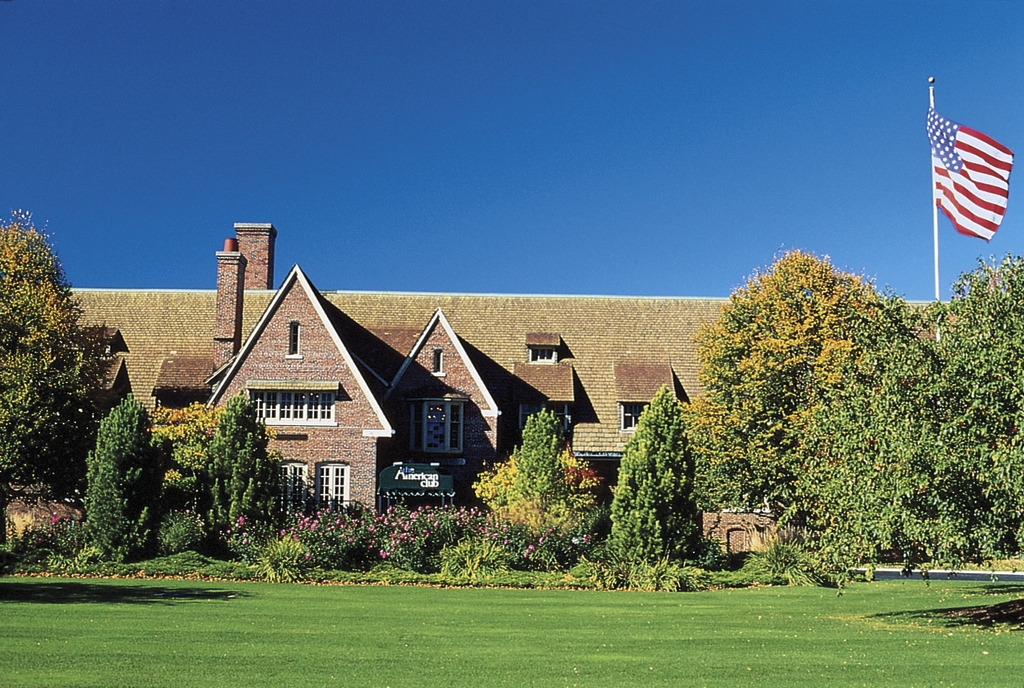 The American Club in Kohler, Wisconsin

[<<Previous post: The Bold Taste of the Kohler Festival of Beer]

In more or less chronological order, Kohler has been: a family, a business, a town, and a tourist destination with a golf emphasis.

Johann (later John) Michael Kohler Jr. was ten when the family settled in American from Austria in 1854. Nineteen years later, and married, Kohler gave his father-in-law $5,000 and took the majority interest in an iron foundry and machine shop in Sheboygan. The company mostly made farm implements, such as a cast iron horse trough and hog scalder. But in 1883, Kohler had a notion to put feet on the trough and coat it with enamel so that it could be used as a tub–for humans. The first sold for a cow and 14 chickens.

In less than a decade 70 percent of the company’s business was devoted to plumbing fixtures and the die was cast, so to speak. Kohler purchased farmland west of Sheboygan in Riverside and established the company’s new foundry there in 1899. 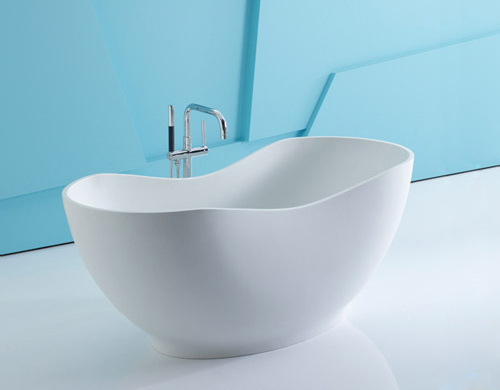 A more modern version of the old hog scalder

Kohler, Herb Jr.’s grandfather, died shortly after the new headquarters opened, but by 1912, with Walter Kohler (Herb’s uncle) at the helm, the company became known as the Kohler Co., and Riverside incorporated as Kohler Village. A 50-year master development plan for the town was finished in 1917 by the Olmstead brothers–of New York’s Central Park design fame. (A second was completed in 1977.)

“I can see a beer festival as being a natural tie-in for Kohler,” said Richard Blodgett, who wrote the 2003 corporate history, A Sense of Higher Design: The Kohlers of Kohler. “The American Club was originally a dormitory for immigrant workers, many of them from Austria, so beer was naturally a big part of their lives, and the company had no objection to workers drinking after hours. Beer is in the family makeup.”

So is civic involvement; Walter Kohler became the Governor of Wisconsin in 1929, while still running the company. His Governor’s mansion, Riverbend, has been refurbished as a luxury members-only retreat.

Herbert Kohler Sr. took over the reins in 1940 and continued the company’s two-pronged endeavors (in 1920 Kohler had begun an engines and generators division, Global Power).

The course wasn’t always smooth for what is today one of the most successful private companies in the world. The company had to lay off workers during the depression, and in 1954 began a dispute with the UAW-CIO that lasted six years and is still on the books as the longest strike in U.S. labor history. 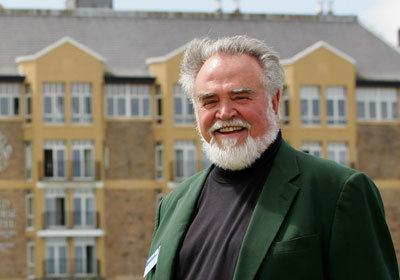 The son succeeded his father in 1972 and, as mentioned in yesterday’s post, took the company into new, additional directions.

There’s no telling if Herb Kohler will actually attend the 2012 Kohler Festival of Beer, though anything is possible.

“He’s a character, all right,” said Blodgett. “One year when the Green Bay Packers were in a divisional game to advance to the Super Bowl, there was a noontime rally in front in of the plant. Herb not only attended, but he had dyed his hair and beard green and gold. He’s really into that sort of stuff.”

It was also Kohler’s idea to change The American Club into a luxury hostelry; it reopened as such in 1981. Five years later it garnered a AAA Five Diamond designation, which it has retained ever since.

Each guest room in the hotel honors a famous American with a portrait and various papers of memorabilia framed on the wall. I’m in the George Eastman room. I suppose I could ruminate on the fortunes of another company town, Rochester, and the bankrupt Kodak, as I fire away with my digital camera.  But there are beers to be sampled, so I probably won’t.

[>>Next post on the Fesitval: By the Great Wall of China]