The Session is, or has been, a monthly effort where beer writers around the interwebs respond to a topic question each first Friday. This is the 142nd installment, so it’s been going on for quite a while.

It also appears that this will be the last, according to Stan Hieronymus, who got the ball rolling in the first place. If the Session has lately been long of tooth, or even missing a few, it’s had a hell of a run since March, 2007, as Stan notes in his announcement for this month’s topic, “One More for the Road.”

I was late to the game, first diving in for Session #68 in October, 2012, and stopping by sporadically thereafter. It was always fun, I wish I’d done it more often, but time and tide….

Stan suggested a last Session should ponder “Last Beers,” ones to turn to when some kind of end is near, whether the end of the Session, the end of a meal, the end of the day or, presumably, The End. A brew that would serve as we turn out the lights. He’ll sum up the responses at his always worthwhile site, Appellation Beer.

Turns out I wrote about this once before at the urging of a golf editor who put pretty much the same proposition to me. Since I don’t appear to have changed my mind, I’ve updated the piece here. 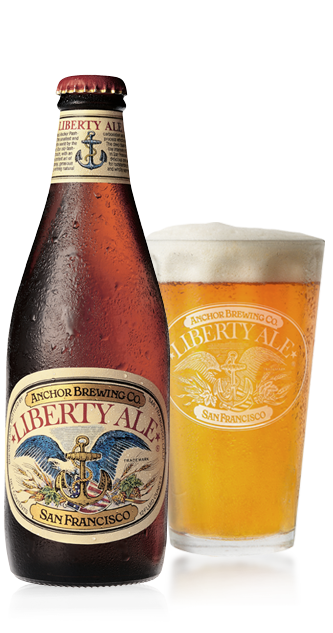 If limited to one beer for the rest of time–but not limited as to how many I could have–I wouldn’t choose anything overly potent, for example. I wouldn’t want a challenge every time I lifted a glass.

But I would want something with enough agreeable depth of flavor that it would have a chance of holding my interest. Though the premise is actually horrifying in this day and age of so many beer possibilities out there, I’m pretty sure I could make do the rest of the way with Anchor’s Liberty Ale.

However, when it comes down to the last beer–the final roundup–two things are certain: I’d make it a strong one, and I’d make sure it comes in a big bottle. Which immediately rules out the choice of Orval, the Trappist-brewed beer from Belgium that is one of my all-time favorites, but comes only in 11.2-ounce bottles.

Other Trappist Ales would do nicely, and have a notion of divinity clinging to them, which could prove useful in the end time: Chimay Blue, Westmalle Trippel, Rochefort 10 or, if there was any easy way to get one’s hands on it, Westvleteren 12. Any would suffice if the end is still far off.

(Westvleteren 12 did make an appearance on these shores a few years back, but in limited supply to about 20 states, with boxes of six bottles and two glasses going for $85. At the time I went to Provisions, a classy food and spirits shop in Northampton, Massachusetts, which had managed to snag some of the allocation. On the day the beer became available, there was a line out the door and the shop ran through its provisions in five minutes.)

The Mayan calendar was in the news a few years back, too, suggesting that the end of the world would be arriving at midnight, Dec. 21, 2012. Clearly, something was off with that reckoning, but if it had been on the money the logical beer pick might have been Unibroue’s La Fin du Monde (literally, “the end of the world”). Or another Quebecois brew, Dernière Volonté (“Last Will”) from the Brasserie Dieu du Ciel in Montreal.

If I feel the earth starting to move under my feet, however, I’ll try to make it down to my beer cellar (i.e., the garage), where I’ve been aging a few bottles of the Sierra Nevada Our Brewers Reserve Grand Cru.

It was brewed in 2010 to celebrate the Chico, California brewery’s 30th anniversary and released in 2011. The beer is no longer in the marketing pipeline, so I figure I’m better off than all those folks who were waiting in line for the Westvleteren 12.

The Grand Cru is a strong beer lover’s dream at 9.2% ABV, but with all the depth and complexity one can hope for in a beer. It’s actually a blend of three beers–Sierra Nevada’s flagship Pale Ale; its annual holiday hopfest, Celebration Ale, and its lid-lifting Bigfoot Barleywine-Style Ale. An added fillip is that the Bigfoot was aged in oak before the blending.

The commingling end result of rich malt, hops and wood would help in facing the end result with a smile–and going out with a bang instead of a whimper. 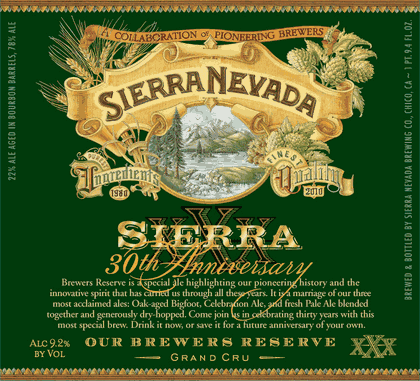