I can’t say that I find the task of beginning a weekly beer journal a particular daunting task; unless sick, asleep, or flying through confusing time zones, I drink at least a beer everyday, and if it’s one I haven’t had before so much the better, because I love trying unfamiliar beers.

And that’s the simple premise of this ongoing beer tasting and journal–notes on some of the brews that weave through my weekly routine, as I write about beer for this website and other outlets, as I simply get through life from my home in southern Vermont, or while I’m traveling on a writing assignment or vacation. Regular readers will get to know a little about me and the people in my life, a little about my tastes, and a lot, I hope, about different beers.

Since I actually drink more than one beer a week, other pieces in the Beer on TAP category will attend to the spillovers and other beery matters. So let’s have a beer:

In my personal Beer Hall of Fame, Anchor Steam Beer will always be the first inductee. It was well over twenty years ago now that my wife, Lynn, uttered the sentence she has ever since wished she could take back. We were in some obscure restaurant in New Hampshire, one of the more intriguing features being a shelf of beer bottles and cans running around all four walls, and a beer menu of brews I’d never heard of, including Anchor Steam Beer. It came in a squat little bottle with a colorful label, and prompted Lynn to say, “Why don’t you start a beer bottle collection?”

Well over twenty years later, I have over a hundred batches of beer behind me, have written almost as many beer articles, and the beer bottle collection has taken over the basement. That first Anchor bottle is still there, and I’m happy to say I’m still married. 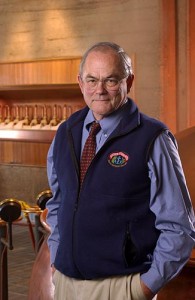 But Anchor Steam Beer is important for more than personal reasons. That colorful label on the bottle says, “Made in San Francisco since 1896,” but the truth is that the beer and the brewery were saved from extinction in 1965 by Fritz Maytag, scion of the appliance Maytags, then a graduate student at Stanford. Maytag was at the bar of the Old Spaghetti Factory in San Francisco having an Anchor Steam, when he was told that if he liked the beer, he ought to head over to the brewery, because it was only days away from closing its doors.

He did, and as far as the appliance business went, it was the ruin of him. Once he hoisted Anchor, Maytag refashioned the company into a small-scale all-malt brewery that served as the model for many of the small-scale all-malt breweries that have followed. It’s not so small anymore, but Anchor Brewing is still the quintessential craft brewery, and its entire roster of beers is world class, from Anchor Porter, Liberty Ale, Old Foghorn Barleywine, to the annual Christmas beer, Our Special Ale.

The flagship brew, Anchor Steam, is brewed in long, wide, and shallow fermenting tanks at temperatures higher than normal for a lager. This tends to give it a fruitier, ale-like character. Amber in color, with a sweet malt and flowery hop nose, the brew is full-bodied with a bracing hop bitterness. The Steam style is unique (and the name trademarked), and its ancestry as hazy as a San Francisco fog. But the story with the most currency is that the beer used to be fermented in barrels, and when they were tapped, a steam-like gush of carbonation would jet forth. Anchor certainly propelled me in a pleasing direction, and I’m pleased to have it start off yet another collection. 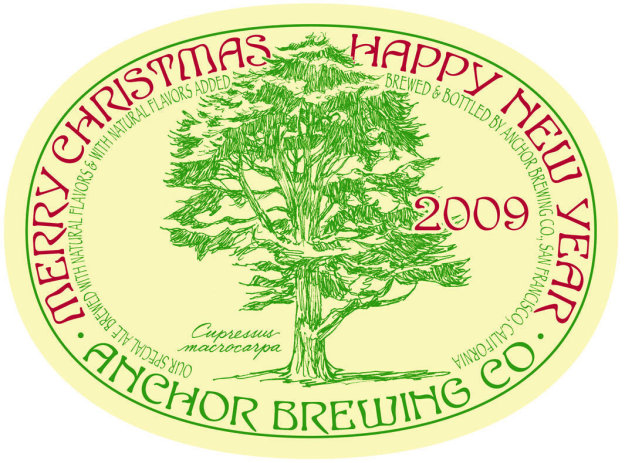 6 Responses to “TAP Beer of the Week 1: Anchor Steam Beer”