It’s not easy reviewing a beer that doesn’t exist. But as I’ve been drinking it for the last two nights, I’ll do my best.

One need merely flip the cyber page to last week’s TAP Beer of the Week entry to see how this one developed. I promised to pick a specialty beer of whichever brewery won the Super Bowl XLVI wager, and we all know how that turned out.

The only wrinkle from what I reported last time out is that the beer on tap was Brooklyn BLAST! instead of the flagship Brooklyn Lager. This may have seemed like the only bit of luck for New England fans; the BLAST! is usually found only in the Brooklyn Brewery tasting room.

Though I’m from New York, living in Vermont for 20 years, I didn’t have a dog in the Super Bowl hunt because I’m indifferent to football (unless I’m irked with it).

It would have been no hardship to have to pick out a Harpoon specialty. I’ve enjoyed some of the Leviathan series beers and always pick up the latest 100-Barrel series offerings if I’m not too tardy to the counter. It may already be too late for the Vermont Spruce Tip Ale, now being overtaken by a Black IPA.

But I did find the Giants victory convenient, since I happened to have two bottles of the Brooklyn Brewery Black Ops on hand. My brother gave me one for my birthday toward the end of 2010, and I bought one (at about $20) last December. Black Ops suggests clandestine doings, so secret that they’re secrets within secret organizations. Let’s not get all political here, though the temptation is great (think Dick Cheney and Blackwater and a secret CIA assassination program).

The world of Black Ops is probably better captured in video game terms, since it’s all in fun and no one gets killed for real. (Indeed, the seventh instalment of the “Call of Duty” video game series is also called Black Ops.)

With a nod to all this spy stuff, the Brooklyn Brewery disclaims all knowledge of the beer, and refers to it only in classic doublespeak:

Brooklyn Black Ops does not exist. However, if it did exist, it would be a strong 11.3% ABV stout concocted by the Brooklyn brewing team under cover of secrecy and hidden from everyone else at the brewery. The myth is that this supposed “Black Ops” was then aged for four months in bourbon barrels, bottled flat, and re-fermented with Champagne yeast. Presumably such a beer would raise a rich, fluffy dark brown head and it would combine chocolate and coffee flavors with a rich underpinning of vanilla-like bourbon notes.

A beer like that would be mighty nice, but it would be hard to make more than few cases – it could never be sold or released to the public. They say that the brewmaster revealed the beer to a few other people at the brewery only after it had been barreled. The rumor going around is that the brewery plans to drink the beer themselves over the holidays and give some to their family and friends. That’s what they say. But frankly, there’s no evidence for any of this. This beer is obviously a figment of people’s fervent imaginations. People tend to get loopy around the holidays. Everyone go home now –there’s nothing to see here. 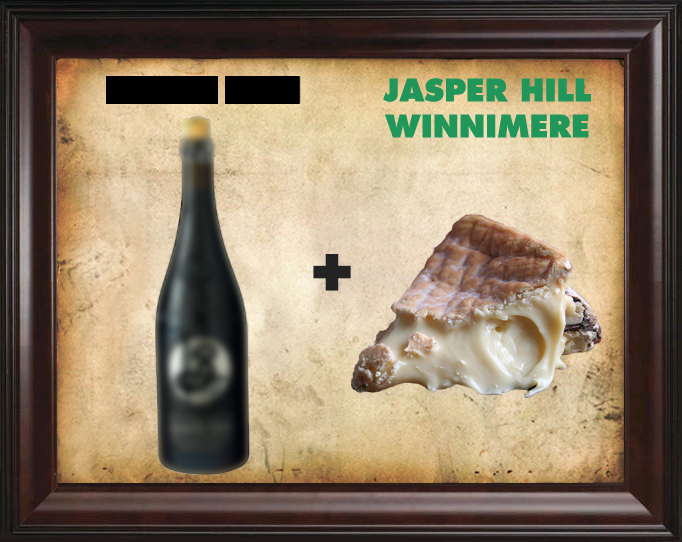 The cheese fares better; the Winnimere by Jasper Hill Farms is a seasonal runny cheese made from the winter milk of the farm’s Ayrshire heifers, wrapped in spruce bark and with a rind washed by a lambic-style beer from its Greensboro, Vermont neighbor, the Hill Farmstead Brewery.

Those of us with our own secretive methods can find a back door into the brewery’s website and download an image of the beer, but no information on where it might be available, since it doesn’t exist. A brewery spokesman, Dan D’Ippolito (a potential pseudonym), leaked this to me: “Rumors have it that the beer generally comes out in November, and will therefore be available during the Christmas season where quantities last. People claimed to have seen it last year in all 26 states, although of course if [Brooklyn Brewery] were to produce a beer like this, it would only be in very small batches.” 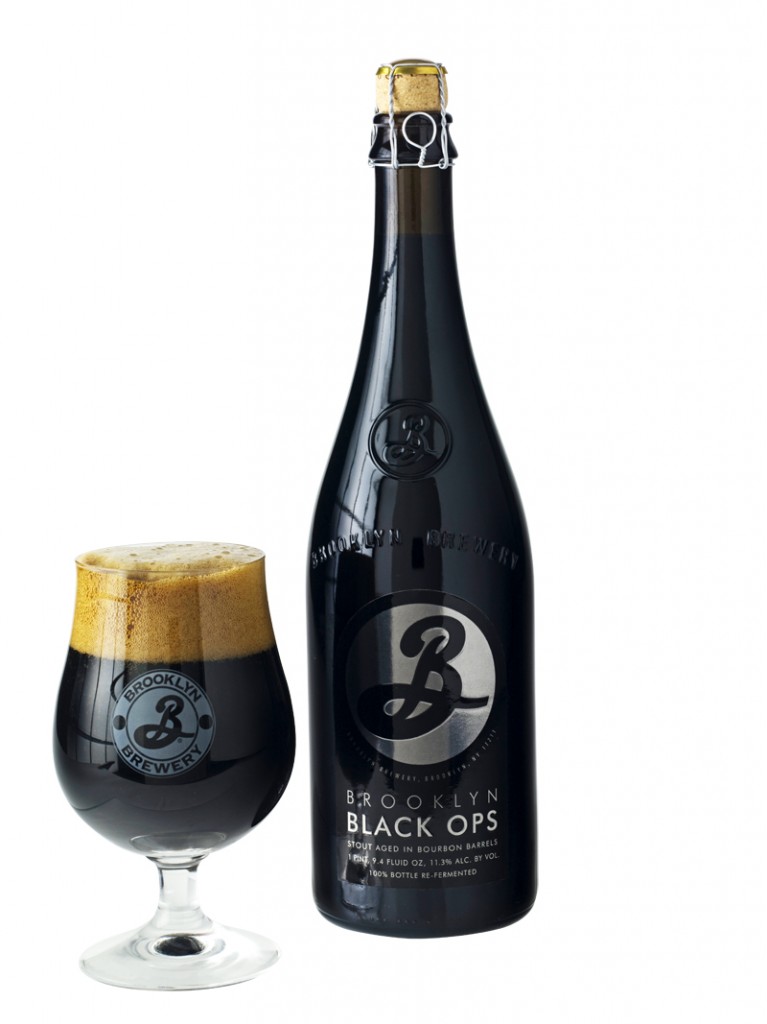 What more is there to say? The non-tasting notes above are pretty spot on. The beer is indeed as black as a night in Siberia, but luxurious enough to please a Russian countess. It has a velvety sweet palate mixed with the weight of the whiskey huskiness. It’s big in all aspects, including the one pint, 9.4-ounce bottle.

I had meant to drink the 2011 batch first, and the 2010 bottle the next night, but mistakenly did it the other way round. This was interesting, though: I would have thought the effects of the barrel-aging might have dissipated a bit in a year’s time.

Not so. Bourbon is aged in charred white oak barrels, and the smoky whiskey notes were far more pronounced in the 2010 batch. It was just this side of harsh, the 2011 seeming a bit more mellow, in a relative sense. After the fact I’ve noticed that one bottle is rated at 11.3% ABV while the other is 11.6%, but I don’t know which is which. There’s some bottling information numbers on the back, completely indecipherable. Obviously in code.

I’m not a whiskey drinker, but I preferred the 2010 to the 2011 bottling. Not because I drank the entire bottle by myself (I shared the 2011); I just liked the in-your-face flavors more.

Make no mistake, the 2011 is a ravishing Imperial Stout as well, just as ready to seduce you and then knock you over the head. Drink two bottles and you’ll wake up naked, behind enemy lines and without your passport.