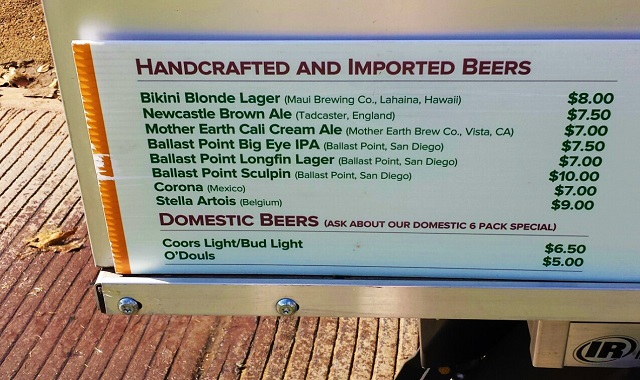 I tend not to drink and drive, but when the beverage cart rolled around at the Maderas Golf Club I went a little google-eyed and changed my plans. Right on the side of the cart a menu listed three beers from Ballast Point, one from Mother Earth, one from Maui Brewing. True, the usual bellywash from Bud and Coors was available, too, but I nonetheless realized that in San Diego, at any rate, the war is over, and craft beer wins.

That means any golfer who hopes to find some swing oil a cut above the fizzy yellow water norm has cause to rejoice, once the rest of the world follows the San Diego example. (Which it increasingly does.) I know a little about golf and beer—not solely from personal research, mind you—and feel I can make a fair claim to declaring where the ideal places on the planet are if you want to indulge in the best of both simultaneously. San Diego is clearly among them, may well be the best of the bunch and southern California weather doesn’t hurt.

This wasn’t my first trip to San Diego, and I certainly hope it won’t be the last. But it was my first time to play the two Troon-associated courses at the Park Hyatt Aviara Resort and Maderas. Troon, the courses and some of the San Diego breweries had arranged the November [2015] trip to give a few golf writers a taste of the golf+beer possibilities, and a savory sampling it was.

The full menu is downright astonishing. There are close to 100 golf courses in the San Diego region (and even more craft breweries). And we’re not talking dog tracks. Think Torrey Pines (and the inevitable memory of the sensational Woods-Mediate duel in the 2008 U.S. Open). Think about the elegant Grand Del Mar resort with its Tom Fazio track, or the Barona Creek Golf Club and Resort which adds a casino to the mix. Think the renovated course at the Rancho Bernardo Inn. Add Maderas and Aviara to the don’t-miss list. 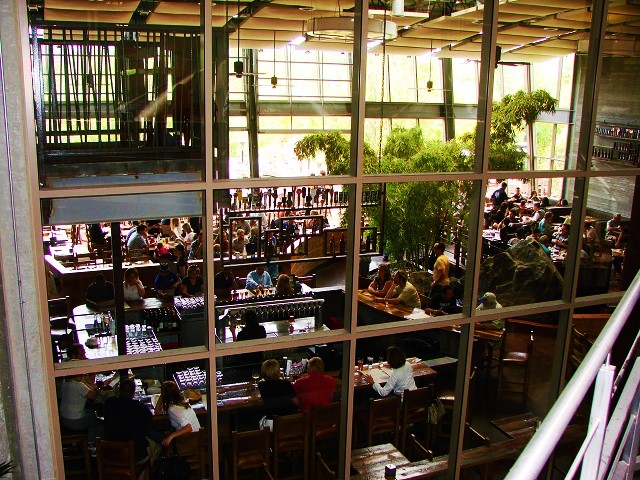 The local brewing scene is so prolific that the annual San Diego Beer Week actually lasts ten days. And while hardly alone in fomenting (or fermenting) it all, the Stone Brewing Co. was and is a major catalyst. Founded 20 years ago by Greg Koch and Steve Wagner, the company has swept to success on waves of wildly hoppy and experimental beers. The waves are virtually oceanic now, as Stone has grown to be the ninth largest U.S. craft brewer.

Ken Wright, who led us around the Stone plant, said, “The mission statement here is basically—build the plane while it’s flying.” The current flight path includes the recent opening of a European branch in Berlin and a new production brewery and restaurant about to cut the ribbon in Richmond, Virginia.

Stone is also a distributor and the beer list at the appealing open air restaurant is nothing short of staggering even before partaking, close to 150 world-wide beers on tap and in bottles, more than a few that qualify as world classics. Impressive enough that the brewery turned out 400,000 barrels of beers in 2014, and about 120 different varieties. It’s also a culinary magnet. 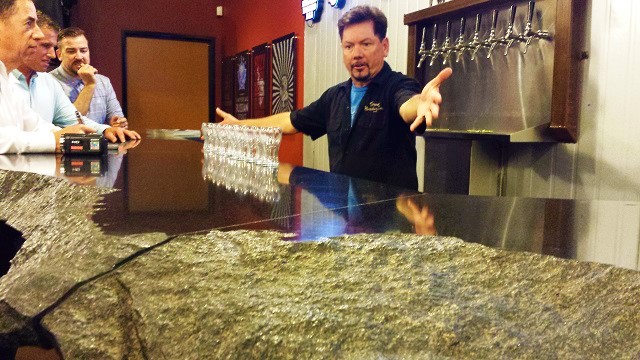 Ken Wright in his Behold the Mighty Stone Brewing mode

It was instructive to visit Stone after we’d paid a call to Rip Current Brewing of nearby San Marcos. Touring the compact brewery and tasting room it wasn’t hard to imagine that this was how Stone began. Rip Current, which began late in 2012, has been strong out of the gate. It won the 2015 Brewer of the Year award at the Great American Beer Festival, in the Very Small Brewery category. That meant it had brewed fewer than 1,000 barrels in 2014.

Co-owner Guy Shobe estimated that Rip Current would likely soar to 1,800 barrels in 2015, probably bumping it up to the Small Brewery category. He didn’t appear in the least worried.

Rip Current won the award because out of more than 6,600 entries from over 1,550 breweries at the GABF, two of its beers won medals: Break Line Bock took gold, while the lid-lifting (10% ABV) Black Lagoon Scottish Strong Ale (or Wee Heavy) took silver. We tried the winners and some of 18 other brews on tap, as well as a bourbon barrel-aged version of the Black Lagoon that hadn’t been released yet. 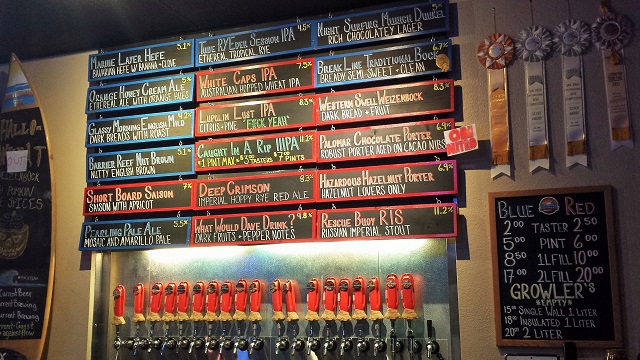 One is not going to find a barrel-aged Wee Heavy out on golf courses any time soon, or some of the more esoteric offerings from small breweries. But at least it’s nice to find some wider choice these days. Indeed, we were encouraged to sample the range of beers as we set off to play the course at the Park Hyatt Aviara Resort, our sumptuous headquarters for the trip. It’s one of the few times I’ve been actively encouraged to drink, and I’m here to report that it was a refreshing attitude.

Defending champ Lydia Ko and other LPGA stars will be returning to Aviara on March 23, 2017 for the first round of the Kia Classic, held since 2013 on the Arnold-Palmer designed course. (The Women’s Tennis Association held the first Carlsbad Classic here in 2015, befitting Aviara’s equal status as a tennis resort.) 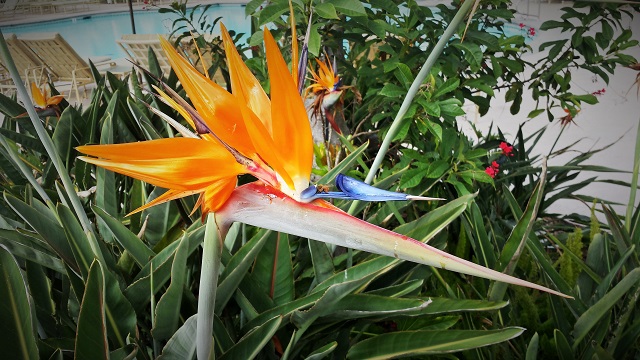 It’s a bird, it’s a flower–it’s the Bird of Paradise flower, poolside at the Park Hyatt Aviara Resort

It’s not hard to see the appeal for women, or anyone else. The resort, as the course, is a verdant Eden of tropical flora, fronting the fecund Batiquitos Lagoon and tumbling through 200 acres of hill and valley. The resort is an ingratiating take on Spanish colonial design, all tinged with some salty Pacific breezes. It has amassed a passel of five star, diamond and other glittering awards.

The course is also landscaped to a fare-thee-well, with the third the first postcard hole, a short par-3 over a pond to a green tucked between two streams. The par-5 eighth is another where your camera is as important as your club selection. It’s possible to reach in two, but if you rinse your second shot like me, you can go right to the photo souvenir option. 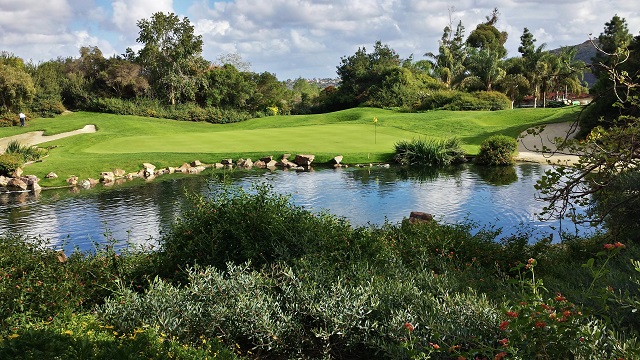 Aviara features beers from the local Stone, Coronado, Mother Earth and Ballast Point breweries, and one can complement them later with some serious tucking in at the resort’s Argyle Steakhouse, with a side of Wagyu beef, perhaps?

The round at the Maderas Golf Club the next day included my pleasant astonishment at the beverage cart offerings and the course itself, another natural wonder. A co-creation of Johnny Miller and the late Robert Muir Graves, Maderas is always high in the rankings of California’s accessible golf courses, and was named San Diego’s best course seven years running. It exemplifies the private-course-for-a-day experience, but without any airs.

The course seems to run through a continuous canyon with no end of elevated tees and splendid vistas, some holes trailing into sheltered copses until my head was aswirl with impressions—where was I, in Australia, or playing desert golf, or on an England parkland course…? 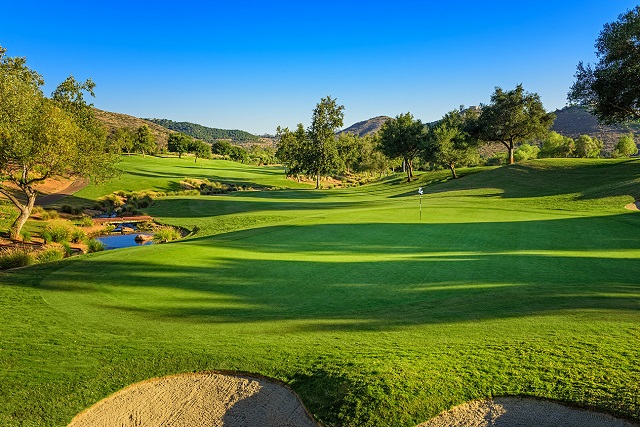 Of course, it may have been the beer, but the variety of holes, shifting natural colors and shadings—not to mention a nifty match four of us had going—had me engrossed from the get-go, and the journey only gets better as the homeward nine ramps up the action and views. If I could play only one course on a return to San Diego, I’d be indecisively balancing Torrey Pines South, Maderas, Maderas, Torrey Pines South….

It could come down to the beer selection. Maderas has a great tap lineup in the clubhouse grill—AleSmith, Karl Strauss, Stone, Ballast Point, Alpine and Coronado—which it puts to particular good use on its weekly Backyard Burger Nights. 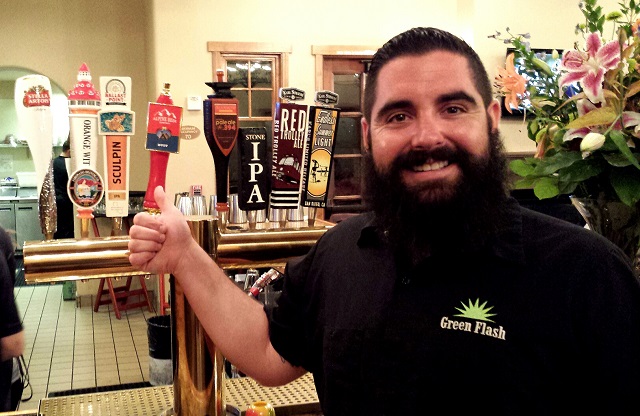 Steve Kincaid of Green Flash in the Maderas grill room

We had a variation on the Burger experience, with several small bites paired with the beers of the Green Flash Brewing Co., another San Diego brewery that started small in 2002, and now sends its intensely hoppy beers throughout the U.S. 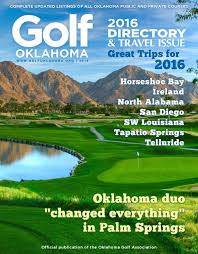 Maybe a sip or three of a Green Flash West Coast Double IPA, Hop Head Red Double IPA, Double Stout, Road Warrior or Palate Wrecker would be in order while contemplating a trip to one of the great confluences of golf and beer in the world. It will surely taste pretty good. Even better, it might seal the deal. 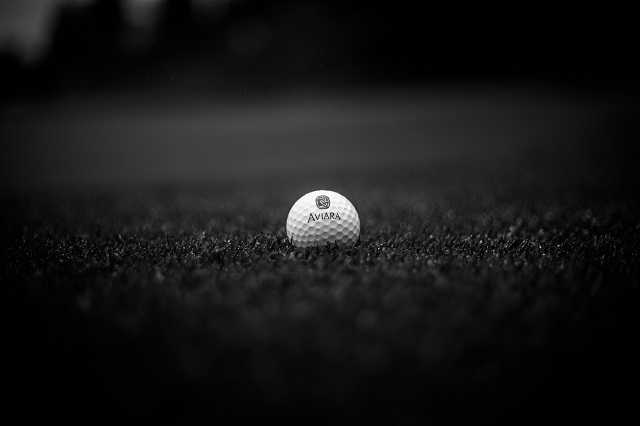 2 Responses to “California Sweet: Pints and Pars in San Diego”