[Sept. 4, 2012]–Our foursome was a few holes into the round at the Purpoodock Club in Cape Elizabeth, Maine, when someone asked David Geary where the name “Purpoodock” came from. 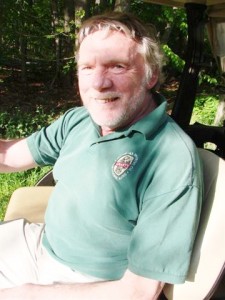 Geary on the golf course

“It’s from one of the Maine tribes,” he said. “It means: Where the wind is in your face—on every hole.’”

Although part of the purpose of the jaunt north was certainly to have a go-round on Geary’s home course, it was more to talk about beer, and his pioneering role in establishing New England’s first microbrewery.

Geary was a medical equipment salesman in the early 1980’s when he became something of a regular at Three Dollar Dewey’s in Portland, then being run by Alan Eames.

“Eames did everything wrong,” said Geary. “That is, everything that conventional wisdom said was wrong. There was no Budweiser, no Heineken, no television. There were benches at long tables covered with copies of the New York Times, classical music playing and people drinking Guinness and other virtually unknown imports.”

(Eames would later replicate the Three Dollar Dewey’s experience in Brattleboro, Vermont—the forerunner to McNeill’s—and continue his beer adventures until his untimely death in 2007.)

“Back then almost all the good beers were imports. We barely knew about the microbreweries out west—there were fewer than 15 in the country at the time—and we couldn’t get any of the beers anyway. But the beers Eames was serving—Gale’s Prize Old Ale, Traquair House Ale—were a revelation to me. Until I tasted it in beer I thought ‘ester’ was a girl’s name.”

The men became friends and at one point Eames said to Geary, “You need to get into the booze business.”

“Eventually I met Peter Maxwell Stuart of Traquair House and we, too, became friends—he stayed at my house on a visit over from Scotland and told me, ‘If you ever need anything, I’ll start you on your journey.’”

The journey began in earnest when Geary and his first wife, Karen, incorporated as the D.L. Geary Brewing Company in 1983. In February of 1984 Geary took off on a four-month journey to the highlands of Scotland and the south coast of England, doing hands-on unpaid internships at various breweries and studying at the Heriot-Watt University in Edinburgh.

The plan for a brewery was taking shape, and a recipe for the first beer being formulated. But first, Geary said, “It took us about a year and half to put together a business plan, find a location, design packaging and raise enough money.” 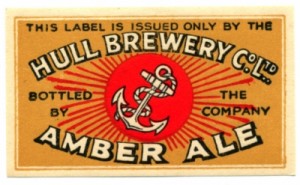 The beer was patterned on a traditional English brew, using yeast that Geary had obtained from the former Hull Brewery in Yorkshire. The yeast has outlived the brewery, now an office complex; Geary has propagated the yeast 4,000 times in a quarter-century.

It wasn’t all clear sailing from the start. “Everything was a bit of a struggle in the beginning because there were no road maps back then,” said Geary. Not everyone made it–he mentioned Steve Mason, who started the Catamount Brewing Company in Vermont in 1986, but which went under in 2000 after an overly ambitious expansion.

“We were never that close to going out of business,” said Geary. “It was never an option.”

It still isn’t, though Geary said older microbreweries have to keep their game fresh: “Initially we had plenty of buzz just because we were new, and we had great demographics.”

The company was almost the only game in town for a time for people looking for something different. But that’s all changed. Portland is now a hotbed of craft brewing and nationwide the brewing universe seems to going through its version of the Big Bang, ever expanding.

The Brewers Association figures from late July showed 2,126 U.S. brewers in operation, with 1,251 breweries in the planning stages.

Indeed, it’s been easier in these southern Vermont parts lately to find beer from Portland upstarts like Allagash and the Maine Beer Company than Geary’s (although Brattleboro Food Co-op beer and wine manager Jeff Houle said he expected to have some soon, as it’s now being distributed in the state by the Craft Beer Guild of Vermont).

Some of this shows on Geary, who has a roadmap of a face and a bum knee that knocked him out of the golf round early. But he clearly still has a zest for the game and a sly humor to help see him through. 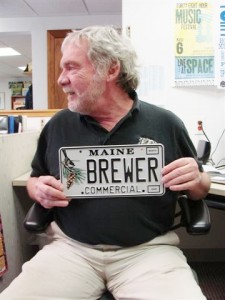 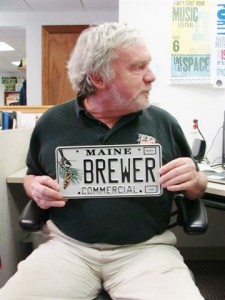 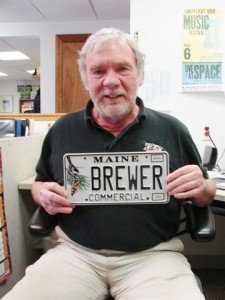 Geary mugs for the camera at the brewery

He fondly recalled the marketing campaign for the company’s Hampshire Special Ale, originally a winter seasonal beer that was: “Available as long as the weather sucks.” But the beer proved so popular that it’s now available year-round, no matter the weather. 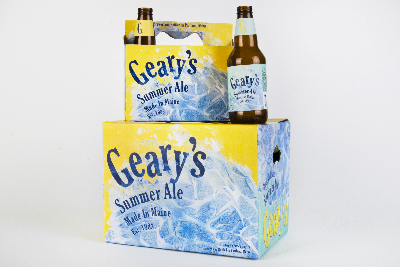 “We’re a 22,000-square foot brewery brewing in 18,000 square feet,” Geary said. “We’re doing 150-barrel brews in two shifts five days a week, about 18,000 barrels a year. But in late fall we’re attaching a new building that will add 15,000 square feet and allow us to do 22-ounce bottlings, ramp up to seven days a week brewing and do some contract brewing. The demand is there.”

The Pale Ale is still the flagship beer, except when overtaken in the warmer months by the Summer Ale, available from April to September, and also evidence of trying to keep the game fresh. The company awards an annual $5,000 scholarship to a Maine College of Art undergraduate who submits the best design for the Summer Ale packaging. (This year a junior studying Graphic Design, Annie Mora.) 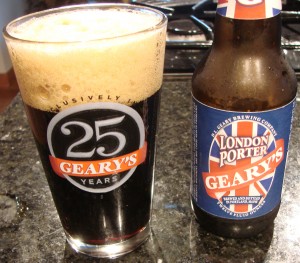 My favorite of the year-round beers is the London Porter, a 4.2% ABV beer which, by not trying to do too much, succeeds splendidly. It was the top choice of a New York Times tasting panel on porters in 2006, which said it, “…hit all the classic porter notes…dry and tangy, softly carbonated, with earthy coffee and espresso flavors….” Fair enough, and I’m picking up some bittersweet chocolate flavor in the mix as well.

At 4.2% ABV it’s a fine session beer, made with pale, crystal, chocolate, and black English malts, as well as Golding hops. But a few American hops sneak in as well (Cascade and Willamette).

As part of the anniversary celebration Geary asked some of his former brewmasters to develop some recipes, hence some departures from the core brands—an Oatmeal Stout, a Wee Heavy, a Red Ale and an Imperial IPA.

But surely Geary knew the whole “Imperial” trend, slapping the term on a style and almost doubling its strength, was a bit ersatz?

With that sly smile, he confessed that surely he did. “Yes, I gave in. Sometimes it’s just easier to ride the horse in the direction he’s going.” 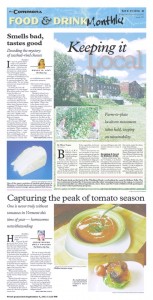 In somewhat different form this piece first appeared in the August 1, 2012 issue of The Commons, an independent non-profit weekly newspaper covering Brattleboro and the towns of Windham County, Vermont.