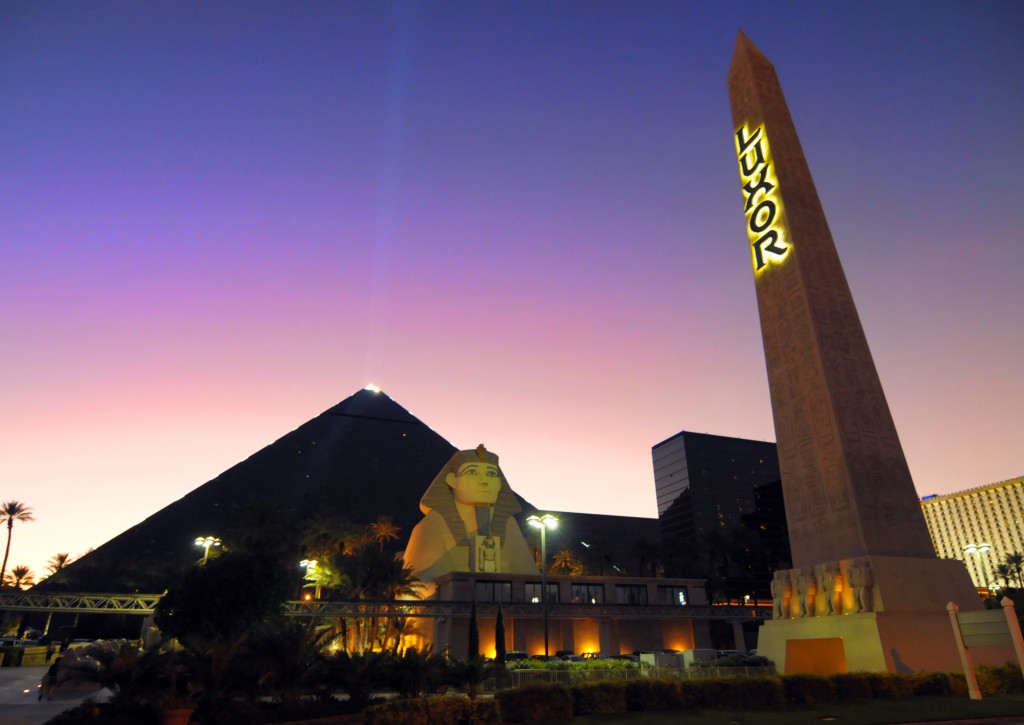 There are pros and cons with everything, including being a Golf Road Warrior. On the plus side, we get to travel to exotic locales, play on great golf courses, stay in luxury hotels and eat and drink at terrific restaurants and bars.

Is there a down side to this, one might reasonably ask? Yes, in the sense that all this keeps us very busy, we try to post about it real time, but we often wind up nodding off while poised over our computers. Yet we still can’t squeeze in all that is available to us.

Three nights in Las Vegas, and I sat down at a blackjack table only once? Stayed at the Luxor, but didn’t have time to take in “Titanic: The Artifact Exhibition”? Or, for that matter, “Fantasy,” said to be one of the top topless shows in Vegas? (Missing Carrot Top seemed less dire.)

But we did get to sit down for a meal at the Public House at Luxor, an expansive sports bar and restaurant, with Walters Golf sales director Brennan Blednick. Brennan was fairly expansive himself, telling tales of Las Vegas that can’t be repeated here. (They’re staying in Vegas.) 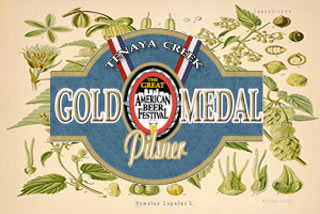 The backdrop was the bulging beer list, with 20 mostly craft beers on tap, another 20 in the bottle, as well as about 20 bottles of the usual bellywash. It raised the question of why one would want to spend $6 for a bottle of Bud Light when for a couple of bucks more you could dive into a Ballast Point Calico Amber, a Death Valley Pale Ale or a Rogue Dead Guy Ale?

Even better, for $7, there was the one local beer on tap, Tenaya Creek Gold Medal Pilsner. As I found out from Tenaya’s head brewer Anthony Gibson, “We’ve been making the Pilsner since Day One,” that being in 1999. “It’s changed a bit over the years, but it’s still a flavorful 5.5% ABV Czech-style lager with a Czech yeast strain, and Czech and German hops for bittering. We let it condition for four weeks.”

It was in good condition before we polished it off and decided to roam over the rest of the list. For some reason—our day’s endeavors at Bali Hai?—Jeff Wallach, Robert Kaufman and I were a mite thirsty. (Our younger counterpart, Aubrey McCormick, ate and ran off to meet up with some friends.)

So the swap and share parade began—a Petrus Blond Ale from Belgium (6.6%); a Stone Ruination IPA from San Diego (7.7%); an Ommegang Hennepin from Cooperstown, New York (7.7%), and then back to Belgium for that most bravely named beer, Delirium Tremens (8.5%),which features pink elephants on its label.

This escalation ensured that we wouldn’t nod off over our computers, since we would lucky to even find the power switch. But it did mean we forgot all about the finals of the 2012 National Beard and Moustache Championships. 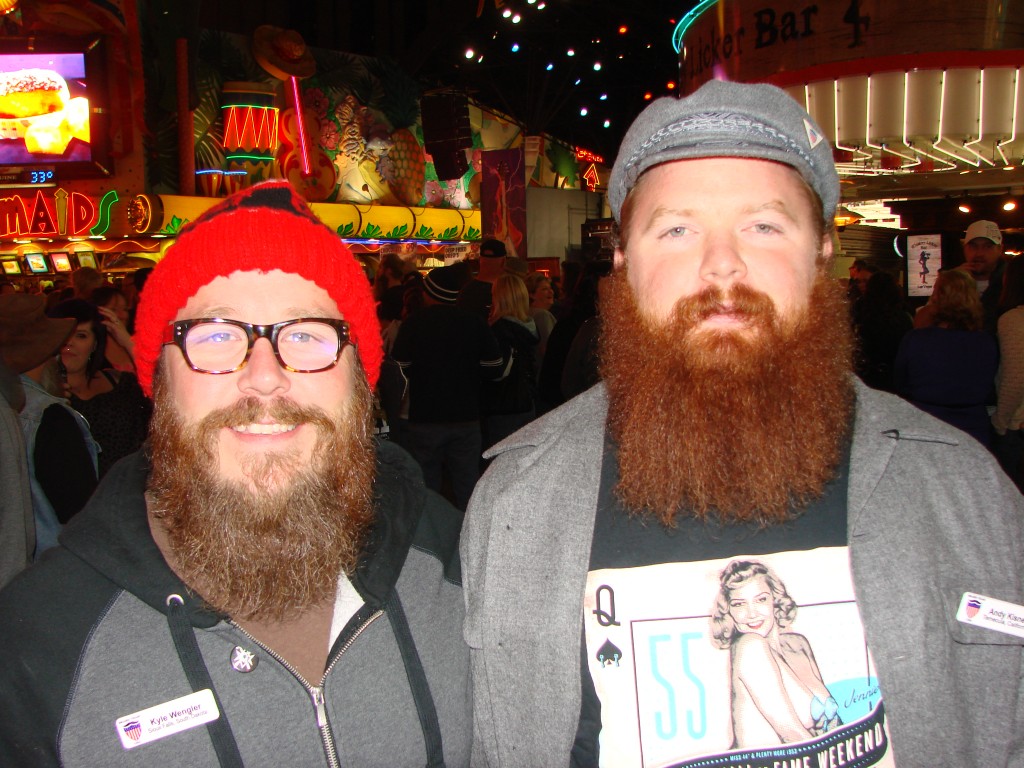 While wandering around Fremont Street on Friday night, we had noticed there seemed to be an unusually large number of unusually hirsute men in the crowd. With due journalistic diligence we discovered 1) that there was such a championship, 2) that it was the third annual and 3) that almost 350 contestants from all over the world were putting their best fuzz forward.

I felt like a real piker among these bushman, though I suppose if I wanted to work on it I could enter 4) the 2013 Championship, September 7 in New Orleans.

In the What Goes Around Comes Around Department, a beer is being made from yeast cells culled and cultured from the beard of Rogue brewmaster John Maier. It should be a golden ale released as New Crustacean (a play on the brewery’s barleywine, Old Crustacean) sometime next spring. We can hope it will make the Public House beer list, if only by a whisker. 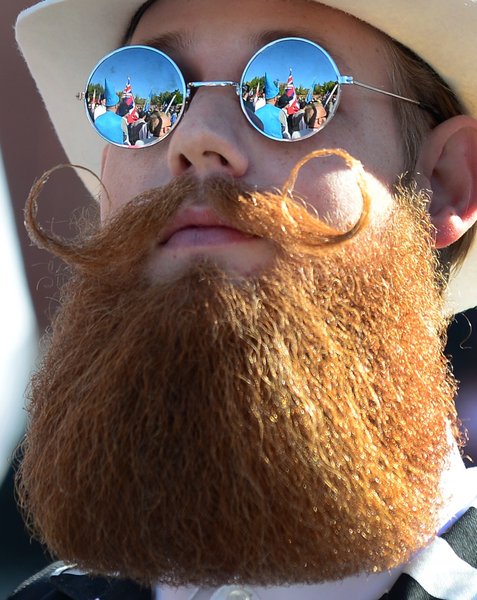 Jeffrey Moustache of Los Angeles (yes, Moustache is his name) won best of the full beards in the Verdi category, one of 18 categories. (Photo by Frederic J. Brown / AFP / Getty Images)