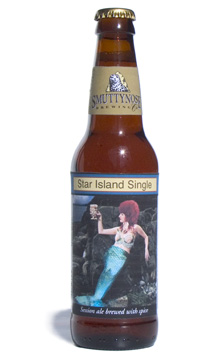 [April 12, 2010] The Isles of Shoals is a collection of small islands a few miles off the coast of New Hampshire. Smuttynose is one (actually in Maine), Star Island another, that one belonging to the Granite State. Well, actually, it belongs to the non-profit Star Island Corporation, which maintains it as a retreat for religious and educational conferences.

Smuttynose has a bit livelier aura, reportedly where Blackbeard honeymooned, and certainly where two women were killed in 1873 in a notorious case that has spawned a number of books. One, a novel by Anita Shreve titled The Weight of Water, was made into a Sean Penn movie in 2000, directed by Kathryn Bigelow. Bigelow won the Academy Award as Best Director this year for “The Hurt Locker.” 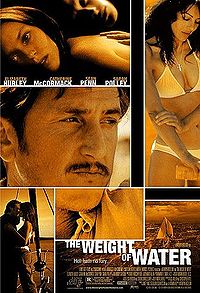 Poster for “The Weight of Water”

Okay, now that we’re up to speed on the cultural bases, let’s get to work on Smuttynose the brewery, which will be pouring both these beers at the May 22 Brattleboro Brewers Festival, along with the Dirty Blonde Ale from its sister company, the Portsmouth Brewery.

Actually, to trace the Smuttynose family tree, one should start with the Northampton Brewery in Massachusetts, opened by brother and sister Peter and Janet Egelston in 1987, making it New England’s oldest operating brewpub. The Portsmouth Brewery was New Hampshire’s first brewpub, opening in 1991. And after buying the assets of the defunct Frank Jones Brewing Co., the Egelstons launched Smuttynose early in 1994. (The pair have since split the assets, Janet running Northampton, Peter the New Hampshire properties with his partner Joanne Francis.)

Portsmouth has made big news the last few years (well, in the World According to Beer, anyway), when it releases its Russian Imperial Stout, Kate the Great. With only 900 or so bottles available on one day of the year, beer fans begin lining up outside the brewery in the middle of the night, like golfers camping out to snag a tee time at Bethpage Black. Once the brewery doors swing open, the available beer is quickly claimed. 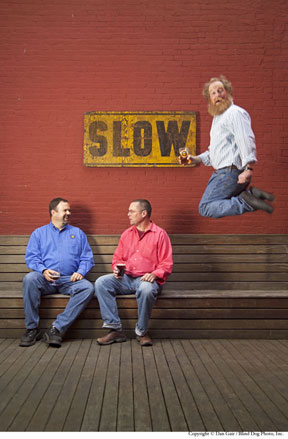 It was only last year that Smuttynose surpassed the brewpub in gross sales for the first time, and growth has been such that a new brewing facility and restaurant is being build in Newmarket, about 20 minutes from Portsmouth. (The Portsmouth Brewery isn’t going anywhere.)

As for the beers, the best part of the Star Island Single, especially considering the reverent aspects of the island, is its label, showing a mermaid with a pile of crimson hair contemplating a shell-encrusted mug of, presumably, Star Island Single. The mermaid is a woman Egelston and Francis ran into in a consignment shop in San Diego, where they were attending a brewers conference. Francis asked her if she would model for the label. Miss Dixie von Trixie was happy to do it, since when not working in the consignment shop she struts her stuff as a model and burlesque performer.

The aroma of the beer is quite fruity, with little detectable hop scent. It’s probably just the beer’s name that suggests the flavor of star fruit, or carambola, but that’s the best I’ve got.

The Single in the title, not to mention some Belgian yeast, suggests the abbey-style leanings of the beer, while the bottle description of a “Session ale brewed with spice,” suggests a beer you can settle in with and have a few of.

I don’t think that will be happening any too soon on my part. It’s a bit too sweet for me, and otherwise strikes me as thin, though the finish is mildly puckering, which may be where the coriander spice comes in. I’m not detecting anything particularly Belgian about it, which would help. Love the label, though. 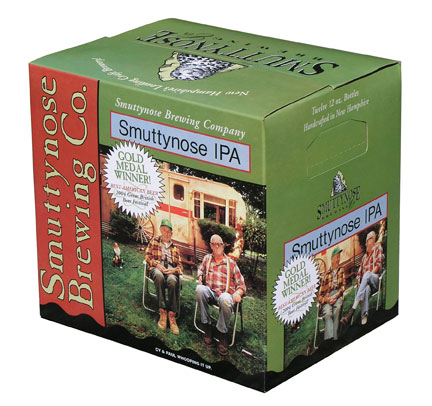 Happily, my reaction to the Smuttynose IPA is almost exactly the reverse. I could see downing a few of these at regular intervals. But then I’m a hophead, and this is a hop festival in a bottle. The aroma is citrusy, although a bit less grapefruity than Cascade hops. (The mix here is Simcoe and the fairly obscure Santiams.)

There’s a nice woody bite to the beer, a pleasing malt sweetness and a bracing hop finish. It’s not a complicated beer, but it’s solid.

Good label here, too, showing two geezers sitting on lawn chairs in front of what looks like a trailer park home. They’re both holding beer bottles and having a good laugh. I’m not sure what this represents, exactly, since it seems far more likely a pair like this would be drinking something like Old Milwaukee Light than Smuttynose IPA.

Maybe someone put some of the IPA in their hands and they’re laughing at how great it tastes? If so, wouldn’t that soon trigger crying in one’s beer, thinking about all those years carrying the weight of bellywash?