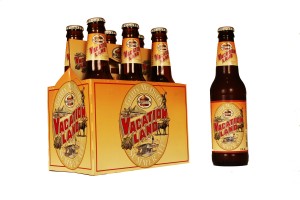 It’s the first day of summer, so what could be more appropriate than a summer ale, albeit one that first hit the shelves in early April?

Clearly, I need to get to Maine more often, since I’ve never been to any one of the three Gritty McDuff’s brewpubs in the state (in Portland, Freeport, and Auburn), although I’ve long been a fan of the company’s Black Fly Stout and its label art, depicting that nefarious gnat is all its swarming glory.

Gritty’s has been around since 1988, when partners Richard Pfeffer and Ed Stebbins opened the Portland brewpub, making it the first in Maine since Prohibition, and the third in New England.

Portland is a swinging beer scene these days, quite in contrast to its earlier history as the site of one of the first temperance societies, founded in 1815. And in 1851, Portland’s mayor, Neal S. Dow, talked Maine’s governor into signing a statewide prohibition act. It became known as The Maine Law, and it outlawed the manufacture and sale of alcohol except for medicinal and mechanical purposes. I’m not sure what the latter refers to. Seems to me downing a brew after mowing the lawn would qualify as a mechanical purpose. 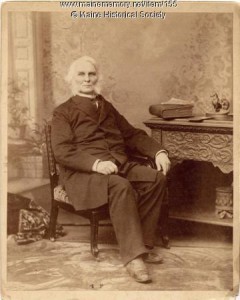 Neal Dow, the Napoleon of Temperance

In any case, by 1855, suspicions arose that Dow himself, the Napoleon of Temperance, had a cache of medical and mechanical goods stashed away. It all came to a head, so to speak, in the Portland Rum Riot on June 2, when Dow had the militia fire in a crowd of a few thousand thirsty rock-throwers, killing one and wounding seven.

The Maine Law was repealed the next year, and Dow’s reputation firmly on the downward path.

But times have changed for the better, and no one in Portland need be thirsty for long anymore.

For some reason, I confess, I had no great expectations for this beer, since summer beers (if usually lagers) are often timid ones, brewers hoping to capture those imbibers stuck in the mass market beer rut. And knowing that Gritty’s bottled beers are contract-brewed at Shipyard in Portland also put some unwarranted doubt in my mind. (There’s absolutely no reason this should matter.)

Net result was that I was pleasantly surprised to find this a quite tasty beer, well-positioned indeed for the season. But it will be best fresh. 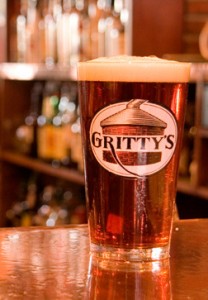 When I had a few bottles direct from the brewery there was an appealingly toasted grain nose (perhaps aided by a touch of wheat malt), a hint of the Cascade hops, a nice touch of malt sweetness and a decent bite in the finish (the Saaz hops?). A fine summer refresher.

Saving my last bottle for today, more than a couple of months, wasn’t a great idea, as the aroma and finish were holding on sturdily, but the palate had thinned out considerably. Which suggests a Vacationland idea to me–get behind the wheel, head for Maine, and pop open a bottle to sample side by side with a pint on draft at a Gritty pub.