The brewing interwebs are hot today, folks, all because of an ad aired during some little televised football game last night. For those who have yet to see it, here’s what showed up during a break in the third quarter:

Put together by the advertising firm Anomaly, the “Brewed the Hard Way” spot has the usual quick cuts and stirring images that suggest drinking Bud is rousing good fun. But the more-than-subliminal text and quick cuts of drinkers paying perhaps a little too much attention to their beers begins to set up the clear us-versus-them standoff.

On the social media today the ad is being poured over, analyzed, deconstructed and parsed with the rigor of Talmudic scholarship. No phrase is being left unturned for its meanings, hidden meanings, connotations and denotations.

I haven’t seen anyone call the ad homophobic yet, but there seems a clear suggestion that drinking Bud is a more manly thing to do than those who “fuss” over and “sip” their “pumpkin peach ales” and who look a little daintier than the macho boys tossing cans of Bud around with athletic grace and heaving cases off trucks while the soundtrack pounds away martially and axes cleave into beechwood and sparks go flying—and why are sparks flying? Is somebody welding something in the brewery?

Certainly it’s an anti-intellectual approach to beer drinking. No need for the examined glass of beer here! Step right up, you unthinking meatheads, we’ve got the beer for you! You, you hipster fags, you can go off and do your little thing over there!

(Yet brewer Tim Brady just tweeted me from the road with this little tidbit, straight from the Bud Facebook page): 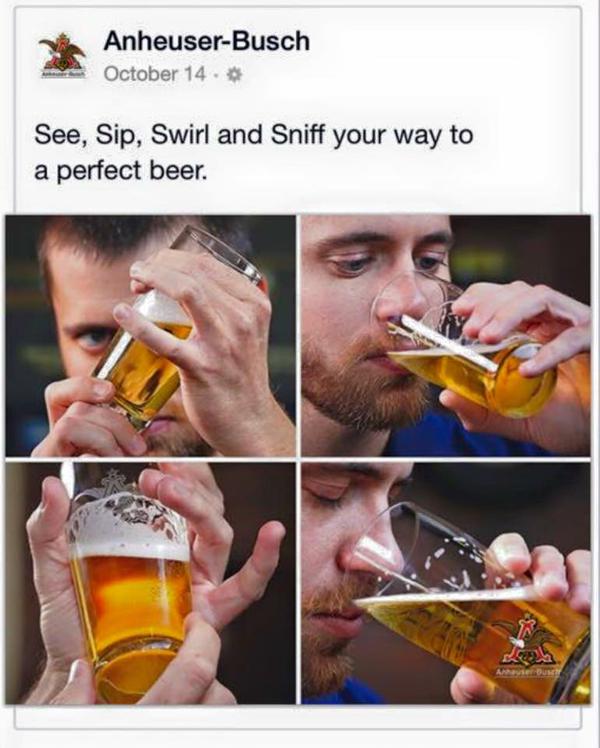 Now, this could all be some sort of Machiavellian genius on the part of A-B InBev, setting up a red state/blue state land of beer drinking, especially since they’ve got both areas covered with the company’s recent purchases of breweries-formally-known-as-craft.

The most recent is Elysian Brewing of Seattle, which must be reeling today, since it made a peach pumpkin ale not too long ago—with pecans—called Gourdgia On My Mind. The beer is no longer produced, but it is being fake checked-in in droves today on the beer posting site Untappd, the beer world equivalent of “I’m Spartacus!” The general tenor of the comments can be summed up thusly:

One of the three owners of Elysian, Dick Cantwell, has admitted to discomfort with the sale, most recently to journalist Jason Notte in this interview on MarketWatch, which took place before the ad aired. As Notte tweeted this morning, “I’d hate to be the punching bag at Dick Cantwell’s gym this morning.”

Indeed, Cantwell e-mailed a Chicago Tribune reporter this morning, “I find it kind of incredible that ABI would be so tone-deaf as to pretty directly (even if unwittingly) call out one of the breweries they have recently acquired, even as that brewery is dealing with the anger of the beer community in reaction to the sale. It doesn’t make our job any easier, and it certainly doesn’t make me feel any better about a deal I didn’t even want to happen. It’s made a difficult situation even more painful.”

Trouble in Paradise, and A-B InBev has been back-pedaling with press statements all day, the tenor of which are corporatespeak for “We were just having some fun,” while drumming up support for their aging King of Beers. Budweiser VP Brian Perkins told AdAge the spot was “…not an attack on craft beer….. The only other beer that we reference in the spot is a fabricated, ludicrous flavor combination of pumpkin peach ale.”

Want to repeat that for Mr. Cantwell?

Last night’s Super Bowl was the most watched show in U.S. television history, so the ad certainly didn’t lack for viewers (some 114.5 million, apparently). The ad may have been worth the $9 million it cost to air.

But I’m guessing otherwise. The tenor of the ad, the latent hypocrisy involved, the strong suggestion that one hand of the corporation doesn’t know what the other is doing and the social media fire that is now ablaze could make this bonehead play (to switch sports for a moment) as infamous as Fred Merkle’s. Put me down as saying the record books will ultimately show that both Pete Carroll and Budweiser have made two of the worst calls in history. 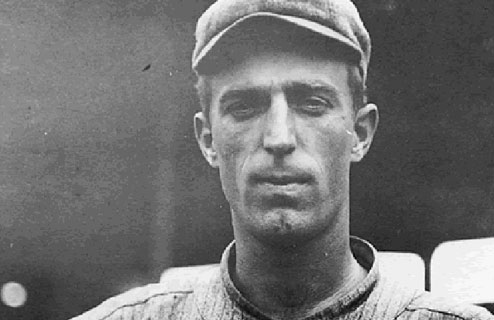