[June 28, 2010]–Faro is one of the more obscure beer styles of the world, but this version from the Lindemans Brewery in Vlezenbeek, Belgium, hit the U.S. market at the beginning of the month, imported by nationwide distributor Merchant du Vin.

Still, it’s not likely to overtake Bud Light in sales anytime soon. Any Bud Light fans who innocently uncap (and then uncork) this beer for their first taste of a lambic should be prepared–their heads will soon be spinning like tops.

The singularity of the flavor is shocking to the uninitiated, and eye-opening enough even for those well-versed in the eccentricities of Belgian brewing. For the former, the briefest of primers:

Faro is a subset of lambic beer, an appellation reserved for spontaneously fermented beers from the Lambic region around and in Brussels. (Such beers brewed elsewhere are usually just called wild beers, which certainly works.) Lambics are made with a generous portion of unmalted wheat (often 30% of the total grain bill), lightly malted barley and aged hops (for their preservative rather than bittering character). 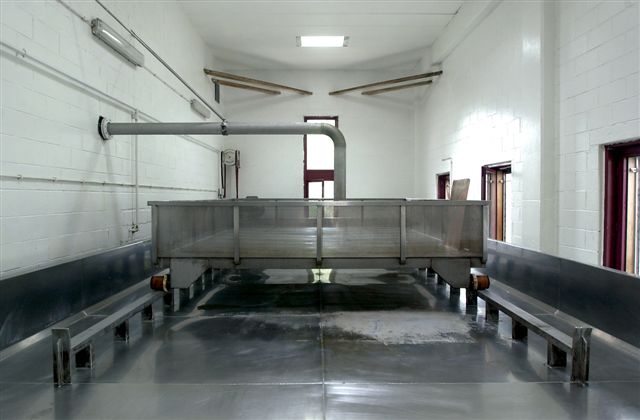 The koelschip at Brouwerij Lindemans

After a long boil (four to five hours) called a turbid mash, the wort is poured into a shallow open fermenting vessel called a koelschip (coolship). Then the fun begins. Brewers basically just leave the windows open, usually for one cool October to May night, and let the wild yeasts–Brettanomyces bruxellensis and lambicus–take over. No yeast is pitched; it’s all, well, spontaneous, the pure magic of nature diving right into the brewing process and producing results that are only roughly predictable. 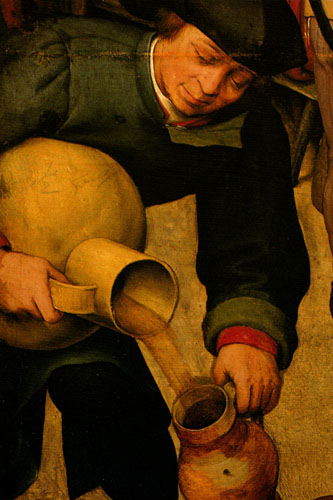 The day after the night of consummation the wort is put into oak casks or tanks with oak chips for fermentation and up to one or two years for maturation. Lambics are sometimes served straight from the barrel in earthenware jugs, just as they are in those old Breughel paintings, particularly in Brussels cafes, but more often different years are blended in a form called geuze (in various spellings), or in fruit versions. Lindemans offers a geuze called Cuvée René, and the typical kriek and framboise lambics (cherries and raspberries). But it extends the line to pomme, cassis, peche (apple, black currant and peach), all imported by Merchant du Vin.

Lindemans Faro typically adds dark Belgian candi sugar to the mix of young and old lambic. The dark green bottle offers no suggestion that the beer will pour out amber, with a mild head, but an aroma that breathes Belgium: fruity–apricots and apples, reminiscent of a cider–with a touch of vinegar.

The palate is simultaneously tart and sweet (in truth, a bit too sweet for me), and does a real dance in the mouth. There’s a moment of velvety coating on the front of the tongue, but the overall effect quickly becomes puckering and finishes sour–in a good way.

Yes, it’s an acquired taste, but it’s no hardship to acquire it. For all its impact of flavor, Faro is actually a fairly mild beer, one that works well as an aperitif, but equally well as a dessert beer, especially with a fruit dish, and certainly a refresher in any season. 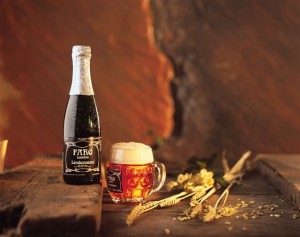 2 Responses to “TAP Beer of the Week: Lindemans Faro”