[Apr. 6, 2010]–What could be more appropriate, as the baseball season blessedly opens, than a beer made in Cooperstown, New York?

True, it’s an ale made in the Belgian style by a brewery now owned by Belgians, but it blends well in the small town that houses the greatest sports hall of fame of them all, of America’s greatest sport.

Yes, Brooklyn Brewery’s Pennant Ale might have done pretty well, too–the large B of the Brooklyn Brewery logo was designed by Milton Glasser with the old Brooklyn Dodger B in mind. But we spotlighted Brooklyn two weeks ago, as we continue our series pondering the breweries that will be pouring May 22 at the Brattleboro Brewers Festival. The Ommegang Abbey Ale is our sixth of an eventual dozen.

For that matter, something like Coors Light might have been apt, too, if one is nostalgic for genuine old ballpark swill. Back in the good old days, when the Dodgers, Giants and Yankees were all in New York, each had their own beer sponsor. I remember them as Schaefer for the Bums, Knickerbocker for the Giants, and Ballantine for the Yanks. In the Mets early days, it was Rheingold. The Dodgers and Giants are long gone from New York, of course, and so are the beers, at least in their original incarnations. 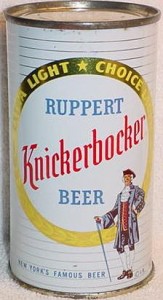 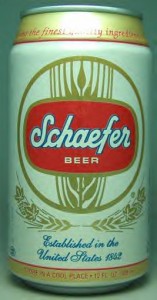 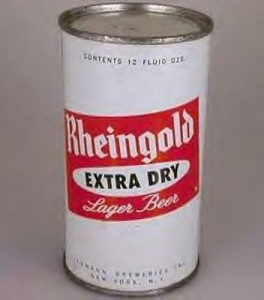 They all had one thing in common–they were pale, bland, gassy lagers, served in big wax cups and probably warm by the time they were conveyed back to one’s seat. They always seemed vaguely sour to me, and there was usually something floating in them–stray peanut shells and skins, flakes of drifting cigar ash. On a hot summer day, enough of them could induce a real stupor by the late innings, probably the inspiration for the seventh-inning stretch.

I actually tried just such an experiment on opening day back in 1997. My nephew Jim had brought some Coors Light here for Thanksgiving or some such holiday, and it continued conditioning, untouched, in the garage, passing through close to ten different calendar seasons in that time. Since the Silver Bullet is not meant for such conditioning, it was in perfect swill shape. I poured it in a plastic cup and opened a few peanuts over it before settling down to watch the game.

Coors Light is the lightest of light beers. It’s been around since 1978, and is bewilderingly one of the most popular beers in American. The light certainly refers to the taste profile–there really isn’t any as far as I can tell, unless it’s two years old and funky. But for those watching waistlines there’s really nothing particular light about the Silver Bullet at roughly 105 calories per can at a 4.2% ABV. 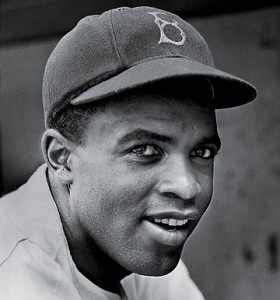 So the excitement from the evening came not from my ersatz ballpark atmosphere, but because it was the 50th anniversary of Jackie Robinson’s first regular season major league game, being celebrated at Shea Stadium during a Dodgers-Mets game.

I could go on at extended length about my connections to Jackie Robinson, but let this suffice: He’s always been a part of my life, from my early days as a pip-squeak Brooklyn Dodger fan, watching him play at Ebbets Field, to more recent years, when I did some editing work on Stealing Home, Sharon Robinson’s memoir about growing up in the wake of her father’s career and fame. The Robinson story has always struck me as a profile in courage and pathos, and it doesn’t take much more than looking at his Hall of Fame plaque, along with that of his teammate and champion Pee Wee Reese in Cooperstown, to choke me up. 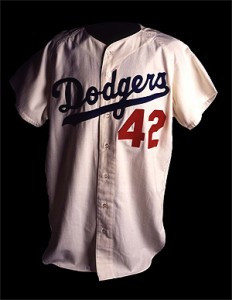 The entire 1997 season was dedicated to Robinson, and all the players that night were wearing uniforms with Jackie’s old number 42. Following remarks from then-President Bill Clinton and Robinson’s widow, Rachel, baseball commissioner Bud Selig did something right for a change; he announced that Jackie Robinson’s number 42 would be henceforth retired from all of baseball–the only player so honored in the long history of the game, and fittingly so. It was a stunning move, beautiful in its simplicity, guaranteeing that forever after there would be a question from a young fan–“Who was number 42?”–requiring an answer that would keep the legacy alive of the man who, in my book, was about as heroic as they come.

I suppose I digress, but then it’s a digression I’ve been on all my life, from ballpark swill to a devout appreciation for Belgian brewing. So it all seems perfectly apt and congruent to me. I guess it must be to the folks at Ommegang, too, since on June 17 of this year they’ll be hosting what they’re calling a Vintage Base ball Game–two words for baseball as per pre-1900 spelling. Under 1861 rules–no strikes, only the catcher wears a glove–the Cleveland Blues will meet the Fitchburg Rollstones in a contest likely to determine nothing at all. But one anachronism will be the beer on tap, Ommegang.

That’s always good news. The brewery opened in 1997, a partnership between the Belgian brewery Duvel Moortgat and Don Feinberg and Wendy Littlefield, the couple who ran the American beer importing firm Vanberg and DeWulf. Much credit is due the partners for broadening the appreciation for Belgian ales in the U.S., not to mention building a beautiful Belgian farmhouse brewery in what were once important hop fields in Cooperstown.

Moortgat bought the sole rights in 2003. (Feinberg and Littlefield continue to fruitfully operate Vanberg & DeWulf, though they moved from Cooperstown to Chicago last year.)

Brewery Ommegang has five splendid year-round beers (Rare Vos, Hennepin, Three Philosophers, Witte, and the eponymous Ommegang Abbey Ale). It’s seasonal specialties are always worth looking for (Ommegeddon, Chocolate Indulgence, Adoration, Bière de Mars), such as the BPA, a dry-hopped Belgian-stye Pale Ale that will be poured at the festival.

Then there’s the occasional one-off like the Inauguration Ale 2009. The beer was originally going to be called Obamagang, but the label ran afoul of the feds. A worthy salute nonetheless, and one wonders why the beer wasn’t served at the infamous White House Beer Summit.

Every now and again the brewery carts a few hundred cases of its beers about 45 minutes away, storing the bottle-conditioned brews in the constant 52°F temperature of Howe Caverns for further maturation. 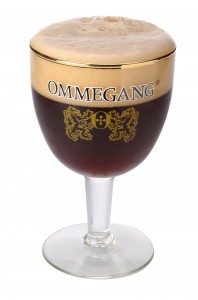 I wouldn’t mind storing a few cases of the Abbey Ale in my garage. This is one delicious beer, ruby in color, with a complex fruity nose and an equally complex palate–toffee sweet but bracingly dry with all sorts of flavors coursing through–raisins, apples, plum, a hint of licorice and spice, with plenty of body and an earthy finish.  Score it a home run all the way, by current or 1861 rules.

4 Responses to “TAP Beer of the Week: Ommegang Abbey Ale”