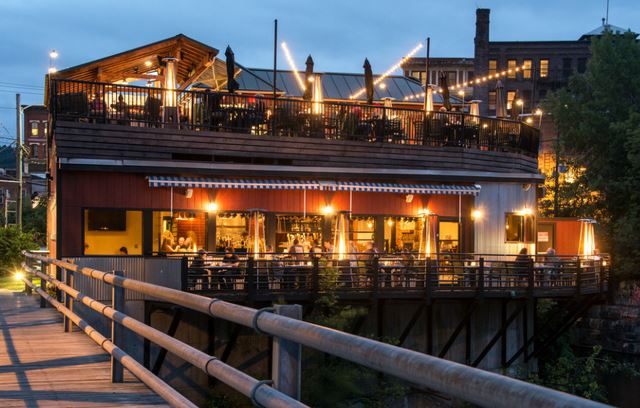 My professional standing took a blow last year. I fell woefully short in my first attempt to fill The Wall, my Mug Club card at Whetstone Station Restaurant and Brewery in downtown Brattleboro, Vermont. When I signed up on July 11, 2012, it seemed like it would be no effort at all to drink 99 beers there in a year’s time, in ten different categories, and then be privy to fabulous offers and discounts.

Wrong. Though I was off to a bang-up start just after Whetstone opened its doors, notching six beers in three July visits (a rate that would have taken me to 108 beers in a year’s time), I didn’t record another brew until October.

Perhaps because Whetstone was still in its infancy or because I was traveling a bunch, I barely made it there in the fall and winter. By the time I woke up to the extent of my deficit, it was basically too late. I mounted a spring surge, but when it finally became clear I would basically need to live at the Whetstone and drink all day long–a pleasant but impractical scenario–I reluctantly gave up the chase at 41 beers.

Co-owner Amy Brady told me my card would be stamped with a large red mark of “Failure,” laminated and used as a place mat, a lasting mark of chagrin. I shouldered the blow and immediately got back up on the horse, starting a new card with three beers to mark the occasion. 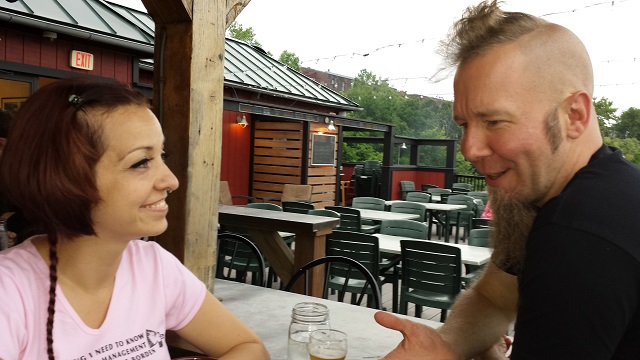 There’s no real way to cut corners in the process. Samplers don’t count; each beer is dated and witnessed by a staff member, who certainly get to know your name after awhile.

To end the suspense, this year I made it with a month to spare. I was handed my mug (the 137th so bestowed) and a Mug Club t-shirt, knighted to applause from the night’s assemblage, hugged by Amy, and I walked on, honor restored. 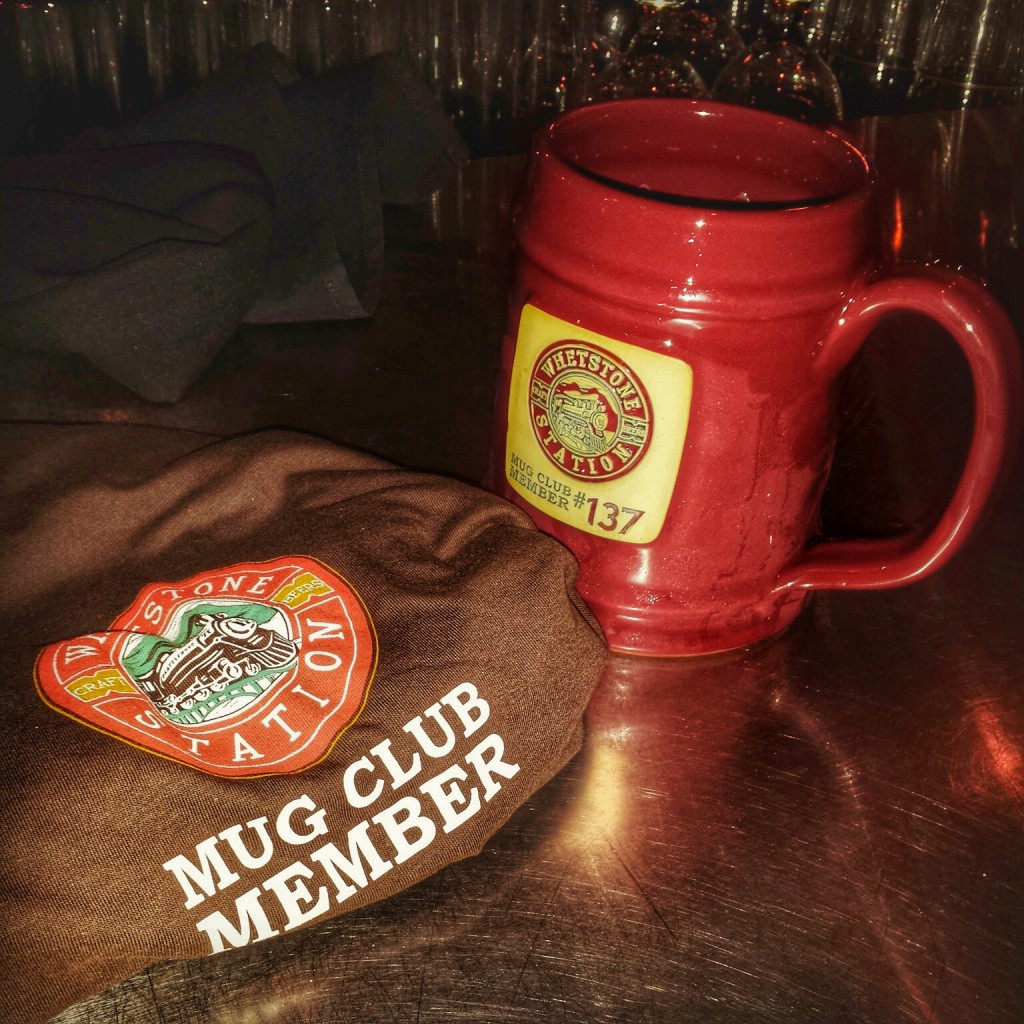 In the meantime, Whetstone has zoomed past its second anniversary and is clearly providing a vital downtown stop. The place always seems jammed, the menu seems to be meeting general approval and the beer offerings are adventurous and ever-changing.

Where else, for example, can you sample two different Gose beers in an evening as I did on a recent night? The very style is obscure—a slightly sour wheat beer with additions of coriander and salt—but is showing signs of revival. I had one from the relatively new Vermont brewery, Lost Nation, and one from its traditional home in Leipzig, Ritterguts Gose. Hard-to-find Vermont beers like Heady Topper or offerings from the Hill Farmstead brewery occasionally show up.

Indeed, looking my completed card over shows how wide-ranging the Whetstone beer menu has been, and the myriad pleasures of my year’s effort. 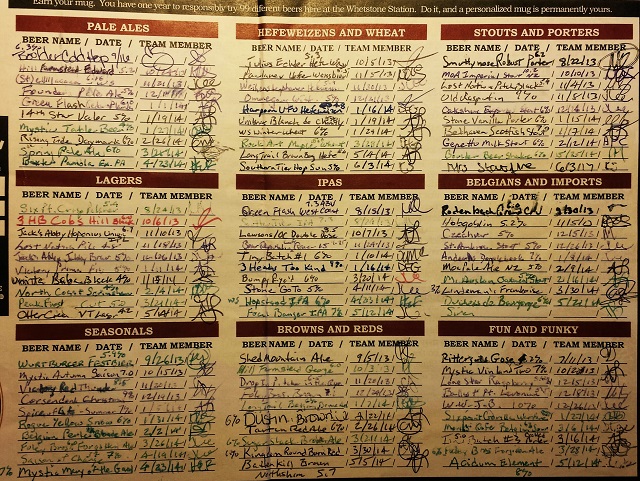 And Whetstone’s own nano-brewery (3.5 barrel batches) has been producing a regular stream of varying recipes—I had the latest a few nights ago, Batch #73, a Porter A Porter on nitro—while establishing its first regular offering, a tasty Whetstone Pale Ale.

Amy and Tim Brady are now in the thick of a six-month walkabout—actually a drive-about in a custom-made Airstream. The curious can follow their adventures around North America at www.hereforthebeer.com.