But I did find lead brewer Vilija Bizinkauskas, who suggested I try the 3.9% ABV Mild, called I Believe in a Thing Called Love. I’m glad she did. It’s a terrific beer, a poem of a beer—lovely, dark and deep. Black as night, but loaded with roasted, nutty flavor.

“It’s not easy to get that much flavor in a low ABV beer,” said Bizinkauskas, and she’s surely right. But she just as surely succeeded, and it suggested to me that the future of beer, in a word, is small. But by small I suppose I see that heading in two directions—flavorful and lower alcohol beers, made down the block by your local brewery. 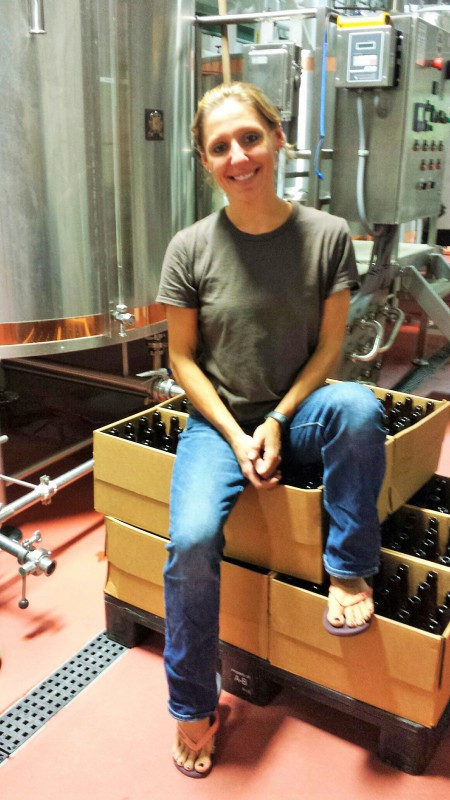 Two directions may be cheating if we’re to go by the gauntlet thrown by Csaba Babek of “Beer Means Business,” the host for this round’s subject. (For those needing a refresher, The Session is a monthly effort where beer writers around the interwebs respond to a topic question each first Friday. This is the 117th installment, so it’s been going on for quite a while.)

Csaba asked writers to, “paint a collective picture of what the future related to beer will be like….capture ONE thing you think we will see MORE of with an explanation of the idea.” That collective picture takes shape in the links to this month’s responses, accessible in the comments section of “Beer Means Business.”

So my one thing/really two things is nothing startling or even new, but more in the spirit of what goes around comes around. And it’s something I think we’ll be seeing more of in the face of what seems to be the continuing Big Bang of the beer industry—the ever-expanding universe of more breweries, and a seemingly increasingly consolidation of smaller breweries as they’re being consumed by the megabreweries.

The more breweries there are, the more bewildering the choice becomes on one hand. My beer geek desire to constantly try something new is going to become–has already become–somewhat wearying. And the more breweries there are, on the other hand, the closer I’m going to be to something local. It’s not only easier to shop local, it’s beneficial on all sort of levels we’ve known about ever since E.F. Schumacher wrote Small Is Beautiful way back in 1973. 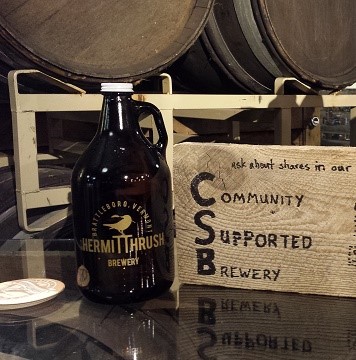 I’m already doing this, having taken advantage of the Community-Supported Brewery deal at the Hermit Thrush Brewery in Brattleboro. For an annual fee, I can bring my little 32-oz. growler (or squealer) in on a weekly basis, fill up on whatever is available, and off I go.

There’s also a good chance that my something-local-brewery isn’t yet owned by A-B InBev or its ilk, and that pleases me, too. Yes, I know all the arguments that it should be what’s in the glass that counts. To which I respond: Phooey. I’ve had it in for the Busch crowd for years and there’s no point in dropping a healthy grudge now, the closer I trundle to the grave. They don’t need my money, and I’m happier not doling it out to them.

But speaking of money, those high ABV rarities stuffed with all sorts of exotic ingredients may certainly cry out to me, but I’m beginning to quiver when I stand in front of store shelves staring at bombers costing upwards of $15. Sometimes way upwards. I love beer, but I’m not made of money. It’s taken me a long time to realize this when it comes to beer–I used to gladly pay extra for perceived quality. But it’s just getting damned expensive, and now I frequently pass things by simply because of the price.

A 32-ounce squealer of something like I Believe in a Thing Called Love going for $6 is more like it, something to believe in and love. There should be more of it. And if other beer lovers are out there quivering like me, there will be.