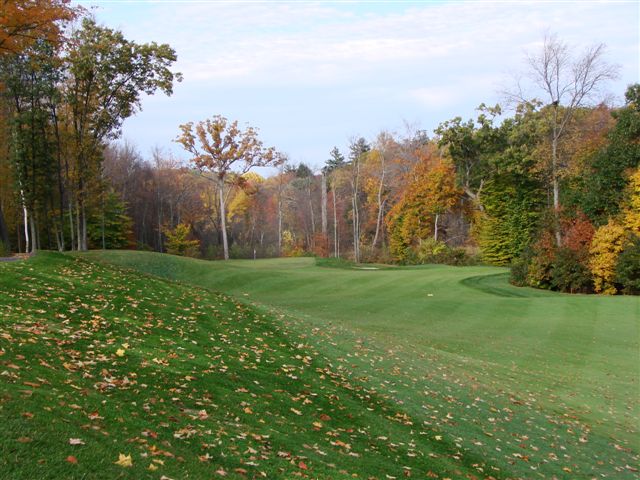 As the days shrink and afternoon tee times are moved up to get the round in before twilight, there’s no denying another summer has burned off and harvest time has come, with the leaf rule in full effect. Enjoy the brisk approach of fall; it’s no time for dark moods, but somewhat darker beers may well be in order. Rather than bobbing for apples at the Halloween party, fill that metal tub with ice and stock some richly malty lagers and ales for autumn.

There’s a solid 200-year-old precedent for this. Oktoberfest, the party, began in Munich in 1810 as a celebration of the marriage of Crown Prince Ludwig I and Princess Therese. It has been going strong ever since, always beginning in mid-September, a fortnight before the first Sunday in October. It always begins the same way, with the Lord Mayor of Munich tapping the first keg of beer at noon. But this year’s anniversary [2010] is being called a Jubilee Year, and so festivals-goers will have one extra day to cram in as much sausage and pigs’ knuckles as possible.

Oktoberfest, the beer, is actually a style called Märzen (or Vienna lager), that no self-respecting former apple-bobbing tub should be without. So here are some suggestions, in good company with other seasonal picks. Some are more regional than others, but most should be widely available in better beer shops:

Ayinger Oktober Fest-Märzen (Germany, 5.6% ABV (Alcohol by volume), merchantduvin.com) In pre-refrigeration days of the mid-19th century Bavarian brewers began producing full-bodied, malty beers in March (Märzen) and then lagering them in cool caves until it was time to celebrate Oktoberfest. The style has existed ever since, and this interpretation from the town of Aying represents exporting at its best. 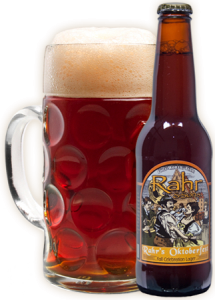 Rahr’s Oktoberfest Celebration Lager (Rahr & Sons Brewing Company, Texas, 5.5% ABV, rahrbrewing.com) A snow-induced roof collapse this past winter has slowed down but not stopped Fritz Rahr of Fort Worth, who decided to sponsor a September 25 Rahr Oktoberfest 5K Run to benefit the local Habitat for Humanity. Lederhosen race togs are optional, but the post-race beverage should be interesting. 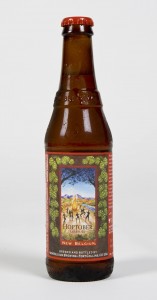 Hoptober Golden Ale (New Belgium Brewing, Colorado, 6% ABV, newbelgium.com) A bit lighter in profile if not strength is this August through October seasonal from the makers of Fat Tire, packed with barley and wheat malts as well as oats and rye. Five different hops contribute a citrus note. Those closer to Colorado can look for the Fall Wild Ale from the Lips of Faith series, a malty dubbel at 8.5% ABV spiced with schisandra berries.

Harvest Ale (Long Trail Brewing Company, Vermont, 4.4% ABV, longtrail.com) It’s an apt year for the beers from Long Trail, since its namesake, the oldest long-distance hiking trail in the U.S. is now celebrating its centennial year, although work continued on the 273-mile Vermont Long Trail until 1930. Running from the Massachusetts line to the Canadian border, the Trail meets up with the Appalachian Trail for 100 miles, and just thinking about all that walking deserves a few bottles of this malty brown ale tribute. 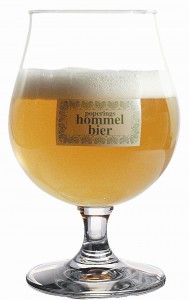 Poperings Hommel Ale (Brouwerij Van Eecke, Belgium, 7.5% ABV, brouwerijvaneecke.tk) Don’t let the pale golden color of this ale fool you; it packs a wallop, and is loaded with about twice the bitterness of other Belgian beers, which are not big on hops. But the city of Poperinge was once the hop capital of the country, and still has a gala hop festival every three years. Tickets still available for the 2011 blowout.

Pumpkinhead Ale (Shipyard Brewing Co., Maine, 5.1% ABV, shipyard.com) What would the fall be without a pumpkin beer? Shipyard has two, the more widely available Pumpkinhead wheat beer replete with pumpkin pie spices, and the Smashed Pumpkin in the Pugsley Signature Series (named after brewmaster Alan Pugsley). The latter is a bigger, sipping beer at 9% ABV, with subtler spice flavors. Visitors to the Shipyard gift shop in Portland can get Smashed in a year-old cellar-aged limited edition.

Saison Dupont Vieille Provision (Brasserie Dupont, Belgium, 6.5% ABV, brasserie-dupont.com) Okay, this is a bit of a holdover from summer, but saisons are fine year-round refreshers, fruity and dry, and this corked beauty was dubbed a world classic by the late, great British beer writer Michael Jackson. Concocted in a Belgian farmhouse brewery and conditioned in the bottle, Saison Dupont will cellar well and grace any dinner table, matching nicely with fish or fowl. 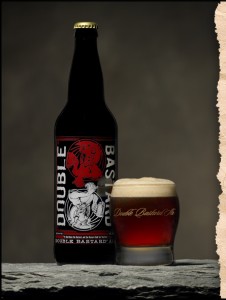 “Warning: Double Bastard Ale is not to be wasted on the tentative or weak.” It’s tough to compete with the copy on the Stone beer labels, but this hop monster takes the brewery’s popular Arrogant Bastard Ale one arrogant step beyond. It will appear November 1, just in time for San Diego Beer Week, which also goes a step beyond by lasting ten days, November 5-14.

Ommegang Zuur (Brewery Ommegang, New York, 6% ABV, ommegang.com) Baseball’s Fall Classic is threatening to linger into winter, and one can hope the same for this offering from Ommegang, a Belgian-owned brewery as American as cherry pie, since it’s in Cooperstown, home of the Hall of Fame. The Zuur is a collaboration, blending two beers from Liefman’s in Belgium including a kriek (beer with cherries), resulting in a Flemish Sour Brown ale with a cherry on top. Bring on the pies! 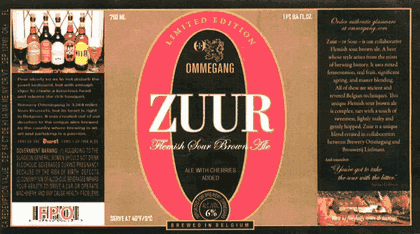 12 Responses to “Perfect Brews for Fall”