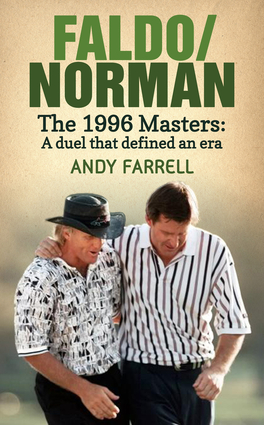 Greg Norman didn’t play in the U.S. Senior Open at Oak Tree National this year. But he’ll certainly be present for next year’s tilt, as he’s scheduled to be in the broadcast booth when Fox Sports begins covering some of the game’s major tournaments.

It was a clever move on Fox’s part to enlist Norman. The man wears drama like an aftershave, although in some productions past, he can only ponder his own performances wistfully.

This was never more so than at Augusta National in 1996, a tournament Andy Farrell revisits in Faldo/Norman: The 1996 Masters: A Duel that Defined an Era (Elliott & Thompson, $24.95).

No one who saw the final round of that tournament can forget it; it sticks in the mind like a bloody wreck along the highway. Norman had played splendidly for three days and his victory seemed all but assured; he led Faldo by six strokes going into Sunday’s play.

But as Faldo steadily put together a sparkling round of five-under 67, Norman steadily and sickeningly frittered away strokes. He actually still led by two after nine, but it was at the ninth that the real carnage bloomed—Norman went bogey, bogey, bogey, double bogey, and Faldo walked to the thirteenth tee saying to his caddy, “Bloody hell, now it’s mine to lose.”

He didn’t, of course, and in the aftermath of that strange Sunday, a Sunday gone silent at Augusta, opinions about both players softened—compassion for Norman, admiration for Faldo’s sympathies toward his opponent.

Farrell says his inspiration for the book was Peter Morgan’s play, “Frost/Nixon,” but the structure is much like Jane Leavy’s Koufax, in which she wrote about the great lefty’s perfect game of 1965 inning-by-inning, while spinning off into various orbits of the baseball universe.

Farrell proceeds on a hole-by-hole basis, going deep into all manner of tour minutiae. It’s an impressive and fascinating effort–tour junkies should love it—but it’s also a little like attending an autopsy. The surgery is skillful, but that scent in the air is less magnolias, more formaldehyde. 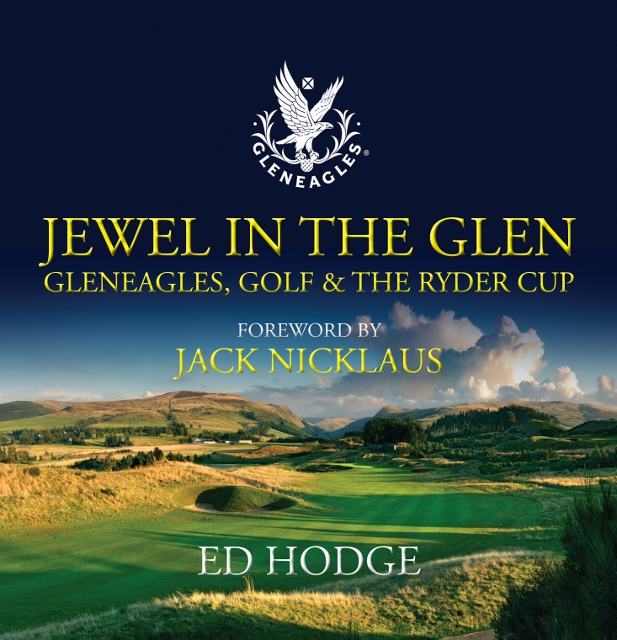 There’s another little tournament coming up this September, the 40th go-round for the Ryder Cup. Amazingly, it’s only the second time the contest will be waged in Scotland, the last being the 20th iteration, played at Muirfield in 1973.

But as Ed Hodge writes in Jewel in the Glen: Gleneagles, Golf & the Ryder Cup (Arena Sport, $40.99), an International Challenge Match on June 6, 1921 may have played its part in establishing, six years later, what is now golf’s most intense team event.

Ten players from the U.S. and ten from the U.K., largely at James Braid’s instigation, gathered to play on the course he had designed at Gleneagles, The King’s Course, which officially opened on May 1, 1919. Braid played, of course, Harry Vardon and John Henry Taylor (the trio known as the Great Triumvirate), as well as Abe Mitchell, whose figure now graces the top of the Ryder Cup. Walter Hagen was the lead man for the U.S. team.

The Yanks were fairly trounced in the match, managing only three wins, nine losses and three halves on the day, but the seed for an international competition was planted, particularly in Hagen, who consistently championed the idea until it came to fruition with the impetus of Samuel Ryder.

The Gleneagles Hotel was still under construction in 1921, not opening until June, 1924. So as the Ryder Cup extravaganza comes rolling into town this fall the Hotel will be celebrating its 90th anniversary, right after snagging from the U.K.’s The Telegraph the Ultratravel 100 Award as the World’s Best Golf Resort.

Hodge’s book is like a three-tiered Gleneagles green, with ample Ryder Cup history and scene-setting for this year’s match, examining the resort in terms of its luxurious history as a playground for the well-heeled and titled set, and an overview of its fine portfolio of golf courses.

It’s both a good read and coffee-table worthy, with fine photographs historical and contemporary. Jack Nicklaus contributes a Forward, while Colin Montgomerie supplies a hole-by-hole commentary on the Nicklaus-designed PGA Centenary Course, where the 2014 Ryder Cup will be played. 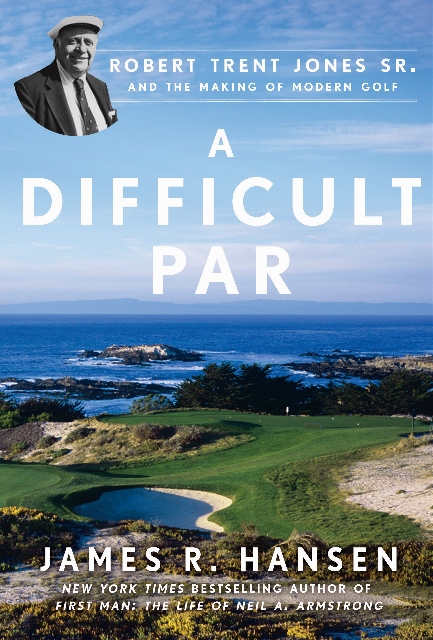 t Nicklaus among the many tour players who had a hard time appreciating the design work of Robert Trent Jones Sr. during their active careers. At the height of his success after the midpoint of the last century, Jones was designing new tracks or redoing courses that gave players such fits that he became known as “The architect the pros loved to hate.”

The pros questioned Jones’s basic design philosophy that a hole should be a difficult par but an easy bogey, since even bogies sometimes seemed difficult to come by. The apotheosis of all this may have been the 1951 U.S. Open at Oakland Hills. According to James R. Hansen, in A Difficult Par: Robert Trent Jones Sr. and the Making of Modern Golf (Gotham Books, $32.50), Jones had been given the charge to remake the old Donald Ross track, “…into the most difficult course on which any golf championship had ever been played, anywhere.”

He did just that, and eventual winner Ben Hogan’s comments during the trophy presentation were telling: “I’m glad that I brought this course, this monster to its knees. If I had to play this golf course every week, I’d go into some other business.”

It was more an observation than a criticism, and the remark actually catapulted Jones into even greater success, as one of the most prolific and influential course designers in history. If his reputation sometimes suffers these days, it is largely a reaction to his long dominance of the field, and a turning away from a power game, an air game, to a preference for precision and the chance to employ ground strokes.

Pete Dye, the Oak Tree National designer, came into his own only after he stopped creating courses that he said, “…were copying Mr. Jones….” Before building Harbour Town (with Nicklaus), Dye said, “Mr. Jones had just built Palmetto Dunes at Hilton Head and I admired it, but I thought if I do something, I need to do something just the opposite.”

All this and much, much more is in this dense and bulging tome that is sometimes as difficult to plow through as playing a Jones course from the tips. But if exhausting, it’s surely definitive. Hansen’s depth of research is extraordinary, and he takes readers through a classic arc of a self-made man who virtually wills his own success, wins the love of his life, and rears two sons (Rees Jones and Robert Trent Jones Jr.) whose bitter rivalry threatens to take down the kingdom in almost Lear-like fashion.

Design critic Ron Whitten, upon Jones’s death in 2000 at age 93, wrote that, “The sun never sets on the Robert Trent Jones empire.” With more than 400 courses in 45 states and 35 countries, this is surely true: in more than one place on the globe, right now, someone is teeing it up in search of that difficult par. 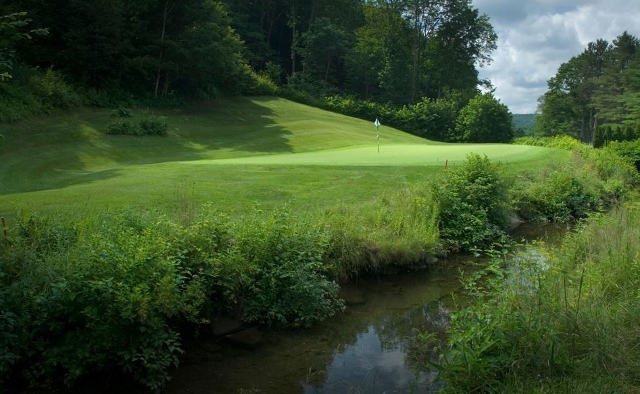 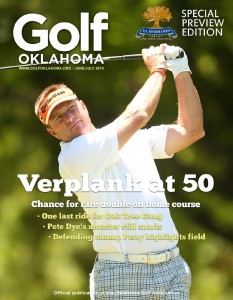 Tom Bedell finished off this story at the Woodstock Inn and Resort in Vermont, prior to playing its 18-hole Robert Trent Jones Sr.-designed course (above). It originally appeared in the June-July 2014 issue of Golf Oklahoma magazine, in slightly different form.