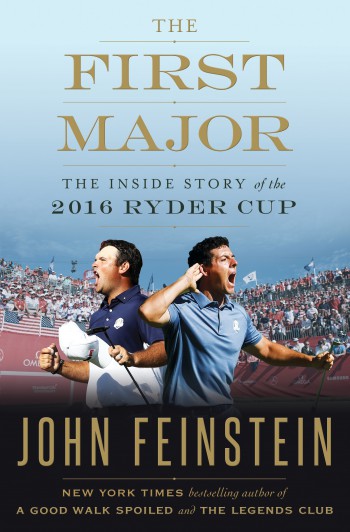 A few years ago I suggested it might be time for a timeout on books that focused on one particular tournament, as the format was getting a little tired. My position only hardened after reading the disappointing The 1997 Masters: My Story by Tiger Woods, reviewed here.

Well, I take it all back. Other than the head-scratching title, The First Major (Doubleday, $28.95) John Feinstein’s report on the goings-on at Hazeltine, aptly subtitled “The Inside Story of the 2016 Ryder Cup,” is a real pleasure from start to finish.

And it has nothing to do with the fact that the U.S. won the Cup, although that surely boosted the U.S. players’ alacrity in talking to the author. I’m one of those contrarians who doesn’t really care who wins the Cup, and finds the jingoism that is often involved, from players and fans, distasteful.

I also think too much is made of the whole thing, so that it threatens to become as over-hyped as the Superbowl—which if it dried up and blew away would suit me just fine.

Still, I do enjoy the golf played at the Cup, the strategies, pairings and the back and forth nature of the matches. When it’s all played in a spirit of good sportsmanship there’s really nothing quite like it in golf.

The players will agree. But because so much is made of the biennial event, they’re also the first to admit just how nerve-wracking taking part in one can be. They admit that and plenty more here; Feinstein is a seasoned pro at this after all, now with more than two dozen books to his credit albeit always best-known in the golf world for his A Good Walk Spoiled. 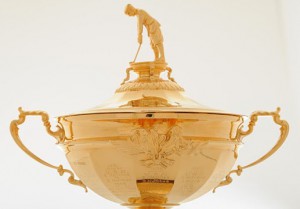 Consider that in a 300-plus page book about the 2016 Cup the first shot of the competition doesn’t fly off the tee until page 236! (No spoiler alert necessary to say the U.S. wins the Cup 58 pages later.) That’s a lot of background. Yet while I’ve accused Feinstein in the past of being too prolix, a better reporter than writer, I take that back, too. He’s still a good reporter with, clearly, excellent access to the players. But the prose seems more streamlined this time out, too.

It’s an effortless read, Feinstein piling on the anecdotal material. The book is cleverly arranged, too. While maintaining a rough chronology the story is nonetheless told through player portraits, particularly through those who played in both the 2014 debacle (from the U.S. standpoint in any case) and the 2016 win.

After the fallout from the 2014 matches and the notorious press conference where Phil Mickelson took Captain Tom Watson to the woodshed, the 2016 tilt was pretty much deemed one the U.S. had to win. Mickelson was heavily invested, and he’s a major presence in the book, but so are almost all the players, captains Davis Love III and Darren Clarke, and assistant captains; Tiger Woods was one of the latter, and his role at the Cup is one of the more surprisingly sympathetic portraits here.

And with the matches playing out against the then recent death of Arnold Palmer, there’s plenty of emotion to be found in these ingratiating pages, too. 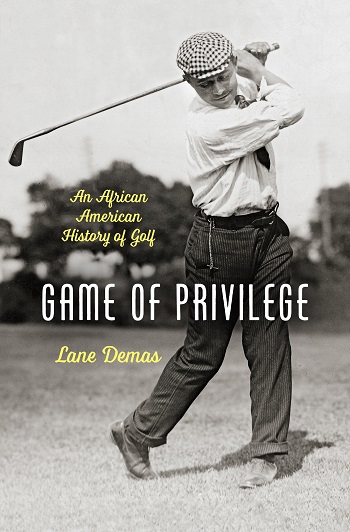 A more troubling tale unfolds in Game of Privilege: An African American History of Golf by Lane Demas (The University of North Carolina Press, $30), although not an unfamiliar one—of how African Americans had to fight and claw their way toward the simple right of playing on the golf courses of America, well before an equally drawn-out wait to break into golf’s professional ranks.

While the story has been told before in books like Pete McDaniel’s Uneven Lies and Calvin Sinnette’s Forbidden Fairways, Demas attempts to put it into a broad cultural context, from the early days of golf in the U.S. through its entwinement with the modern civil rights movement.

It’s a heady brief, but Demas is an associate professor of history at Central Michigan University, so he knows his way around a research desk. He’s largely successful in crafting a story that is basically about how injustice moves toward righting itself, in a two steps forward one step back rhythm marked, in hindsight, by shameful iniquities.

Demas charts African American participation in the game from the earliest days of golf in the U.S., through the mid-20th century into the post-war civil rights movement and the Tiger Woods era, with a chapter devoted to the creation of the United Golfers Association, a professional organization running parallel to the PGA from 1925 to 1975, much like the Negro Leagues in baseball.

(It’s still a little staggering to believe that the PGA Tour did not rescind its Caucasian-only clause until 1961. But intriguing to learn that Pete Brown was the first African American to win on the tour, in Oklahoma, at the 1964 Waco Turner Open.)

Demas is admirably thorough, though perhaps more thorough than stylish. Roving over so many setbacks and breakthroughs the reader is a bit setback by some arid stretches of dutiful prose. It’s worth the slough, however, because there are anecdotal oases throughout, when Demas inserts individual stories of those who put themselves on the line (and on the golf courses) at the risk of arrest or bodily harm. 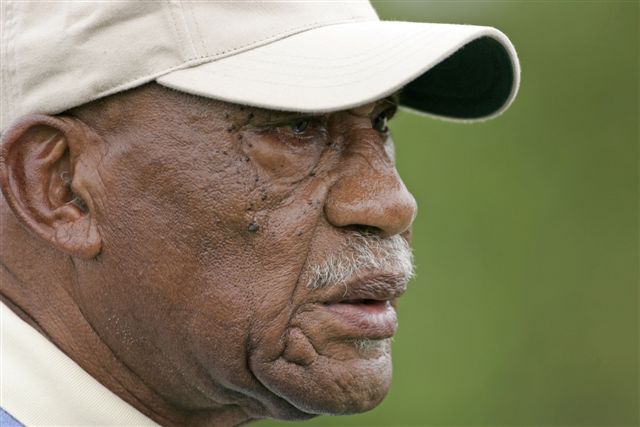 It was the latter who, in Holmes v. Atlanta in 1955, lend his name to what was arguably the most important golf desegregation suit ever filed, and his determination to play is a theme that runs through the book.

The title is a bit ironic, given golf’s aura of elitism, which most players know is largely bogus. But even some civil rights leaders wondered why they should pursue lawsuits challenging segregation on golf courses when there were bigger battles—like education—to wage. But as Demas shows, Holmes v. Atlanta was every bit as important to our societal history, if not more so, than Brown v. Board of Education. 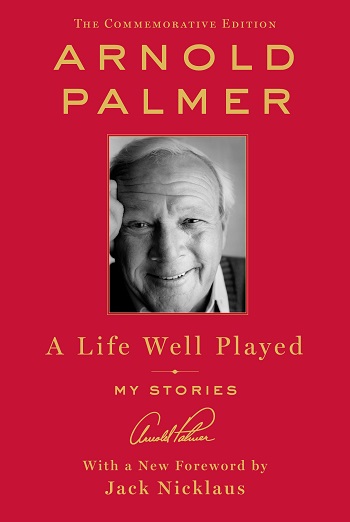 Demas repeats the story of Arnold Palmer’s first round 64 at the 1955 Canadian Open. Palmer assumed he was the front-runner until he looked at the leaderboard and saw otherwise. He blurted out, “How on earth did Charlie Sifford shoot a 63?”

“Same way you shot a 64, chief. Except I did you one better.” Palmer turned to find Sifford standing right there, the first time the two met.

I don’t recall the story being in A Life Well Played: My Stories by Arnold Palmer (St. Martin’s Press, $22.99), but it’s a nice segue. I suggested in an earlier review of the book that it might be Palmer’s last appearance in print, and so it sadly was.

For those who missed it the first time around, there’s a new commemorative edition of the volume, in a bright red cover with a new foreword written by Jack Nicklaus, a poignant few pages, indeed. 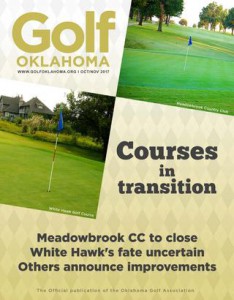 Among a lifetime of memories, the Bear mentions the opening of the 2017 Masters tournament, the first in 53 years without the presence of the King, other than his green jacket draped over an empty chair.

After he hit his ceremonial tee shot Nicklaus slipped on his green jacket, on which he wore, like many others that day, a button that said, “I am a member of Arnie’s Army.”

This piece first appeared in the Oct-Nov 2017 issue of Golf Oklahoma in slightly different form.