Maybe the hour has arrived to call a timeout on golf books that put a particular tournament under the microscope. Just a few months ago we reviewed a book about the 1996 Masters, this time out we have the 1969 Ryder Cup under the lens in Draw in the Dunes (Thomas Dunne Books, $26.99). 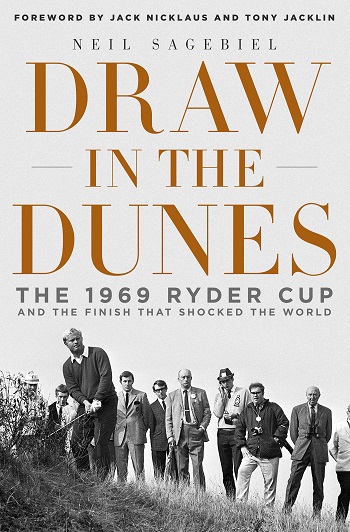 Not to pick on author Neil Sagebiel, but the formula is getting a little tired. I imagine someone out there is already gathering clips about the 2014 Ryder Cup, and the Finish That Shocked the World. Oh, wait, that’s the subtitle for this one, referring to the two-foot putt Jack Nicklaus conceded to Tony Jacklin at the close of the 1969 contest that left the whole shooting match tied. (For the 2014 tilt, The Press Conference That Shocked the World might do.)

Granted, the concession was a splendid moment that lives on as a great sporting gesture—not that all of Jack’s teammates or U.S. captain Sam Snead appreciated it as such at the time—but the world was hardly shocked by it. Indeed, one of the more engrossing aspects of the book is its depiction of the state of the Ryder Cup in 1969—on life support—versus the freighted extravaganza it is today.

I marched off on the wrong foot with this one right from the over-written prologue, which presents Jacklin dramatically waking up in the middle of the night in 2002 because he’s had a vision—a vision of a golf real estate venture. Albeit it was one based upon the concession, but it’s not a promising start.

I don’t blame Sagebiel, whose The Longest Shot was about Jack Fleck’s 1955 U.S. Open upset over Ben Hogan. It’s just that he would have been better served with more rigorous editing in terms of both the prose and structure.

What’s good about the book is that Sagebiel has clearly done yeoman’s research in both primary and secondary sources, and much of the narrative comes directly from the players (particularly Nicklaus and Jacklin) and others closely involved in the competition. The concession itself comes off a bit anticlimactically on the page, but the modern perspectives shed upon it from the likes of Raymond Floyd, Billy Casper and some of the UK players are fresh and, if you’re interested, interesting.

Golf World magazine senior writer Bill Fields also writes about Hogan’s 1955 nemesis in his collection Arnie, Seve and a Fleck of Golf History (University of Nebraska Press, $19.95)–and gives Sagebiel’s The Longest Shot a thumbs up along the way. 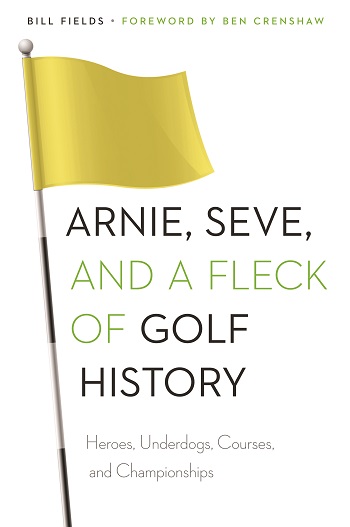 In 30 of his longer pieces from the magazine, and a new essay on Tiger Woods’ chances to break the Nicklaus majors mark, Fields proves himself a master of the personality piece while spanning much of golf’s history. So he writes engagingly about the distant legends of the game (Harry Vardon, Willie Anderson), hall-of-famers (Gene Sarazen, Mickey Wright, Snead), and those who were just a step outside of the full limelight (Jimmy Demaret, Bert Yancey, Bobby Clampett.)

He intercuts the early brillance of Palmer’s career with the King’s tussle with advancing age, an affecting look at the lion in winter. And while he depicts the game of golf as a great stage for the skilled, he poignantly points out it can’t necessarily cure all of life’s ills.

So we have pieces on the first native-born U.S. Open winner John McDermott, and his subsequent life in and out of mental institutions, and the brief careers and early deaths of John Schlee and Jim Simons.

But there’s also a celebratory piece about Homero Blancas, and the 55 he shot in 1962, albeit on a course in Longview, Texas that barely exceeded 5,000 yards in length. Playing on an East Texas Tour known as “The Barbeque Circuit,” Blancas went lights out with a 27-28. He went on to have a respectable career, including four wins on the PGA Tour. And if his amazing round comes with an asterisk, it remains the lowest tournament round yet recorded.

Fields also writes about Francis Ouimet and notes the surprise 1913 U.S. Open winner liked to keep the game simple. He quotes from Ouimet’s autobiography: “I am the type who enjoys a word or two with a friend while walking from my tee to the ball, but I want the chatter to be short and sweet, so that when I come to think over my shot I have not got a dozen other things to think of.” 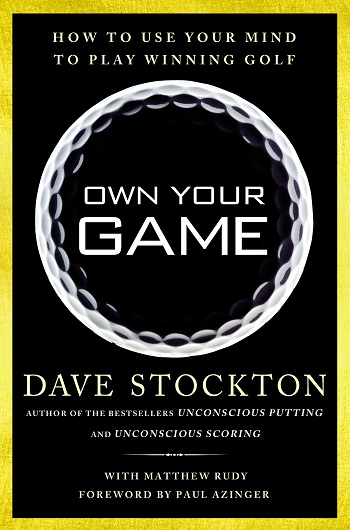 It sounds like advice Dave Stockton would heartily agree with. In his new book, Own Your Game: How to Use Your Mind to Play Winning Golf (Gotham Books, $25), the former tour player and teacher again spins out sound advice that seems as natural as it is simple.

I favorably reviewed Stockton’s Unconscious Putting in 2012, and I’m not sure how or why I missed his “Unconscious Scoring” which followed. But I’m going to track that one down, too, because the man, in some zen-like way, makes me feel better about my game just by reading his commonsensical advice. (As with the other volumes, Stockton has help here with co-writer Matthew Rudy.)

It’s probably like some of Stockton’s professional clients, who book three days with the guru and then are satisfied the job is done after 45 minutes or so. There’s nothing ground-breaking here that we haven’t seen before from the likes of Bob Rotella. Mechanics are important, of course. But one’s mindset is more important, Stockton claims.

It all has to do with a calm and accepting attitude, a positive mind-set with an emphasis on enjoying the game (it is a game, don’t forget), a set routine and—if there’s a single key—envisioning one’s shot. When the shot doesn’t work and you wind up “out of position,” there’s no point in fuming about it and screwing up more shots. One merely needs “to get back in position.” After all, he writes, “…the best part about golf is that you’ll always get another chance.” 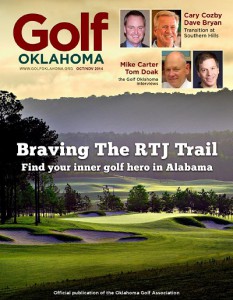 Follow Stockton’s advice and it should be possible to get to that magical place–”where you’re looking forward to hitting the next shot.” This is a slim volume of 117 pages, but it goes down like a cool drink of water during a hot round: clear, refreshing, revitalizing.

This piece originally appeared in the October-November 2014 issue of Golf Oklahoma magazine, in slightly different form.