There may be eight million stories in the naked city, but there were 871 stories unfolding on Monday on what has become known as the Golf’s Longest Day. That’s when 871 hopefuls were taking their cuts at eight U.S. and one Canadian golf course in an attempt to qualify for the 122nd U.S. Open at The Country Club in Brookline, Massachusetts next week.

It might have been one of golf’s longest broadcast days, too, as the GOLF Channel was devoting ten hours of coverage throughout the day, and social media mavens could follow along with the hashtag #FromManyOne. Turns out that’s also the name of the three-part docuseries beginning Tuesday on the GOLF Channel, “From Many, One: Inside the 2022 U.S. Open” and then streaming the next morning on Peacock.

It’s all true enough. Qualifying for the U.S. Open begins as one of the most wide-open opportunities in golf, with some 8,800 players taking a crack at local qualifying for the next round of sectional qualifying on Golf’s Longest Day. The USGA left roughly 65 spots open for those 871 players to secure a spot in the Open. 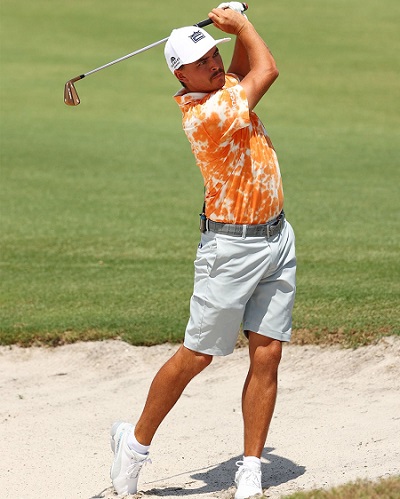 The hopefuls are from all over the world, and there are some familiar names among the many other golfers you’ve never heard of: Rickie Fowler, Bill Haas, Luke Donald, Jason Dufner, Brandt Snedeker, the last European Ryder Cup captain Padraig Harrington, the next U.S. Ryder Cup captain Zach Johnson, and the 2009 U.S. Open winner Lucas Glover, to name a few.

Why bother? is not an irrelevant question. Isn’t this the longest of long shots? And how, but it has happened that players made it through both local and sectional qualifying to win the big one. Ken Venturi did it in 1964. The last to do it, more than a half-century ago in 1969, was Orville Moody. In Moody’s case, it was his first and last win on the PGA Tour (though he did manage 11 victories on the senior circuit).

Glover’s 2009 win came after sectional qualifying, as did Michael Campbell’s 2005 win and Steve Jones in 1996.