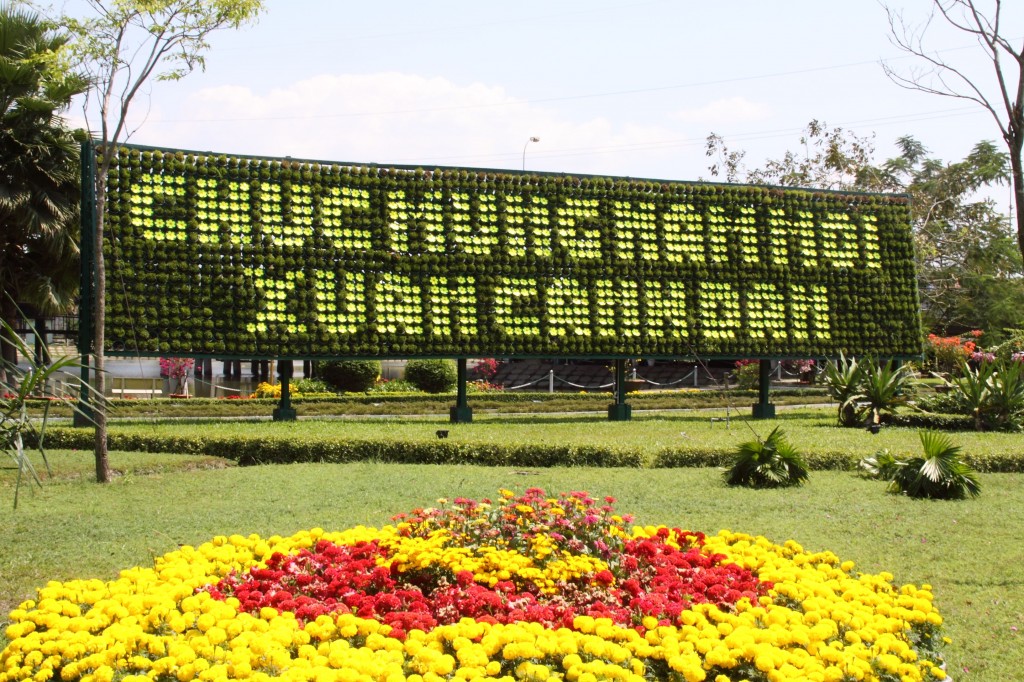 Like many Westerners do with the Christmas season, people in Asia often try to get maximum elasticity from Tet, the weeklong holiday marking the lunar new year that sometimes stretches for a week on either side of the “official” observance.

Now that it’s over – unofficially, as well as technically – this reporter’s sorry to see it go, as it made for an enjoyable hiatus in Ho Chi Minh City. It may well simply be the romance of the new, of course, but the occasion seemed refreshing in several regards.

It’s not that the celebration is devoid of the rampant commercialism that has turned Valentine’s Day, which happened to be the same day as Tet itself – from an innocent, egalitarian exchange of handmade cards in school, into the benchmark of status resentment and marketing that’s transformed it into Valentine’s Week. In fact, the Vietnamese refer to Tet colloquially as the 13th month and the designation goes beyond the desire to prolong the fun: The standard employer-to-employee tip is one month’s salary, inviolate regardless of job performance. 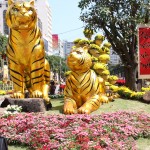 Copious plantings and antically stylized tiger sculptures are part of the fun.

Like retailers everywhere, those in Vietnam also leverage the holiday cheer in the service of profitability. Several local newspapers ran stories about rising food prices, despite the city’s “price stabilization program.” The specific commodities involved may have been different – among the goods seen to “skyrocket” in price, according to Viet Nam News, was moc nhi, or cat’s ear (thankfully, a kind of dandelion) and gio thu, or pig’s head paste – but the pattern seemed indistinguishable from any free-market economy.

Predictably, alcoholic beverages also spiked in price, and a 10,000 to 20,000 Vietnamese dong increase per 24-can “crate” might sound exorbitant. In fact, though, that works out to pennies a can, so what the hell – it’s the holidays.

And from my perspective, it all seemed a pleasantly low-key affair. For starters, the sudden reduction in motor traffic and industrial output made for undeniably cleaner, clearer air, and the relative lack of congestion made getting around town – even by bicycle – a blessedly non-traumatic affair. The golf courses around the city, usually packed on weekdays, always on weekends, were all accessible on short notice. With most businesses closed for at least a week, the ones that were open, for example, the driving range, almost always offered Tet specials and seemed genuinely happy for the patronage.

Tet traditions vary from country to country in Asia, and in avowedly family oriented 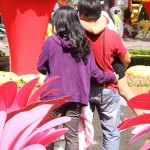 Vietnam, this imbues the holiday ethos with a temperateness not associated with, say, New Year’s Eve in Times Square. Instead, the exuberance of the season is expressed via their predilection for horticulture, as most of Nguyen Hue Street, one of downtown Saigon’s main thoroughfares, is festooned with an explosion of plantings and, this year – the inopportunely named year of the tiger — feline sculptures in every imaginable iteration. Other city parks become massive nurseries where intricately groomed kumquat trees – the Christmas tree of Tet – are displayed and sold.

So somewhere, some Vietnamese guy was probably reaching for the bottle of rice vodka and saying, Oh, Lord, not another Tet at the in-laws. For the out-of-towner and Tet novitiate, however, it’s the most wonderful time of the year.