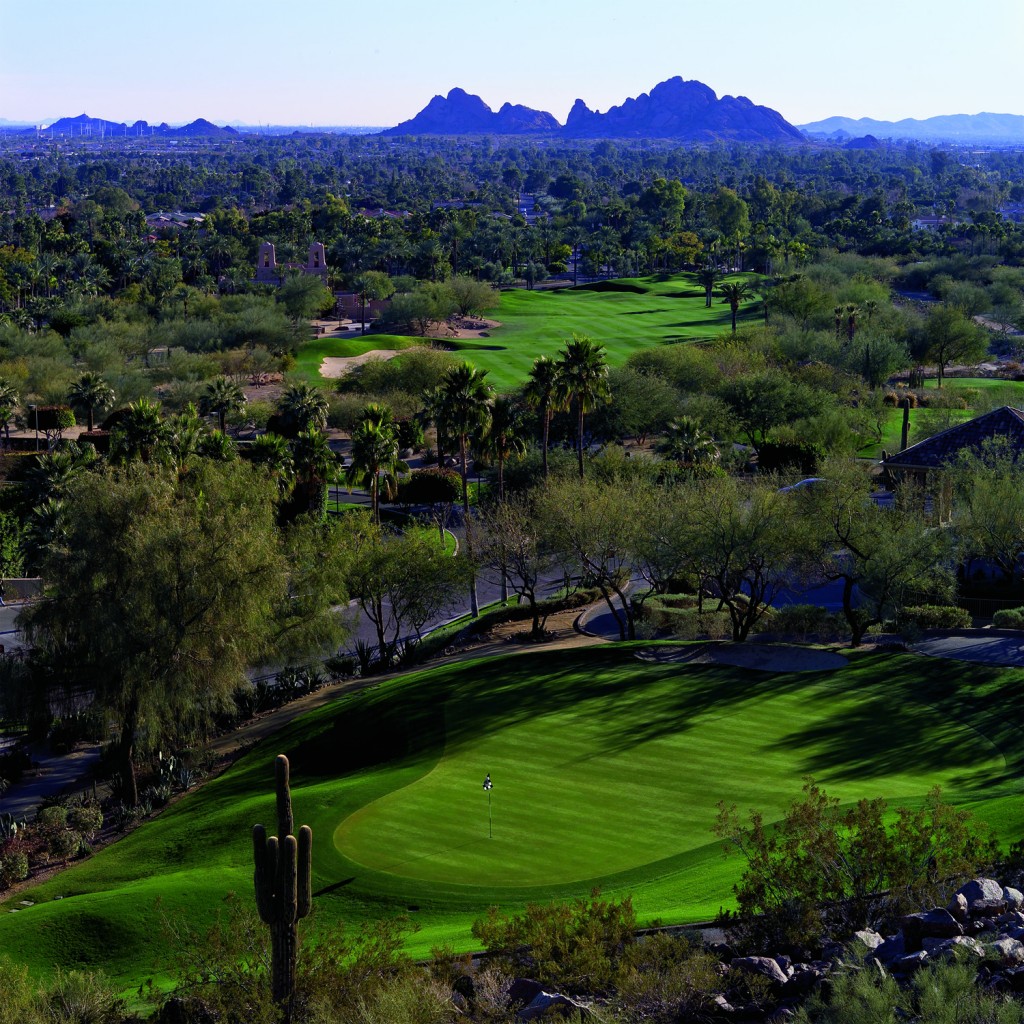 The Phoenician's three nines wow you without beating you up. Above is the 8th green, a short par 3, on the Desert Course

If you’re anything approximating an avid golfer, you’ve experienced the mindset: Such is the constellation of famous, “name brand” courses that you feel you know many of them – at least by reputation – even when you’ve never played them.

So it’s always intriguing in such instances to see how preconceived notions mesh (or collide) with reality. Perhaps The Phoenician resort’s larger-than-life image – 600-plus accommodations within stunning architecture, nine swimming pools, a $25 million art collection, a two-acre cactus garden and 250 acres of manicured grounds – primed me to expect that the 27 holes of golf would be of similarly strapping proportions.

This notion turned out to be erroneous. At the same time, the three nines – named Canyon, Desert, and Oasis – made a bigger point relevant to current discussions about the creeping obsolescence of many older courses: Golf’s challenges and delights don’t require immense forced carries and a layout stretching toward infinity.

In fact, the longest 18-hole combination of the three nines at The Phoenician is less than 6,300 yards, giving even us golf geeks the rare opportunity to say we played “from the tips.”

Designed in increments by Ted Robinson, Sr. and Homer Flint during what might be called the golden age of resort golf architecture, the three sides are sneaky difficult: narrow fairways and putting surfaces — including a sand-island green — with subtle, difficult-to-gauge contours.

Lush turf conditions complement exotic desert flora, all framed by views of distant mountains and the tasteful architecture of the resort itself.

Relish Burger Bistro also represents one of the best 19th hole options around. Besides the eponymous Kobe beef offerings, the menu features an immense list of beers, including an ever-revolving selection of seasonal choices from local craft brewers.