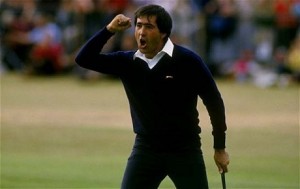 Many of this week’s tributes to Severiano Ballesteros will rightly note his deft shot-making ingenuity. But his gentle hand extended far beyond his uncanny short game, as this reporter’s brief but vivid encounter with him proved.

It took place at a hastily organized reception in Manhattan, hosted by the Tourist Office of Spain, prior to Seve’s 1997 triumph at Valderrama as captain of the European Ryder Cup team. It was cocktails and hors d’oeuvres, not a press conference, per se, and the focus of his extemporaneous remarks was the allure of Spain, not just the upcoming competition. Thus, the dozen or so writers included food and general travel scribes and only two other golf writers.

(My invitation was the result of having worked with the tourist office in connection with a previous visit to the Costa del Sol. Given the hoopla surrounding the present-day, it’s difficult to imagine an event like the reception transpiring at all, but the serendipity only seemed to enhance the festivities.)

Seve was as charming and handsome as reputed, but what I remember is his facility for conveying the fascination of his native land – and of golf – to writers who knew little or nothing of one or both. (“Are there many golf courses in Spain?”) True, he probably could have said absolutely anything to the female reporters in attendance. Even so, his unassuming grace and magnanimity in accommodating everyone was remarkable.