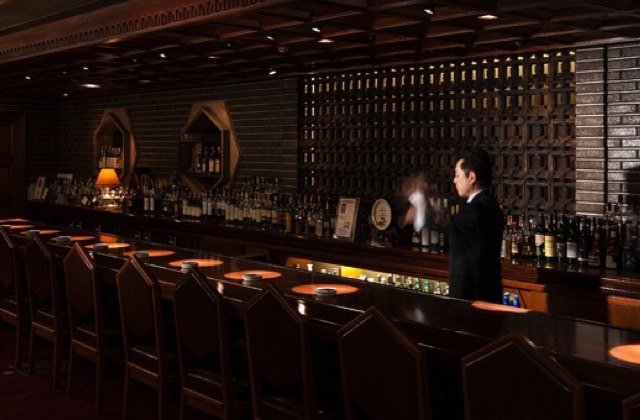 Surrounded by an invisible yet palpable fog of jetlag, I was sitting on one of the twin beds at midday in my tiny room at Tokyo’s Hotel Okura, which is across from the U.S. Embassy, when the ringing phone brought me to attention.

“Come to the lobby. We’ve got to go somewhere,” said the voice on the line – instantly recognizable as my boss, renowned Detroit morning radio host J.P. McCarthy.

“What should I wear?” I asked him.

“Remember this, my boy,” he answered, “you can never go wrong with a blazer.”

We were in Japan to broadcast live from the 1991 Tokyo Motor Show, but McCarthy, walking briskly, eschewed a car and had me, instead, follow him onto a subway train. It seemed he liked the challenge of figuring out and navigating the various colored train lines on the maps since all of the writing was in Japanese. While emerging from the bustling orange line’s underground station, I finally asked the 58-year old radio star where we were going. Instead of answering, he just kept moving and waved me on as if to say, “Never mind, kid, just follow me.”

Up the street we went into the doors of the Imperial Hotel. I hustled to keep up since he didn’t slow down in the lobby but instead went right through it and up into the doors of the Old Imperial Bar. McCarthy and I were virtually the only people in the distinguished, dark lounge with burgundy carpet, so we had our pick of the long line of sturdy wooden, red-velvet cushioned chairs at the table-height bar facing the dark brown brick wall. We pulled of a couple of the heavy seats out, sat down, and, like men do, hunched over the bar with out elbows on it.

“Dewars, on the rocks, please,” McCarthy told the tuxedoed, Japanese bartender, who, standing in the well of the bar, nodded and turned to me. McCarthy tried not to wince when I ordered something stupid like an Absolut and grapefruit juice.

The cocktails came in an efficient fashion, and I took a big swig – so did he – but I was the one nervous to learn what this was all about. Did he have bad news? Why did we have to leave our hotel and go across Tokyo to be alone? Was he displeased with my production work? Was everything okay?

My glass half empty, and his Scotch almost gone, I couldn’t take it anymore so I finally asked, “J.P., do you have something you want to tell me?”

He looked at me and said, “No…I just wanted you to be able to say you drank where MacArthur drank.”