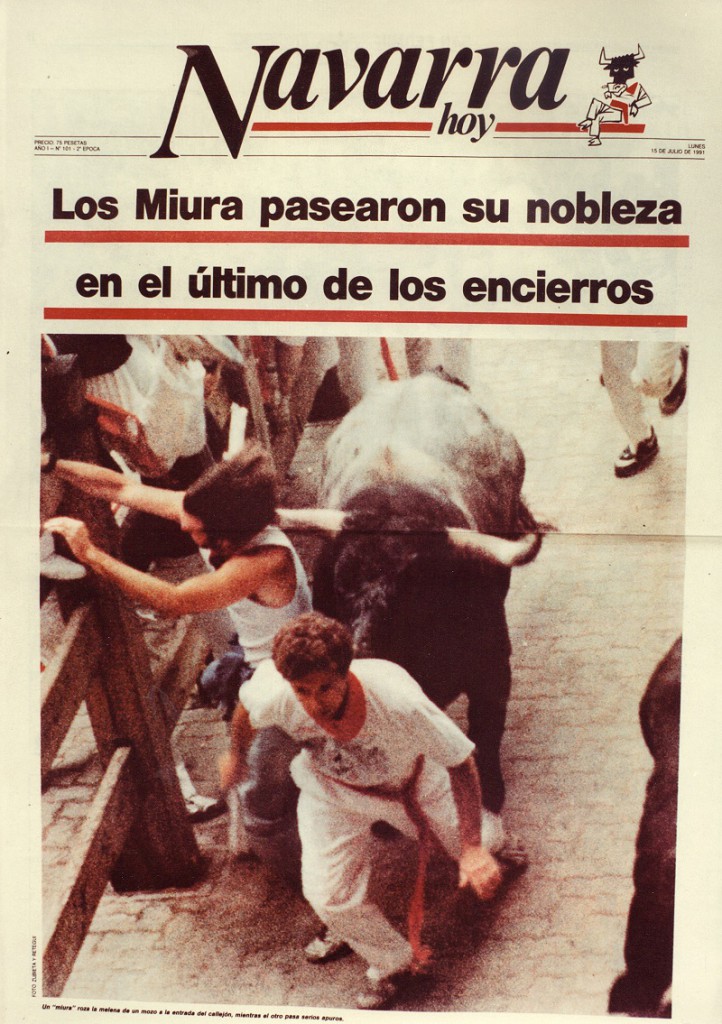 The bulls have run, yet again, to their “deaths in the afternoon” in the bullfight ring during Pamplona, Spain’s nine-day Festival of San Fermin. And yet again, a number of tourists from around the world were gored, trampled and otherwise injured. Thousands turned up, some to check off a “bucket list” item, to run with the 1,400 lbs. stampeding bulls. 15 people have died in the “Running of the Bulls” since record keeping began in 1924.

“I was scared out of my mind the first time. And every time I have done it it’s been scary, thrilling and, at the end, extremely fulfilling,” says Gary Shrewsbury, a photographer from Lansing who has run with the bulls over three decades.

“People here in Pamplona love and respect the bulls,” says Michael Murphy, who guides as many as 500 tourists each July to participate in or watch the “running of the bulls” from balconies over the street via his PamplonaMan.com.

“It is madness and chaos when you’re in the run itself. You’re running with thousands of people but you’re actually only worried about what’s happening 10 feet in front of you and right around you,” says Shrewsbury, who, like most, runs in the traditional all-white white outfit highlighted with a red scarf and sash. “People drink all night, and I have too, and then run with the six rampaging bulls and six oxen when the rocket goes off at 8 a.m. Several of my friends have been injured. I have been hurt, too.”

The complete run is 875 meters, which the bulls cover in just over two minutes.

“The object is to stay on your own feet and not knock anyone else down but also to get as close to the bulls’ horns as you can. Friends of mine charge the bulls as they run by, but I run with the bulls at the end of the road. It takes about two minutes for the bulls to get near me, so the trick is to get into the flow and not get knocked down, and let the bulls catch up with me,” he explains. “If you see a lone bull (a ‘suelto’) separated from the herd, head for the nearest way out or grab someone you don’t like and hold them in front of you,” Shrewsbury jokes. “Lone bulls happen quite frequently and usually at the sharp turn called the Mercaderes which leads to Estefeda: the longest straight away. The lone bull freaks out without the herd and then his instincts take over and he goes after any movement with his horns, often resulting in goring.”

Shrewsbury says the bulls are fast, so the most anyone can expect to run with them, at full sprint, is about 50 yards.

The eventual bullfights are “frightening, brutal and magical,” says Shrewsbury, who has attended only a few times.

PamplonaMan.com offers guided tours and pre-run instruction from an experienced runner who teaches tourists the insider tricks such as where to stand; where not to be caught; and where to be for safety. The service offers accommodations, bullfight tickets, and wine tours, too.