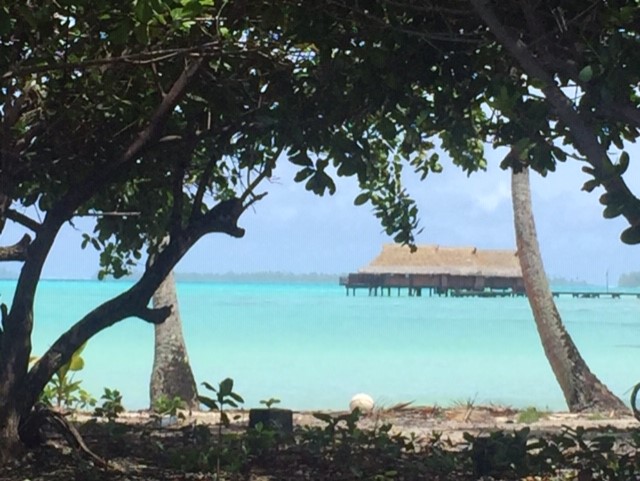 I sat sipping a “Sun Setter” boat drink on the rooftop patio of the Mayfair Bar overlooking Lake Lansing on a Saturday afternoon with a couple of other thirsty pals. Swilling in that kind of setting can produce speculation, so I posited, “If you had to live in one town for the rest of your life where would it be?”

When I said “live” I really meant “exist.” Like Napoleon in exile, you would be forever confined to the town you choose. (We decided, for fun, that price would not be an object.)

“Miami or Naples, Florida,” said Tim McGuire. I suggested to him the Ritz-Carlton Fort Lauderdale might be a suitable compromise in that it has the more vibrant liveliness and diversity of Florida’s southeast coast…without the traffic of South Beach.

Pierre Lavoie, who like McGuire and myself, lives on Lake Lansing, piped in that he would live out his days on Beaver Island, a rugged preserve near the top of Lake Michigan…a daft idea which left me speechless with no reasonable compromise to suggest!

I then considered my own “witness protection-style” locations.

I once met a stylish, elderly Englishman in Monaco who revealed to me in the elevator that he’d been living in the luxurious Hotel de Paris next to the glamorous Casino de Monte-Carlo for 35 years. While this was a decidedly cool, mysterious moment, I decided decades of belle époque and tuxedos would probably wear on me.

I then recalled reading that socialite Pamela Churchill Harriman died in the swimming pool at the Paris-Ritz while serving as U.S. Ambassador to France. While envious, I knew a passing like that was altogether too high an aspiration to hope for.

Dingle, County Kerry, Ireland was a very scenic, suitable and soulful choice – but I’d already died there a number of mornings trying to wake up after extra-long nights in the village’s many pubs. (Which you haven’t lived until you’ve done.)

Vatican City and Venice crossed my mind as stimulating and intriguing. San Diego was nice and soft.

But I once visited Vahine Island, a tiny spit of vehicle-less coral and beach in Polynesia. The only thing on the private island were palm trees and a grassy, eight-bungalow, thatched-roof resort reachable only by a small, once-daily ferryboat. Vahine was operated only by a young French woman and her husband who was a classically-trained Parisian chef. I spent three windward days and nights without television, air conditioning, a menu, or shoes – because none of them were needed in the desert island experience. The waves lapped up against my deck and coconuts fell from the palm trees as the wind whistled through the fronds. The impossibly bright blue sea seemed electrified and hypnotic – defying me to look away from the unspoiled, unpopulated views which can only adequately be described as heavenly. Upon departing I informed the house manager, “I would like to die here.”

She smiled while replying, “It can be arranged…but not today.”

Ponder the question yourself. Many people live on an island of sorts right now. How often, for instance, do you travel outside the Lansing area or even your neighborhood? What’s important with the time you have left?