Does your heart swell with sensations of romance and adventure at the mere sight of a boat? Any kind of vessel – from a ship to a skiff – holds my imagination. I am especially hypnotized by the faint sight of the running lights of a boat at twilight gently gliding out to sea or into the lake. “Where is that boat going?” I wonder. “Why did it have to leave at that late hour as darkness fell? Who is on board?” 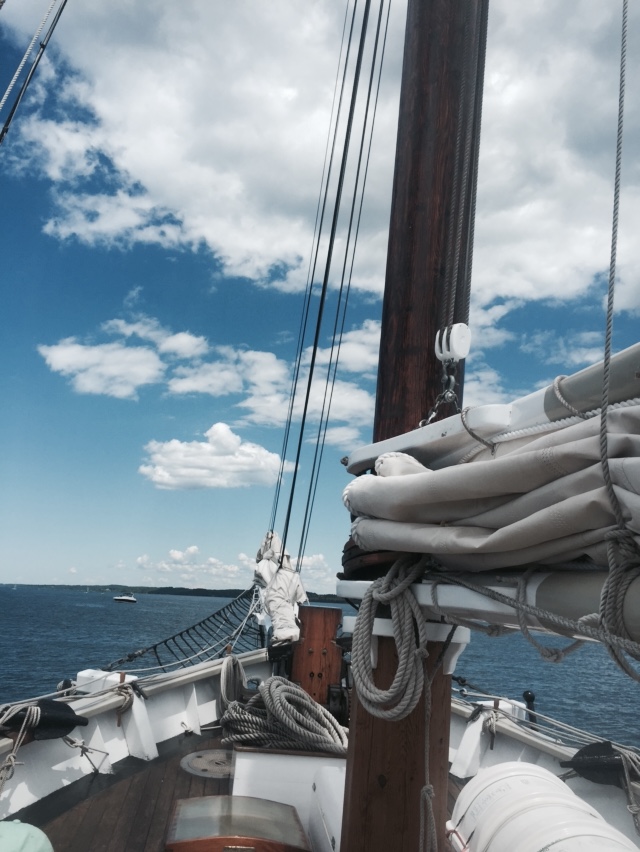 I recently watched just such a scene unfold from ten stories above the west bay of Traverse City as the sun set. Cocktail in hand at the piano bar in the Park Place Hotel’s Beacon Lounge, I gazed out at the bucolic, blue bay and listened to the very talented Tom Kaufmann tickle the ivories while he sometimes sang along or simultaneously playing harmonica. Going up to drop in on Kaufmann’s keyboard evenings, Friday or Saturday nights, is a must for the scenery and the maritime music he provides: songs such as “Beyond the Sea,” and “Sunrise Sunset” timed like a soundtrack to the setting sun. I became especially moved when Kaufmann played and sang Louis Armstrong’s “What a Wonderful World,” because I watched the boat float north up the west bay and fantasized about how that freshwater highway into Lake Michigan and beyond could take that cabin cruiser anywhere in the wonderful world its’ helmsman wanted the to go. Would it moor in Mackinac or Miami…or would the Windy City’s skyline be soon in sight? What kind of weather would she encounter on the way, and how would she handle it? Was someone on board looking longingly back through the wake at the 25,000-watt beacon atop the very hotel in which I sat? 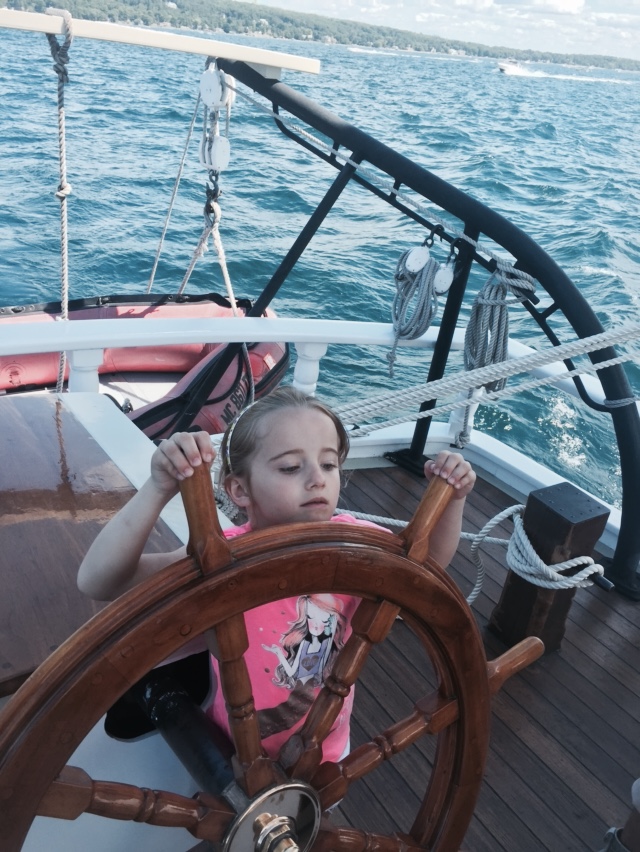 The fifth-story, open-air rooftop bar of the snazzy, new Hotel Indigo, in Traverse City’s hip, emerging “Warehouse District,” is the swell spot from which I saw the tall ship “Manitou,” a 114-foot, double-masted, replica of an 1800’s cargo sailing schooner, meandering throughout the west bay the next day. It was my chance, via a two-hour day tourist trip, to get on the water. Passengers, who can sit on and climb all over the deck and explore the captain’s quarters and galley down below, can also help the crew, if they wish, hoist the 3,000 square-feet of white, billowing sails. The Manitou, like the boat I watched heading up the bay, also ventures up and out into Lake Michigan for multiple-day, bed-and-breakfast sails to remote locations such as Beaver Island and Manitou Island. “We don’t set a specific cruising itinerary ahead of time,” a rookie deckhand, who lives on the boat all season, told me. “It’s the winds and the waves that decide where we sail and when.” Day cruises to wineries up the Leelanau Peninsula are offered, but for a truly salty maritime experience, Wednesday evening cruises feature the musical group “Song of the Lakes” playing jigs and ballads of sailing and life on the sea. Visitwww.TallShipSailing.com