A squirrel with a golf ball in his mitts is the logo of the 2007 US Open?

Officials at the USGA have, more than once, turned perfect courses into dog tracks. The course conditions at the 2004 US Open at Shinnecock Hills became so brutal on Sunday it became impossible to hold the green at the par 3 7th hole. With three triple bogeys and another bogey, the first four players played the hole in a combined 10 over par. The USGA then decided to water the green after every two or three groups came through. As the story goes, they didn’t water the greens before Jeff Maggert’s group and he made a special request to water the green before he hit his tee shot. Maggert said they told him, “We water it when we feel like it.” No one likes greenskeepers with attitude.

Billy Mayfair hit the green with his tee shot but his first putt rolled into a greenside bunker. He ended up shooting an 89. After a seemingly perfect Charles Howell III shot rolled into the greenside bunker, the gallery actually booed the hole. Retief Goosen ended up winning the tournament on a day when not one player broke par.

And how do they get super fast greens? They don’t water them. In 1989 at the Olympic Club, fast greens and an ill advised pin position made it impossible to stop a downhill putt anywhere near the hole. Seeing his putt pick up speed after it passed the hole a frustrated Kirk Triplett put his putter in front of his ball while it was still moving, invoking a two stroke penalty (he was going to miss the cut anyway). 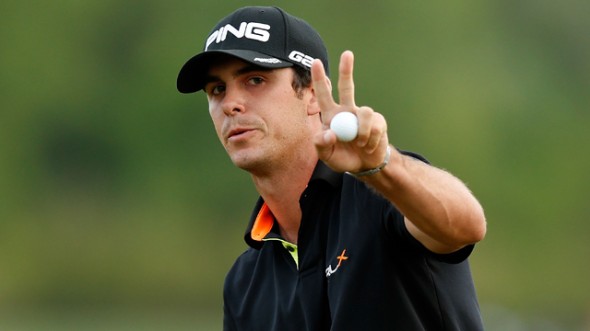 Shout out to Billy Horshel for calling out the USGA

Poor Billy Horshel didn’t like the greens last year at Chambers Bay at all. “We’re not looking for perfect greens. We’re not looking for Memorial’s greens or even last week in Memphis. But we’re looking for something that’s very consistent and this week they’re not…four is Godawful. Ten is not much better…that hole is in dirt. It’s literally dirt. There’s no grass around that hole.” And hearing Billy Horshel complain about anything would be like hearing Jay-Z complain about Beyonce’s cooking; there’s zero chance I would feel any sympathy. However, he makes a good point.

Why not just play the course moderately fast and firm? Why take a risk that it gets out of control? Why make the courses so difficult? People like to see birdies! A ten-footer for par is like wheat toast. Yawn.

In addition to the tweaks to the course conditions, the USGA will shorten two of the par 5s to make them par 4’s and changes the course par from 72 to 70. The purpose is to make the winning score close to even par. I don’t really get the point. By that logic, you could make par whatever you want. Why not change a couple of the par 3s to par 2s and then 8 over would be the target winning score? And wouldn’t that really show how incredibly difficult it is to win a US Open.

The other problem with changing par 5s to par 4s is that it significantly modifies the aesthetic and strategy of a hole. For example, think about the two shortish par 5s at Augusta National, 13 and 15. They both have a creek in front that forces players to make a great shot to get on the green in two. If you shorten them slightly and make it a par 4 then the strategy goes away. You have to go for it every time. If the USGA were able to hold the U.S. Open at Augusta they would absolutely make one of those holes a par 4. What a ridiculous thought.

The other course setup tradition, deep rough, makes hitting the fairway very important as it is difficult to stop approach shots on the fast, hard greens from the rough. But deep rough also removes some of the strategy of approach shots. There is little a player can do from deep rough except to swing hard and play to the fat of the green. There is no chance of working the ball from 4 inch rough. One of the great things about watching professional golfers is the incredible shots they make from trouble. Watching a player try to hit a low runner or a high cut to avoid a tree and then seeing them pull it off is an incredible thrill. Think about Phil Michelson’s approach from the pine straw on 13 at the 2010 Masters. And compare that to all those memorable deep chunks from 4-5 inch grass at US Opens through the years. Oh, that’s right, there aren’t any.

Recent setups have changed some of this. The USGA moved away from the deep rough setup for the 2014 event at Pinehurst. In an attempt to have the course play more like the original Donald Ross design they only had two cuts of rough. The USGA might have been alarmed as Martin Kaymer blitzed the field with an overall score of nine under. But Eric Compton and Rickie Fowler tied for second at one under so, USGA, you can be comfortable that your fake par was not compromised.

One thing that the USGA has done right recently is to use public courses for their venues. For the time being, it looks like municipal courses Bethpage and Torrey Pines will be in the rota. And why is that important? The list of courses that have hosted multiple times is mostly made up of private courses with notable exceptions being Pebble Beach and Pinehurst (Pebble Beach costs $495 to play. You have to stay there to get a reservation. The cheapest room at the lodge is $790.)

In this era where golf is struggling to stay relevant it’s necessary to promote affordability and inclusivity. There are stupid-rich men building ultra-private vanity courses to feed their own ego. Do an internet search for The Institute Golf Course in the Southern Silicon Valley or the Alotian Golf Club in Arkansas. Oh, you didn’t find anything. That’s right, there are no websites for either of those courses. It’s like they’re ciphers whose sole bragging rights come from how few members they allow. That’s not good for the game. And in perennially dry Northern California it’s not a good use of water.

The list of courses that have hosted the US Open used to be nearly all private clubs. Winged Foot and Olympic have each hosted 5 times. This year’s host Oakmont Country Club has hosted 8 times, more than any other course. Those three are private but now Bethpage and Torrey Pines have each hosted twice. So bravo, USGA, for making your championship more accessible. Here’s hoping you can also make your course setups more accessible in the future.