True links aficionados put the venerable Old Tom Morris-designed Machrihanish Golf Club on their list of places to play before they die and now there’s another reason to take that long, winding road. to Machrihanish. This remote southern end of the Kintyre peninsula inspired Sir Paul McCartney, who has a farm in the area, to recorded his 1977 hit “Mull of Kintyre.” Locals will also tell you that McCartney’s ballad, “The Long and Winding Road,” is about the B842 running along the east coast to Campbeltown. 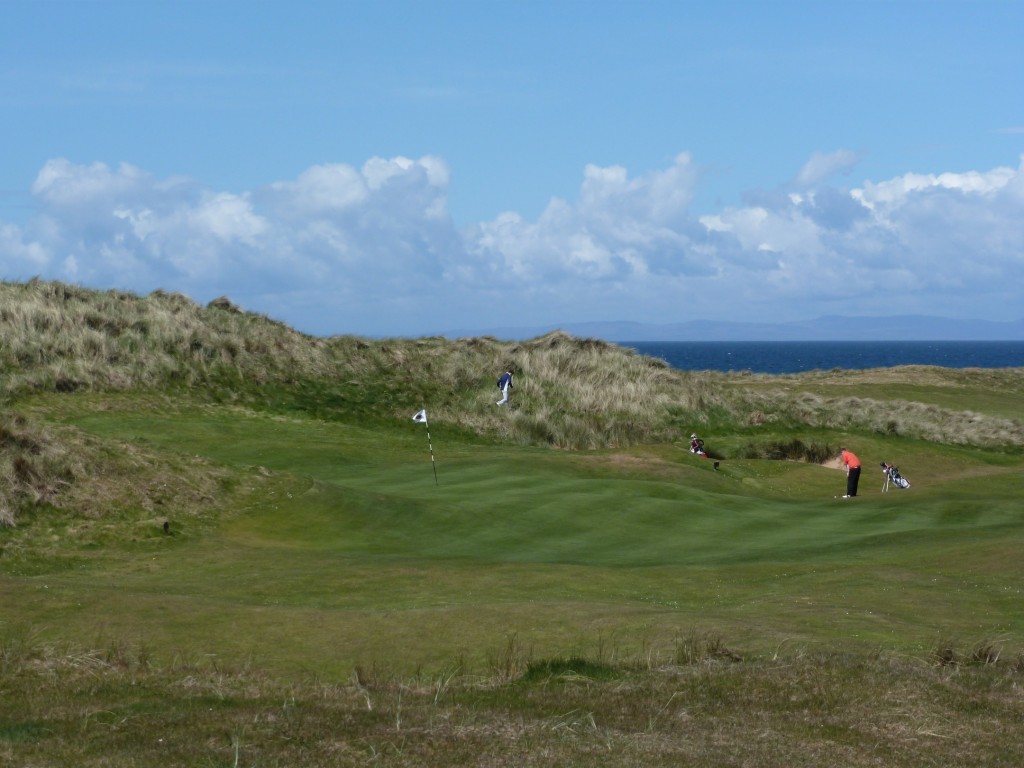 The new Machrihanish Dunes is the first links to open on the west coast of Scotland in 100 years.  Acclaimed architect David McLay Kidd (who also designed The Castle, the latest at St. Andrews), was Southworth Development’s obvious choice to take on the project. As a child, Kidd spent summer holidays roaming this very links land where he would eventually get to build what’s been dubbed “The World’s Most Natural Golf Course.”

The “field of dreams”  was not without its obstacles. Kidd and his team had to abide by strict environmental rules laid down by Scottish National Heritage. This meant moving minimal dirt, digging no drainage or irrigation, using no pesticides and buying a herd of feisty black sheep to “mow” the rough.  The happy triumph, as the course slogan goes, is “the way golf began.”

We played it today under a brilliant blue sky. Along with we Warriors, there are quite a few other golf journalists and personalities gathered in Machrihanish this weekend. We’re all here to play the courses and also to celebrate the grand opening of the restored Royal Hotel overlooking the Campbeltown Harbour. (More on that later.)

As if playing the Dunes wasn’t thrill enough for the day, I also had the honour of meeting golf scribe, James Finegan, author of several award-winning books and articles. His weighty tome, Where Golf is Great: The Finest Courses of Scotland and Ireland sits on my desk and whenever I need a bit of inspiration, I refer to Finnegan’s elegant and passionate prose. Another golf writer for whom I have a great deal of respect is Malcolm Campbell aka the Silver Fox. Campbell and George Peper co-authored the authoritative book on links courses worldwide titled True Links.

We managed to get golf gurus Finegan and Campbell to chat about their impressions of Machrihanish Dunes for a wee video that David Whyte will be posting shortly. (Note: I may not have their quotes verbatim but I think I’ve got the gist.) 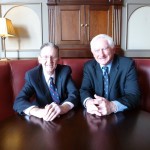 “The great thing about Machrihanish Dunes is that it links with Old Tom’ s philosophy,” remarked Finegan. “Both are built by hand so you’ll get blind shots, strange routings and the unpredictable. It’s classic and real. Anyone who hasn’t come here is missing an important link to the past. You’ll see golf holes the likes of which you’ve never seen before.”

Campbell added these words of wisdom: “I think this is an important course for the future of the game. Most of the courses being built today are too expensive to construct and maintain. Only the links model makes sense. Machrihanish Dunes is a remarkable model and anyone in the business should, as part of their education, be required to come out here and see it.”

You’ve heard it from the experts. So take that long and winding road to the place where golf began—and should be going.