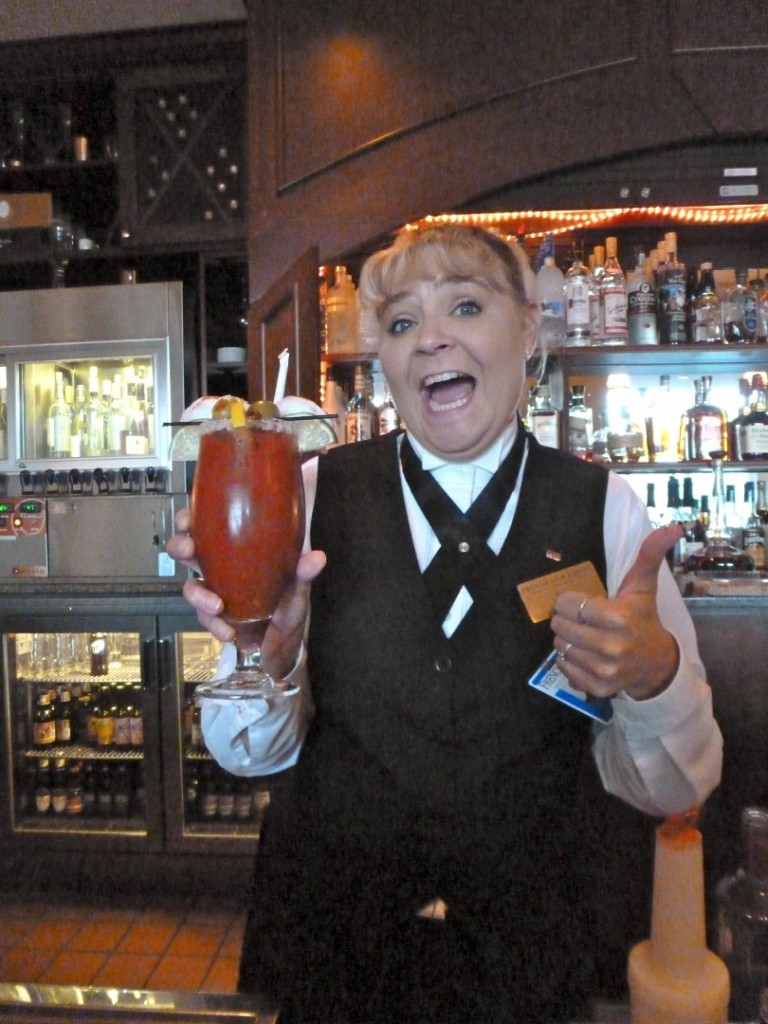 Where else but at French Lick?

The story goes that one day in 1917, Louis Perrin, a harried chef at the French Lick Hotel, runs out of orange juice. Eager to please his customers, Perrin squeezes some fresh tomatoes, adds a dash of sugar and seasoning. Voilà, tomato juice is born.

Before dinner at the 1875 Restaurant, (named for the year of the first Kentucky Derby in nearby Louisville), we thirsty Warriors met bartender,Tomi Parker, whose been working at the French Lick Resort for almost 30 years. Tomi takes her career as mixologist at the 1875 seriously. When I asked if she had any cocktails that pay homage to the tomato juice legacy, Tomi whipped up her signature 1875 Bloody Mary.

This “meal in a glass” contains vodka that Tomi has infused with whole black peppercorns, Tabasco, Worcestershire sauce and tomato juice (canned). Tomi garnishes it with slices of lemon and lime, green olives and a colossal cocktail shrimp. The black pepper vodka adds depth and bite.

Dinner at 1875 is an Old-World experience where prime cuts are perfectly grilled and served with terrific side dishes such as mushrooms spiked with red wine, creamed spinach and mega baked potatoes. Save room for the classic desserts, such as cherries jubilee and bananas Foster flambéed with panache at your table. 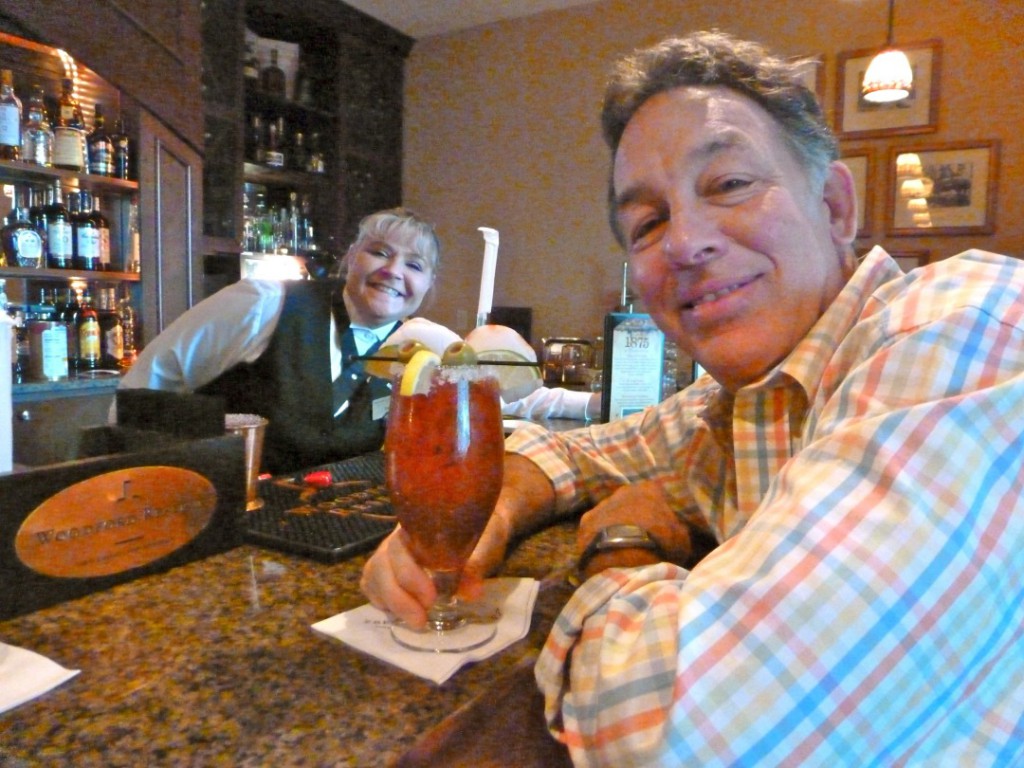