Lords and Lady of the Manor 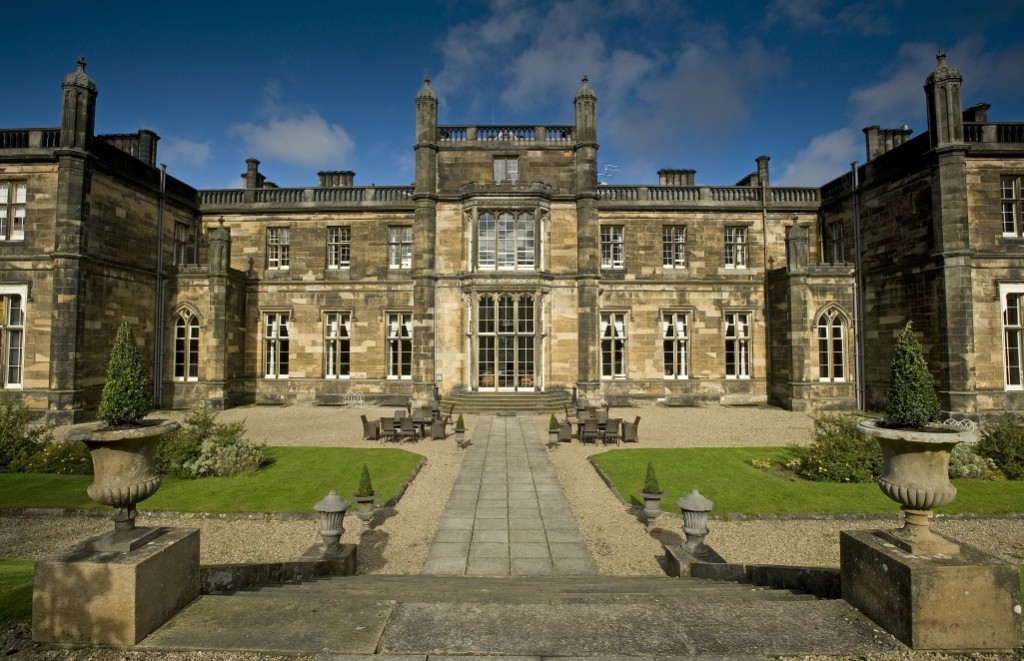 It’s been a full week here as we Golf Road Warriors tackled some of the best courses on the eastern side of Scotland. We’ve been wined, dined and warmly welcomed all along the way, and now for our last two nights, we’re comfortably ensconced here at Mar Hall Golf and Spa Resort. The baronial mansion overlooking the River Clyde, originally completed in 1845, has received a £15 million restoration to bring it back to its former Gothic grandeur.

Thankfully, Angus, our cheery PerryGolf driver, deposited us here just in time for me to make my spa appointment. Mar Hall boasts the only Aveda Destination Spa in the entire U.K. with a huge list of therapies using the eco-friendly Aveda product line. Gosia, my Polish masseuse began my treatment with a warm sudsy footbath. I’d like to describe the massage in more detail but I conked out after about ten minutes on the table. I wanted relaxation, so thanks, Gosia, mission accomplished.

We Warriors met up in the Spike Bar with golf director, Jamie Darling, a lovely chap whose wife has just given birth to a baby girl. Tomorrow morning, not so bright an early (my request), he’s arranged for us to tee off on the resort’s Earl of Mar championship course designed by Dave Thomas Jr. for our final round together as Warriors. 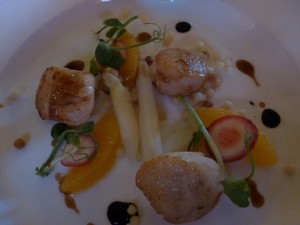 We then adjourned to the magnificent Cristal dining room (paneled with oak from Canada). As the restaurant’s name implies, Mar Hall prides itself on its impressive selection of Champagne. I must confess that I made a serious dent in their “vitamin C” menu before the main course arrived. Chef Sam Carswell puts imaginative and delicious twists on Scottish classics. Loch Fyne smoked salmon, for example, comes with an avocado emulsion, apple caviar. Beef, aged for 28 days, gets kicked up a notch with braised cheek, escargots and an onion/parsley risotto. Fancy some frog leg bonbons?

Mar, we learned, was one of the seven Kingdoms in ancient Scotland and the “Earl of Mar” is the oldest title in Britain. The place has quite a pedigree. In fact, a couple of past visitors have included Mary Queen of Scots and Robert the Bruce. Now the hotel can add the Golf Road Warriors to its illustrious guest list, and in particular, Warrior Whyte. You’ll be seeing much more of David J. Whyte in upcoming Road Warrior videos so I will keep you in suspense. Let’s just say that David has become somewhat of a celebrity in our midst.