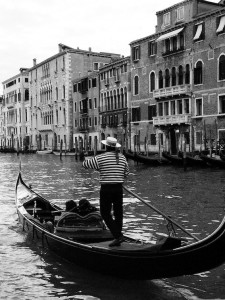 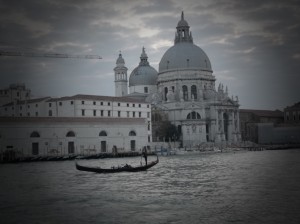 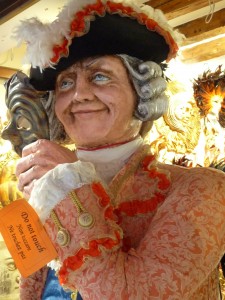 Truman Capote once quipped that, “Venice is like eating an entire box of chocolate liqueurs at one go.”

The moment I first laid eyes on her I was smitten by La Serenissima. Who would not be seduced by this fantastic mirage rising like a Venus from the lagoon? Nothing succeeds like excess could be her motto—from the golden mosaics of the Doge’s Palace to the marvelous Tintoretto-painted ceilings on the Sculoa di San Rocco.

Venice is like a treasure chest brimming with precious exotica from all over the world. This fantasy isn’t far from reality, actually. The city was built by merchant princes whose navies ruled the eastern Mediterranean and dominated trade routes between Europe and faraway eastern lands. So if La Serenissima seems to be a tapestry woven of silk, velvet and lace imbued with saffron, cinnamon, amber and silver filigree, it’s because those riches and more first entered the western world through her labyrinth of waterways. Probably nowhere else on earth does East meet West with so much panache.

Venice has been flabbergasting visitors for centuries. Entering the city via the Grand Canal is a staggering experience whether it’s for the first time or the tenth. Walt Disney could not have improved upon this architectural fantasy of Romanesque and Renaissance palaces, domed churches and arched bridges, all bathed in that rich radiant light that is Venice’s alone.  At dusk the city becomes shrouded in a soft mist made mauve by the glow of the iconic lamplights. The grand salons of the palaces are illuminated by flickering Murano-glass chandeliers and their lacy facades appear to be melting into the watery mirror below.

Is Venice a tourist Mecca? Of course. We flock to the Piazza San Marco, which Napoleon described as the drawing room of Europe. We order exorbitantly priced coffee with zabione liqueur and whipped cream served on a silver tray to the accompaniment of a string quartet at Café Florian. We head off to Harry’s Bar, Ernest Hemingway’s favourite watering hole, for a Belini. We soak up contemporary artworks and theatre at the Biennale and Film Festival (held on odd years). 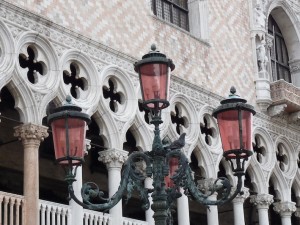 We buy glass baubles on the island of Murano and hand-made lace on Burano, the fisherman’s island, its houses painted in assorted crayon colours with ever-present laundry hanging from the windows. We make a pilgrimage to the island of Torcello, where Venice began back in the sixth and seventh centuries when the locals of the northwest Adriatic fled to the lagoons from the attacking barbarians. We visit Torcello’s remarkable cathedral and marvel over the Byzantine mosaics and then linger over lunch in the glorious garden of the Locanda Cipriani, another Hemingway haunt.

We bargain for leather goods, Carnevale masks and other trinkets in the stalls around the impressive Rialto Bridge. We shell out 80€ for a 40-minute ride in a sleek black gondola gracefully maneuvered through the narrow canals by a dashing gondolier. And we leave absolutely entranced by the city that Gore Vidal called the most beautiful cliché on earth.

There’s also a mysterious and quirky side to Venice that adds to her allure. During the two weeks of Carnevale each winter revelers don masks and fanciful costumes, play pranks on one another and attend lavish balls. You might glimpse the Three Musketeers riding in a vaporetto or your waiter might appear dressed as a nun.

Indeed all of Venice becomes a stage.

Where else would the world’s most famous lover have caroused and become imprisoned in the Doge’s palace for possessing books on magic? Casanova and his cellmate, a renegade priest, escaped by gouging a passage in the ceiling using a steel bar which they concealed in a Bible under a heaping plate of gnocchi.

Where else would a naked Lord Byron swim home along the Grand Canal after a night on the town while his servant, carrying his clothes, followed behind in a gondola?

Where else could Charles Dickens write, “The gorgeous and wonderful reality of Venice is beyond the fancy of the wildest dreamer. Opium couldn’t build such a place, and enchantment couldn’t shadow it forth in a vision…It has never been rated high enough. It is a thing you would shed tears to see.” 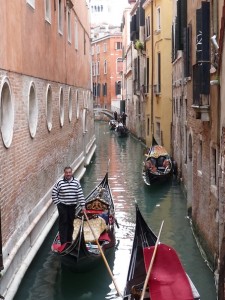 Where else do hotels supply rubber boots for those times when high tide causes the Piazza San Marco to flood so that locals and tourists alike literally walk the planks and slosh their way about town. And keep in mind that as you stroll around Venice’s 400 bridges and 117 islands, you’re actually walking over a petrified forest. The thousands of wooden poles pushed into the mud to create foundations over time have become petrified and are stronger than steel. In Venice, truth can be stranger than fiction.

*Join gondoliers in rustic bacaros (wine bars) where a glass of vino costs less than a euro and a plate of cichetti (savory snacks) such as marinated artichokes, a cod mixture spread on polenta squares and mini salami sandwiches, costs about 3€. Try Cantina Do Mori, San Polo 429, near the Rialto Market.

*Enjoy live opera in a palace on the Grand Canal and move from room to room for each act.

* Dine on inexpensive pastas and pizzas under the wisteria or inside at the cozy Al Nono Risorto Osteria, S. Croce 2338.

* Take a guided “Secret Itineraries” tour through narrow passages of the Doge’s Palace and see the tiny cell where Casanova was imprisoned.

*Shop for a silk Fortuny lamp.

*Buy exquisite lace at Emilia on Burano and dine at the romantic Riva Rosa restaurant, owned by the same family.

*Splurge on a room and dinner on the terrace at Hotel Danieli, a former Doge’s palace just off St. Mark’s Square.

* At the Hotel Cipriani’s Gabbiano Bar, sip a spritz, a Venetian cocktail made of Prosecco, Aperol bitter orange liqueur and a dash of soda. 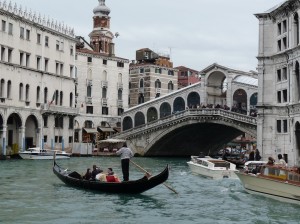