Keep it Weird (and Wonderful)! 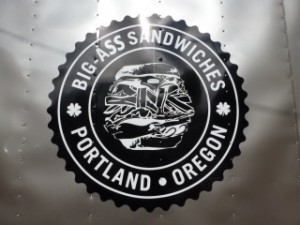 “You know someone’s from Portland when there’s more ink on their body than their resume,” remarks Cedar, my pedicab chauffeur as we cycle from one brewpub to another. He’s one of the few Portlanders who isn’t covered in tattoos.

It was my first trip to Oregon and it won’t be my last. I loved the liberal bohemian vibe. The city’s unofficial motto and local mantra is, “Keep Portland Weird.” This is a town where you can take a Boobs and Brews tour of brewpubs and strip joints aboard a “rickshaw” pedaled by a bikini-clad female chauffeur. Or participate in the Portland Naked Bike Ride. Or grab a late night snack at one of the town’s 800-plus food carts. On the corner of SW 3rd and Ash St., tuck into a Big-Ass breakfast sandwich, a piled high creation of scrambled eggs, hand-cut fries and bacon or sausage slathered in béchamel sauce and crammed into a grilled ciabatta roll ($8.50 and feeds four). It’s also home of the Heathman Hotel where several scenes from the erotic best seller, Fifty Shades of Grey took place. You buck goes a long way in Oregon because the entire state is tax-free.

A longtime local favourite located next to the Vintage Plaza hotel, Pazzo serves authentic Italian dishes from its bustling open kitchen. Chef John Eisenhart credits his talent for creating intense flavours to former boss Mario Batali who sent him on a yearlong culinary trek through Italy. The Natalino, Pazzo’s version of Caesar salad, ($8), is the best I’ve ever eaten. Crisp romaine is sprinkled with Parmesan Reggiano, toasted focaccia croutons and a dressing that’s got just the right kick of anchovy. The pappardelle ($17) with a Bolognese-style meaty/tomato ragout would make Batali proud, as would the vanilla-spiked panna cotta ($7), topped with Oregon blackberries. Oregon is famous for its wines, especially the Pinot Noirs. Try the “Little and Local” flight, a grouping of three Pinots from artisan vintners, $17.

Fifty Shades of Sex in the City

Aside from being named “One of the 500 Best Hotels in the World” by Travel + Leisure magazine’s 2012 awards, the Heathman, a landmark in downtown Portland, is mentioned several times in E.L. James’ steamy Fifty Shades of Grey trilogy. Hotel guests can live out some fantasies of their own. Consider the hotel’s “Charlie Tango No Limits” add-on package, ($2750.) that includes a one-hour helicopter tour of Portland for two, limo transfers to and from the helipad and a $400 food and beverage credit. The more reasonable “Inner Goddess” package, ($40) includes a grey necktie draped around a bottle of chilled Boedecker Pinto Gris, reputed to be the favourite of the book’s dominating and insatiable Christian Grey. 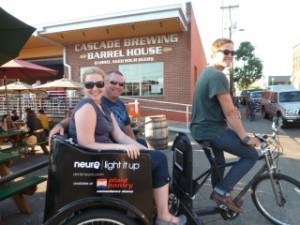 Portland has more brewpubs per capita than any other North American city. First rule: don’t drink and drive in Portland; instead be chauffeured from pub to pub in a PDX Pedicab built for two. One of their best-selling tours is the Brewery Experience—three 45-minute stops at different microbreweries with discounts on your drinks ($45). Most of the brewpubs offer sampling flights of beers with unique (O.K. weird) flavours. At Burnside Brewing Co., $10.50 buys ten four-ounce tasters including the Lime Kolsch with lemongrass and kaffir lime and Smokey the Beer, a porter with mallow root, graham cracker spices and campfire smoke. Think s’mores in a glass. The Cascade Brewing Barrel House specializes in sour beers such as honey/ginger/lime and strawberry. Definitely an acquired taste. Across the road, Green Dragon Buckman Brewery is famous for its non- alcoholic root and ginger beers. The peddlers at PDX Pedicab are informed and entertaining. They will also create fun and raunchy bachelor and bachelorette tours, birthday and wedding bashes and more. “Portland is where young people come to retire,” quips our waiter.

Pick up a Portland Perks booklet at the Visitor Information Center  at Pioneer Courthouse Square and save more than $600 on meals, attractions and more. Getting around is easy and cheap. The four lines of Portland’s MAX Light Rail System connect the International Airport to downtown and several neighbourhoods. The adult fare from the airport to downtown is just $2.40.

Located “where downtown meets the river,” Hotel Fifty is ideally situated close to downtown attractions and transportation. Comfortable beds, posh linens, luxurious terry robes, windows that open, free WIFI and nearby gym facilities are part of the bargain. Plus, most items on the hotel’s H5O Bistro & Bar are half price after 9pm.  In the fall, room rates start at approximately $140. 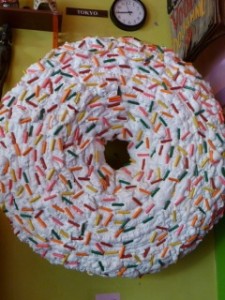 Voodoo Doughnuts began as a tiny shop open during the wee hours offering confections such as the Vanilla Pepto Crushed Tums and the NyQuil Glazed doughnuts until the health officials outlawed those flavours. Today there are several shops around town open 24/7; doughnuts start at 95 cents. You’ll smell Voodoo before you join the legendary line-ups for calorie-laden maple/bacon buns or Loops studded with Fruit Loops. For $100 you can buy a “coffin-size” box filled with 39 killer Voodoos. And now that you’re getting the Portland vibe, you won’t be surprised to learn that quite a few weddings take place amidst stacks of Voodoo’s iconic pink boxes and eclectic décor. (Legal ceremonies with coffee and doughnuts start at $200.) In December 2008 Voodoo’s Portland Cream was designated as “Portland’s Official City Doughnut” by a resolution introduced by the mayor. Voodoo’s slogan? The Magic is in the Hole.

A Walk in the Park 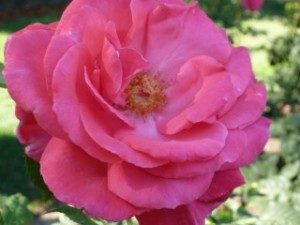 Accessible by MAX Light Rail and located just a couple of miles west of downtown, Washington Park contains the Oregon Zoo, interactive Portland Children’s Museum, Japanese Garden and plenty of trails for biking, hiking and picnics. Don’t miss the International Rose Test Garden where more than 9,000 bushes perfume the air. On a clear day, you’ll have stunning views of snow-capped Mount Hood. For more than a century, Portland has been known as the “City of Roses.” Its  warm, dry summers and wet, cool winters are ideal for growing fragrant blooms.

Every weekend from March to Dec. 24, more than 350 artisans set up stalls at the Portland Saturday Market. Remember everything from the organic catnip to the hemp dream pillows  is tax-free.