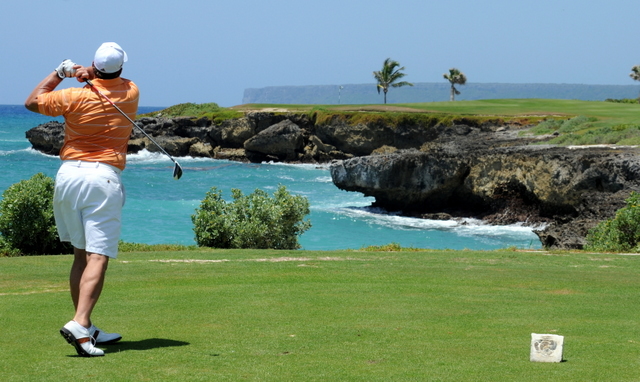 The tee shot on the par-three 13th at Punta Espada

“Espada” is the Spanish word for sword, and there are some sharp, craggy cliffs jutting into the sea on this course. Half a dozen of the 18 holes play along, or out to, the Caribbean. It’s a dramatically beautiful setting, and the golf course does justice to it. 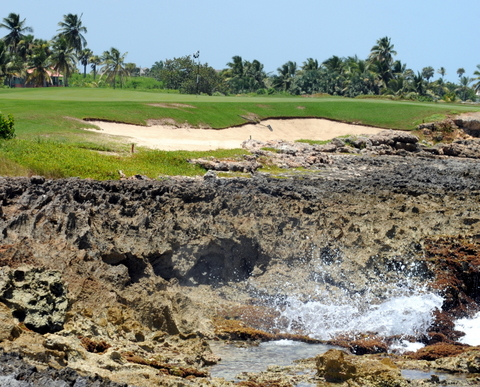 Foam sprays the rocks by the 18th green

The best hole may be No. 2, a 611-yard par five if played from the back tee. That tee is set on a promontory that gives a panoramic view of the course. Palm trees and scrub guard the left side; down the right, there’s a waste area and a pale blue lagoon. The green is set on a scrap of land between the lagoon and the beach. A golfer who tries to reach the green in two has to carry the lagoon and avoid going over. There’s a more conservative three-shot route over grass, but even a short pitch to the green is challenging, given the prevailing wind and a small target.

The 17th is another great design. It’s a shortish par four variation of the cape hole, only 358 yards from the back tees. The shot from those tees has to carry a cove and the more cove a player carries, the shorter the pitch to the green. The green, though. is tiny, and it’s guarded by a couple of nasty bunkers and the blue Caribbean. It sets the stage for the 18th, a 457-yard par four that runs parallel to the shore and into the prevailing wind. That wind can add a few clubs to the approach shot and turn a fade into a ball lost at sea.

The most photogenic hole on the course is the 13th, which plays over another cove to a green set atop a coral cliff. It’s reminiscent of the 16th at California’s Cypress Point, though at Punta Espada, the sea is to the player’s left and at Cypress, it’s to the right. On both holes, controlled length is imperative. The back tee is 250 yards from the middle of the green. Shots soar out over the churning sea and, if they’re not struck very well, carom off the cliff and into the maelstrom.

The course can play very long, at 7,396 yards from the back tees. Even from the tees the average player will choose, it stretches to 6,314 yards with a healthy slope rating of 133. But there are scoring opportunities. Fred Couples shot 62 in the final round to take the 2010 Cap Cana Classic, a PGA Champions Tour event. There isn’t much rough, and the turf gives great fairway lies. 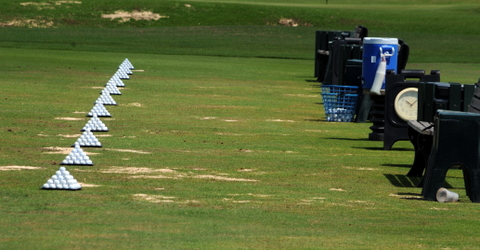 Troon Golf manages the operation, and its influence is apparent from the greenkeeping to the iced towel a player receives at the end of a round. Neat pyramids of practice balls are stacked on the commodious practice tee. Caddies wear white coveralls, and their services (though not their tip) are included in the green fee. Drinks from the beverage cart are also included, as is the post-round lunch in the clubhouse.

Punta Espada, which opened in 2006, is at the heart of a gated, luxury resort enclave called Cap Cana, which includes hotels, a marina, condos and houses.  Judging by the number of unfinished houses on the roads leading into the clubhouse, though, the pace of development has been affected by global economics. So has the gestation period for several promised golf courses, including another by Nicklaus and a couple by Gil Hanse.

But more golf would be an embarrassment of riches. Punta Espada is open, as of this writing, to the public. Just a few miles up the road, at Punta Cana Resort, there are two more excellent courses, Corales and La Cana. A mile further north is the Punta Cana International Airport, which receives daily flights from several North American and European cities.  The world may not have a better golf option for a long winter weekend. 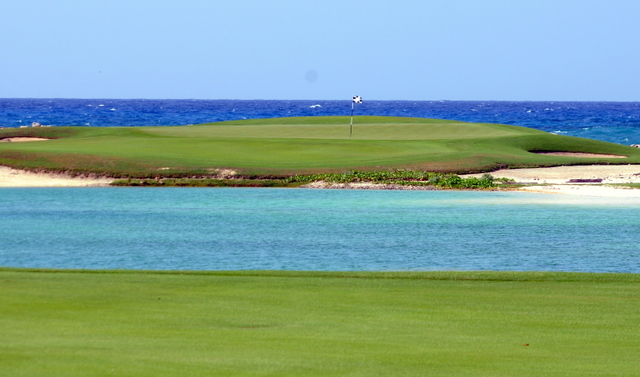 The green at the par five second, on a scrap of ground between lagoon and sea