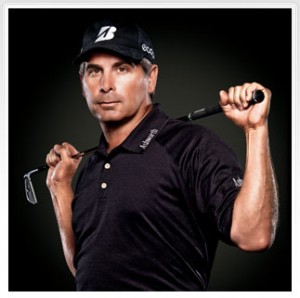 Fred Couples will dedicate himself to the Champions Tour next year after a couple of costly detours in 2010.

Back in the 1990s, great champions Ray Floyd and Hale Irwin transferred their allegiance to the Senior Tour when they turned 50 years old. They did this despite the fact that both won PGA Tour events when they were 49 and were obviously highly competitive on that circuit.

Here we are in 2010 and career journeyman Tom Pernice and Michael Allen still insist on concentrating on the PGA Tour after turning 50 despite having great success in their limited forays to the Champions Tour (as the senior circuit is now called). A week after contending at the Champions Tour’s season-ending Charles Schwab Cup Championship, both are grinding at this week’s season-ending Children’s Miracle Network Championship at Walt Disney World to try to finish in the top 125 on the PGA Tour so they can remain fully exempt on the junior circuit. They are doing this despite the fact that they earn far more money per event on the Champions Tour, where they have an almost infinitely greater chance of victory.

Meanwhile, Fred Couples announced at the Schwab that he was finished with the PGA Tour. He won four senior events this year, but lost his early momentum during a stretch when he was bouncing back and forth between the Tours and played six straight weeks. That’s right, Fred Couples, known for his balky back and his couch-potato tendencies, played six straight weeks! All because he couldn’t resist keeping one foot on the PGA Tour.

It’s hard to say what has changed. A player’s ego tends to want to make him keep playing on the big Tour, but Floyd and Irwin had egos that were plenty large. They knew that they were capable of possibly winning on the PGA Tour at 50. But they also knew that they could be big winners on the Senior Tour. Indeed, Irwin went on to win an extraordinary 45 tournaments as a senior, while Floyd captured 12 in his first three years before slowing down. Perhaps it was filling their egos in a different way by satisfying their desire to be big winners. Maybe it was just a business decision.

Something clearly is different nowadays. Perhaps it’s the prestige level of the Champions Tour, which featured such players as Lee Trevino and Gary Player (two other greats who pretty much quit the regular Tour at age 50) in the 1990s but has lost some of its cachet since then.

Haas played well on the regular Tour in 2004, finishing 27th on the money list. But he didn’t win a tournament. Just imagine what he might have done on the Champions Tour playing that well. Six wins? Seven? Eight? It could have been a historic season. Instead, he chased the dream of one more PGA Tour win which didn’t come.

His game declined the next year, but he still played in 16 events on the PGA Tour (finishing 151st on the money list) and only 10 on the Champions Tour (where he won twice). After that, he concentrated on the Champions Tour the next two seasons and led the money list in both 2006 and 2007, winning four times each year with a game that was not as strong as it was in his age-50 season.

Loren Roberts played it differently. He turned 50 in June of 2005 and finished in the top 100 on the money list that year to earn an exemption for 2006. He showed some early ambivalence, playing in six Champions and five PGA Tour events for the rest of 2005 after turning 50. But he barely used his PGA Tour exemption in 2006, entering only four events, concentrating on the Champions Tour where he won four tournaments and earned $2,365,395 for second on the money list.

Bernhard Langer took the Floyd-Irwin route to great success. He finished second at Colonial at age 49 in 2007 and earned enough money to be exempt on the PGA Tour in 2008. But since turning 50 at the end of August of 2007, he has played in only four PGA Tour events. His decision has been rewarded with 13 Champions Tour victories and the money title in all three of his full seasons, earning more than $7 million.

Then there’s Pernice and Allen. Pernice turned 50 on September 5 of 2009 and won the SAS Championship in his senior debut that month. So, what did he do? Instead of playing any more senior events, he turned his attention to the PGA Tour’s Fall Series in an attempt to move into the top 125 and earn a PGA Tour exemption for 2010. He ended up 140th on the money list—and entered Q-School in another attempt at a PGA Tour exemption.

Pernice missed by one stroke at Q-School, but still had some status based on being in the top 150 in 2009. That might have been a mixed blessing, when you consider these results. He has entered 21 PGA Tour events (Disney this week will make 22), and while playing well enough to make 15 cuts has only posted one top-10 finish. He has entered 10 Champions Tour events, finishing in the top 10 nine times and second twice. Earnings per event on the PGA Tour: $30,312. Earnings per event on the Champions Tour: $96,996.

Once late spring rolled around and Pernice’s status started getting him into PGA Tour events, he abandoned the Champions Tour, which he didn’t play from mid-April to late August. Meanwhile, he competed in 12 events in a 13-week stretch on the PGA Tour as he tried to earn enough to get exempt for 2011.

On the PGA Tour, Pernice ranks 16th in scoring average before the cut and 69th in the third round, but 159th in the final round. Hmm, with 54-hole scoring like that and a lower level of competition on the Champions Tour, where there is no fourth round in most events, Pernice would almost certainly have been a multiple winner and collected close to $2 million this year.

So, Pernice will focus on the Champions Tour next year, right? Wrong. Currently 137th on the money list, he’s at Disney trying to make it into the top 125.

“I just feel as long as my game can go out there [on the PGA Tour] and I feel like I can compete on the highest level, that’s where I want to be. I like the challenge. I want to play against Phil and Tiger and Villegas and those guys. I’m going to try to do it as long as I can,” he said last week at the Schwab.

Allen is 124th on the PGA Tour money list heading into the Disney, and he’s looking at it like it’s Q-School. He badly wants to stay in the top 125 and be exempt on the PGA Tour next year. He admits that all of his friends tell him he should play the Champions Tour full-time and rake in more money.

But Allen is driven by a desire to win on the PGA Tour, something he has not been able to achieve in 360 career events (Pernice, by the way, has two PGA Tour wins.)

“Obviously, I’m not going to [play the PGA Tour] much longer, but next year I’d still love to have the opportunity to win out there. It would mean everything to me,” he said at the Schwab.

And who’s to tell him that he can’t do it after he finished second at the Viking Classic in October at the age of 51?

Allen had a career resurgence in his late 40s and set his sights on remaining on the PGA Tour past 50 when at the age of 49 he entered the fall with a chance to make the top 125. He secured his exemption with a tie for third in Las Vegas. Turning 50 in January of 2009, he entered only three Champions Tour events that year, one of them a major victory at the Senior PGA Championship.

This year, he has divided things about equally with 16 events on the PGA Tour (Disney will make 17) and 14 on the Champions Tour. He’s made only eight PGA Tour cuts, but that Viking finish leaves him with a chance for another exemption on the big Tour. Like with Pernice, that might be a mixed blessing. Allen was ninth on the Champions Tour money list this year, finishing second three times. Since turning 50, he has averaged $38,624 in PGA Tour events and $94,084 on the Champions Tour.

There’s also a comfort level associated with a familiar Tour. Allen said that he knows the tournaments he really enjoys on the PGA Tour, and he wants to play in those. “As I play more and more on the Champions Tour, I’ll find the ones I enjoy more,” he said.

That is similar to the approach Corey Pavin took to his rookie season on the Champions Tour after turning 50 last November, though he geared himself more toward the seniors. Pavin played in eight PGA Tour events, nearly all of them in events where he has had success in the past, and 15 Champions Tour events. Pavin bucked the trend by earning more per event on the PGA Tour, thanks to a second-place finish at Hartford, where he lost in a playoff. He did manage to finish 17th on the Champions money list without a victory, finishing second twice.

Tom Lehman has been a real fence-straddler since turning 50 in March of 2009, playing 19 times on the PGA Tour and 22 times on the Champions Tour since then. The split was eight PGA and 14 Champions in 2010 as he began to shift his priorities. Losing his exempt status on the PGA Tour, while winning the 2010 Senior PGA Championship should serve to move him mostly to the senior side next year.

There are some top players besides Langer who have committed to the Champions Tour in recent years, like Nick Price, Mark O’Meara, and Mark Calcavecchia. Those players had lost their exempt status on the PGA Tour, however, so they didn’t face much of a decision.

Couples had an interesting dilemma. The undisputed champion of the Silly Season, the low-key atmosphere of the Champions Tour figured to play right into Freddie’s hands. But he was coming off a PGA Tour season when he nearly won at Houston and had three top-five finishes at age 49.

He didn’t enter any Champions events in 2009 after turning 50 on October 3, but Couples burst out of the gate with a runner-up finish and three wins in his first four Champions starts in 2010. That’s when things got tricky.

Couples of course played in the Masters, which he won in 1992, and it’s understandable that he would warm up for that by playing in Houston the week before. Those two weeks came immediately after he won at Cap Cana in the Dominican Republic for his third straight Champions win.

He finished sixth at the Masters after shooting a first-round 66. He probably made a mistake by playing in the Champions Tour’s Outback Steakhouse Pro-Am the next week, where he finished 12th. Better to have skipped a week before the Liberty Mutual Legends of Golf, which instead became his fifth straight tournament. Then, inexplicably, he made it six in a row by playing in the PGA Tour’s Wells Fargo Championship, where he missed the cut. The last time Couples played six weeks in a row? 1992.

Couples took three weeks off, then lost a playoff to Lehman at the Senior PGA Championship. He went on to post five more top fives on the Champions Tour over the summer and early fall, but Langer won five tournaments and two majors to steal Couples’ thunder until Freddie scored his fourth win in October.

There was a head-scratcher along the way as Couples played in the PGA Tour’s Wyndham Championship in Greensboro instead of the last senior major, the Tradition. Couples explained last week that he had the Ryder Cup on his mind.

“I played well in Greensboro last year [T5th]. I thought if I went there and had a shot at winning, [Ryder Cup captain] Corey [Pavin] might pick me,” he said.

One Response to “Reluctant Seniors”