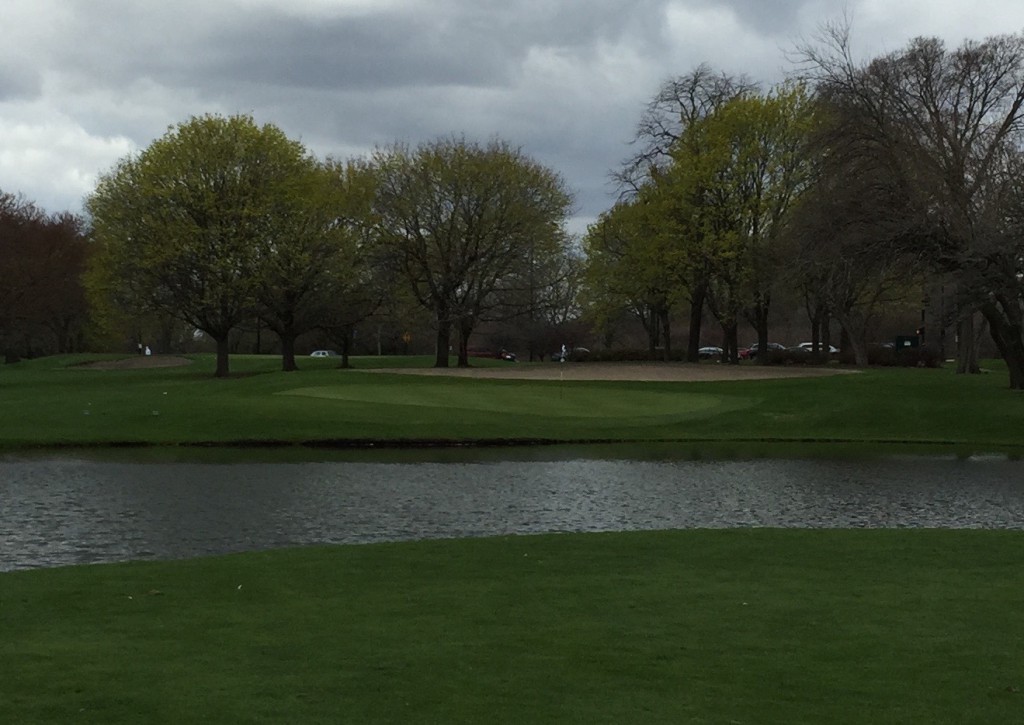 Picturesque but ominous, the 11th green at Jackson Park is guarded by a serious lagoon.

With the PGA Tour playing its revamped match-play format at Harding Park in San Francisco, the spotlight is on municipal golf courses this week.

But can you name the oldest muni west of the Allegheny Mountains?

If you said, “Jackson Park,’’ you have made the cut.

Most Chicago golfers have stories about Jackson Park, where the urban setting has produced some “unique’’ anecdotes.

But the truth is, the compact but historic layout is flourishing these days.

I hadn’t been there for a long, long time. What I found was a really engaging golf course in a beautiful setting.

The conditioning was superb. Gone are the shaggy greens and bumpy fairways we encountered back in the days of the concrete tee boxes, which also are a thing of the past.

The greens are remarkably good; putts roll very nicely. The fairways also are true. And greenskeeper Grant Neff and his staff have done a nice job of tree removal and pruning.

In short, Jackson Park is a very attractive place to play these days.

“On weekends, it’s not unusual for us to have 180 to 200 rounds,’’ general manager Adrienne Carney said. “I’m surprised at the demographic. We have people from the suburbs—north, west and south. This is the only 18-hole golf course in the city of Chicago. Folks flock here because of the proximity to the lake and the reasonable prices.’’

Jackson Park, which opened in 1899, was designed by Tom Bendelow, “the Johnny Appleseed of American golf’’ who also did Medinah No. 3 and the East Lake Club in Atlanta.

For nearly a century, Jackson Park was the only 18-hole golf course within the city limits of Chicago. The 36-hole Harborside layout near Pullman also lists a Chicago address these days.

At 5,508 yards, Jackson Park’s par-70 layout is undeniably sporty. Seven of the par-fours are very short, and two of the par-fives also are short. But the other par-five is a 550-yard epic, especially into the prevailing west wind. And the five par-threes each have something going on.

It’s also scenic. Lake Michigan is nearby, just across Lake Shore Drive in some places. Some holes are adjacent to a marina. The Museum of Science and Industry is just across the park. And the downtown skyline looms in the background.

When it first opened, the Jackson Park golf course was such a hit that another 18-hole layout was added. The courses reportedly did an astounding 140,000 rounds on one course and 70,000 on the other in 1911. It helped that that there were no greens fees until 1920.

In 1936, the legendary Bobby Jones was in a gallery of 8,000 that watched an exhibition of top pros at Jackson Park.

The course fell into decline for a long stretch, but it’s firmly back on its feet under the management of Billy Casper Golf, which handles Cook County courses as well as the city’s Park District layouts. 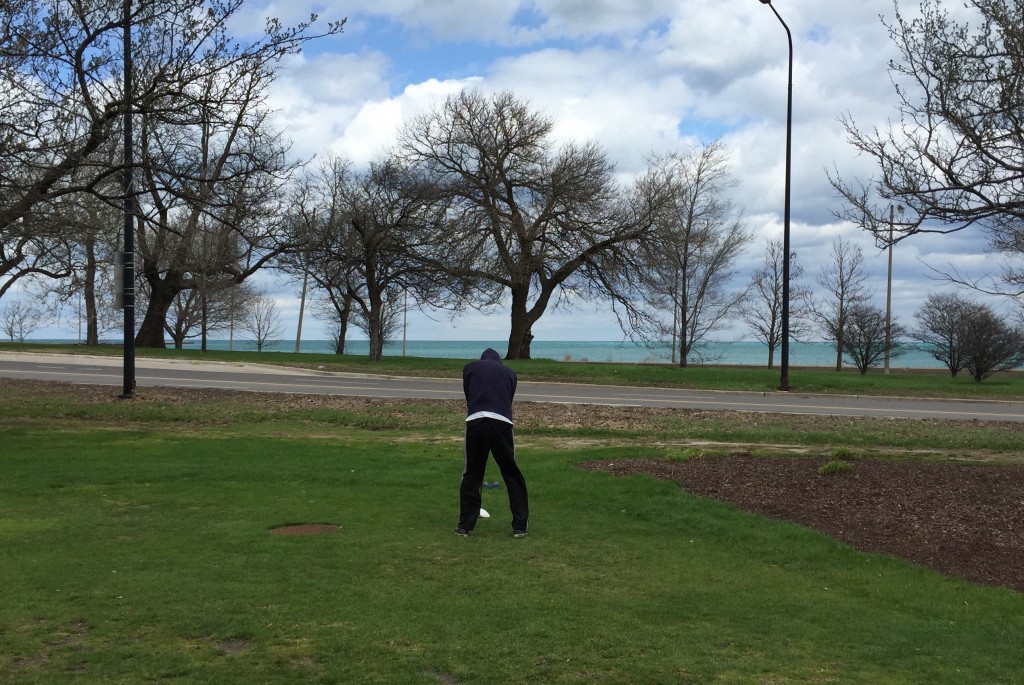 The 111th Chicago City Amateur will be held at Jackson Park on July 24-26.

And this year, Carney has organized the inaugural Chicago Women’s Open at Jackson Park on June 13 and 14.

“We decided to institute it because we didn’t have one strictly for the ladies,’’ said Carney, adding that women’s participation in the coed City Am has been low. “Sometimes ladies are intimidated when they participate in the City Am. We figured this would be a precursor. Whoever is the lowest finisher, we’re going to pay her way into the City Am.’’

EVENT OF THE WEEK

With this event moving to new round-robin format, it will be unpredictable. Coming off last week, when one of my three fantasy picks, Justin Rose, won in New Orleans, I’ll go with one veteran Euro, Poulter, and two American youngsters, Spieth and Reed. All have been stellar in Ryder Cup match play.

16–Four-player groups that will meet in round-robin singles matches to narrow the field at the WGC’s new match-play format.