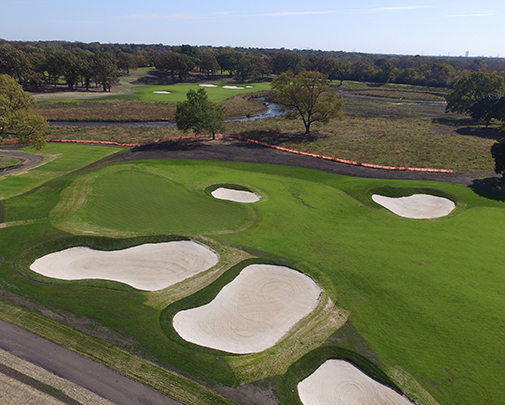 Bunkering has turned the green at the par-five 15th into risky business. And the tee shot on No. 16, a short par-four (upper left), must avoid a marshy wetland.

Every once in a while, awards turn out right.

That’s certainly the case with Golf Digest’s Green Star environmental award for 2017, which nails it on the screws by honoring The Preserve at Oak Meadows.

Don’t just take my word for it. Oak Meadows is just a 15-to-20-minute drive from O’Hare. So allow time if you’re changing planes.

What you’ll find is a public daily-fee course done right.

The Oak Meadows renovation plan called for DuPage County to address multiple needs: Tame the often-flooded Salt Creek for area residents as well as golfers while delivering an updated golf course that would be an attractive gem to public golfers.

Mission accomplished for Chicago-area designer Greg Martin and Ed Stevenson, who has transitioned from golf director to executive director of the DuPage County Forest Preserve District.

“The Preserve at Oak Meadows, a daily-fee course in Addison, Ill., might be the most important new golf course of 2017,’’ Golf Digest architecture editor Ron Whitten wrote. “The Preserve demonstrates that a golf course can serve golfers and the greater community.’’ 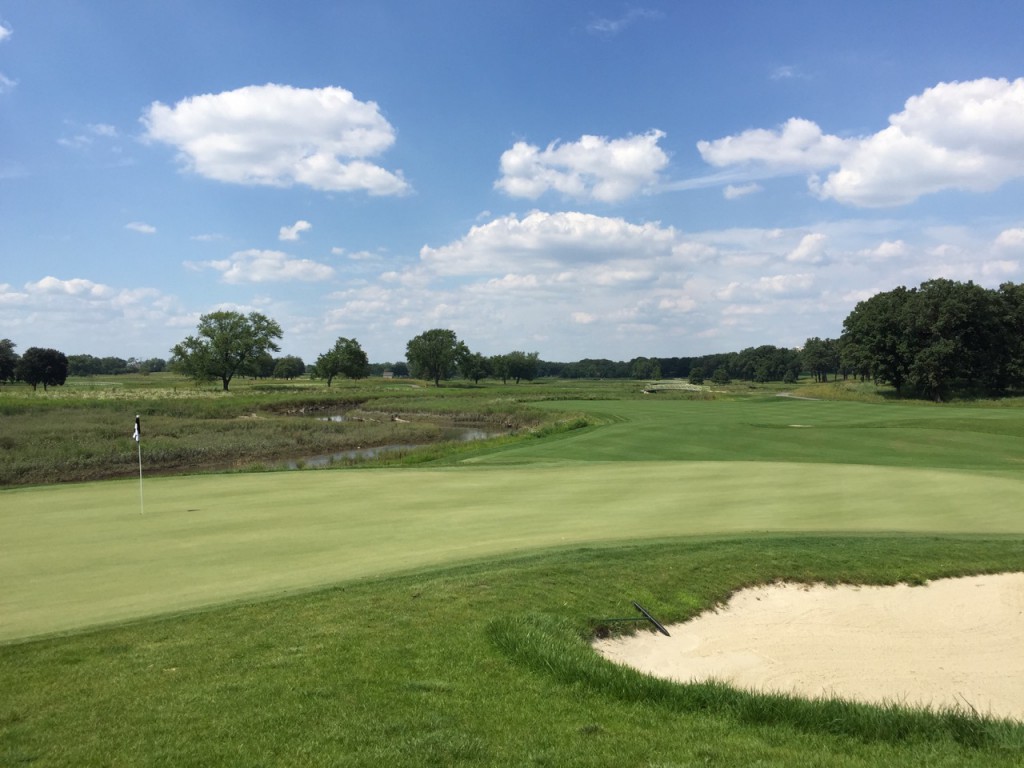 Using land from an adjacent, but overgrown nine-hole layout, Martin was able to come up with an 18-hole course on a 27-hole tract with room for wetlands that greatly diminish the flooding issue.

The result is that Oak Meadows, which was a pleasant but unremarkable parkland course, has become a visually enchanting prairie marvel. Ben Hogan, who won the 1941 Chicago Open at Oak Meadows, would be startled by the removal of 1,500 trees.

But modern golfers will appreciate the visual change, which brings native grasses and prairie vistas to land previously occupied by stodgy trees.

And the new Oak Meadows is a shotmaker’s delight, as noted in my review.

Hats off to Martin and Stevenson for envisioning and completing a project that adds another must-play to the growing list of Chicago-area public courses that have completed terrific renovations in recent years.

And a tip of the cap to Ron Whitten for adding The Preserve at Oak Meadows to a list of Green Star Environment Award winners that includes Pinehurst No. 2, Bandon Dunes, Pebble Beach and Kiawah Island.

That’s pretty good company for a suburban muni in the terrain-challenged Chicago suburbs.