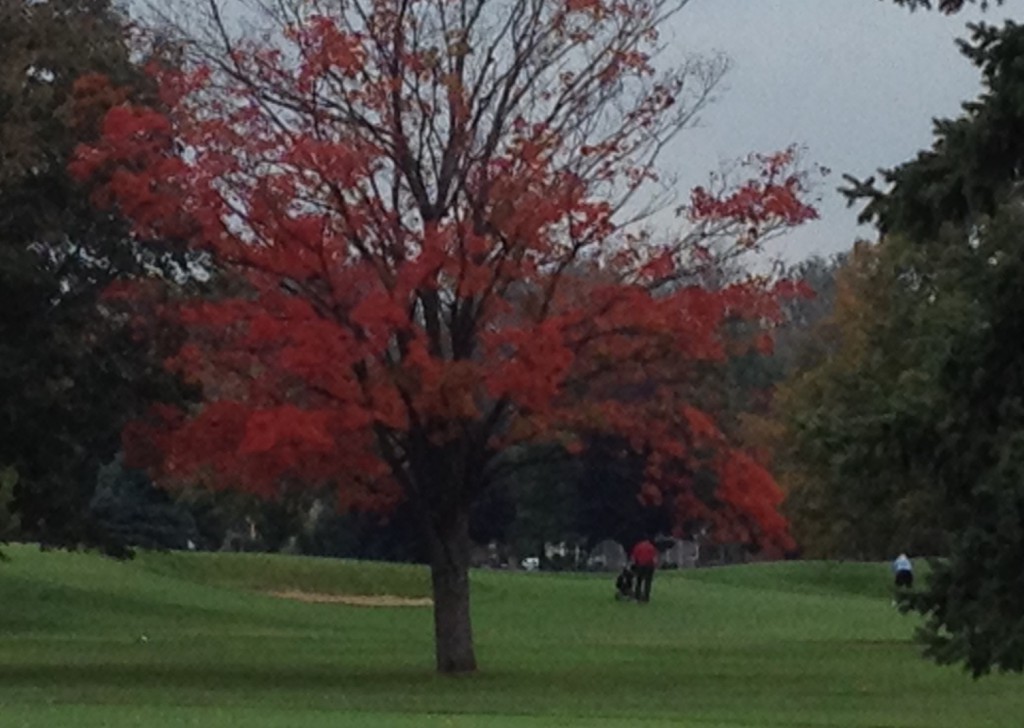 A good walk. Period. Why we love autumn in the Midwest. Even on a gray day.

When I first heard that Wilmette Golf Club. a classic old suburban layout on Chicago’s North Shore, was shutting down for a year for a renovation, I wasn’t really sure what to think.

These types of renovations, which were originally widespread among private clubs, are increasingly common now at public courses like Wilmette. (Neighboring Glenview, for example, is currently closed for remodeling.) They are needed for practical reasons, the same as beloved couches need reupholstering, and adored leather jackets need mending.

Greens and sandtraps outlive their useful lives. They wear out as well as go out of style. And while the rehabbers are at it, it certainly makes sense to replant and upgrade tees and fairways. Other benefits: Improved drainage is beneficial to the golf course and nearby property owners. Addressing environmental concerns and lowering maintenance costs are other pluses.

Wilmette has always been a nice, friendly layout that’s conveniently located for those of us who live in Chicago. Because it’s a par 70, it plays a lot longer than its official 6,363 yards. The main drawback  usually was lining up a tee time at a course that’s busy and weighted toward its local residents.

It originally opened in 1922, and was owned by Northwestern University from 1944 to 1972, when the Wilmette Park District purchased it. After fire destroyed its rambling clubhouse in 2003, a very sturdy and comfortable new building opened in 2005.

In the three decades I’ve been teeing it up at Wilmette, there have been changes here and there. The 18th hole was given a fine modern green complex. The 17th hole was redone with a multi-tiered green protected by an enlarged pond. And the par-three seventh, which used to be an old-fashioned mounded-green hole, was turned into a dangerous adventure that featured a pond, a bunker and nowhere to hide.

The routing also has changed. The nines have been flipped–a good move that removed the blinding into-the-sun opening shot on the former No. 1. There also has been some rerouting within the nines, which gives them better balance.

So Wilmette has seen its share of changes over the years.

The big question, though: How would this comprehensive Wilmette makeover  impact the course’s playability?

That’s a pretty good bang for the buck. It’s no wonder Wilmette officials are pleased on that count. 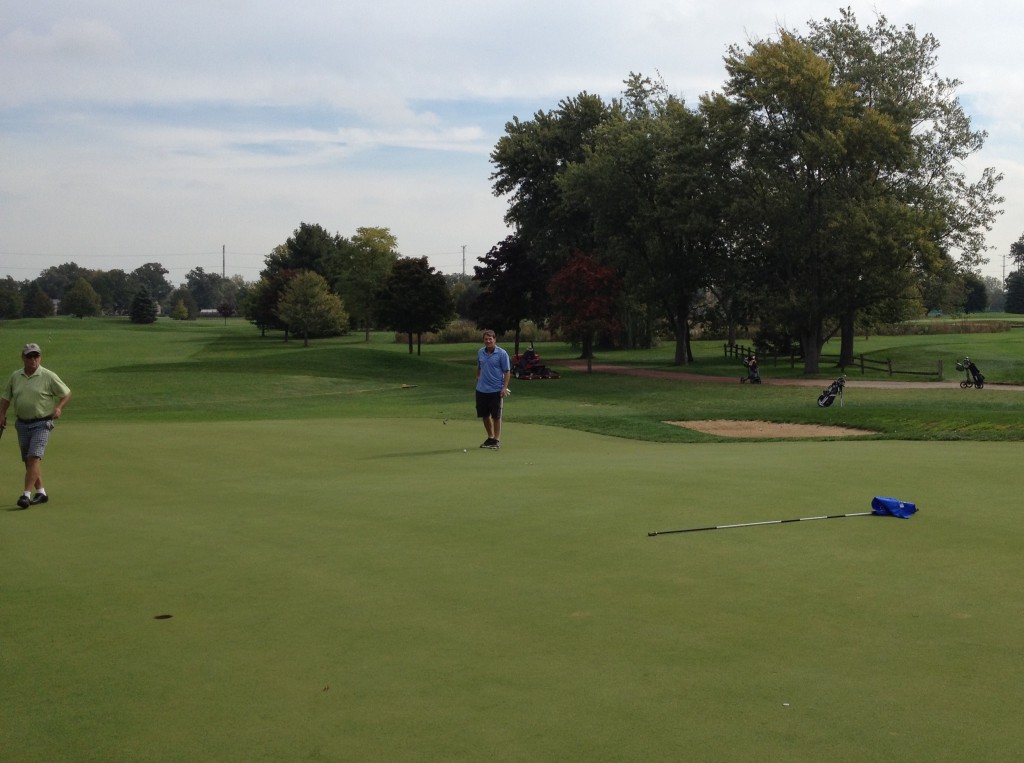 Big boy: The green at Wilmette’s par-five sixth hole sits higher and is much deeper.

The most obvious change is on the par-three 12th. Formerly a 200-yard bomber hole that left golfers on the 13th tee vulnerable to incoming sliced drives, No. 12 is now is a mid-length par three. Only the most outrageous shank would endanger the 13th tee now.

Officially listed at 148 yards from the tips, No. 12 can play more like 170 yards when the pin is in the back, and it often plays into the wind. Add in that it’s a sharply contoured green with two or three tiers well guarded by sand and that there’s no good place to miss this green, and the new hole plays a lot more difficult than its length.

All in all, that’s a dramatic change from the previously flat and open 12th green. 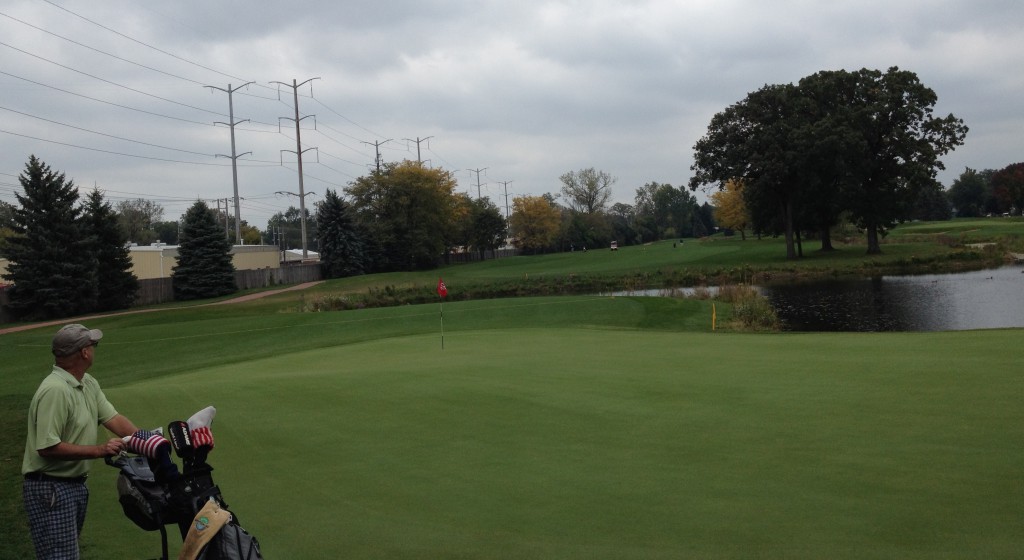 The 11th green also has been changed—pushed to the left, where it is more protected by an expanded pond. At least the out-of-bounds to the right is less of an issue.

That’s also the case with the No. 13 green, which has reduced its out-of-bounds in exchange for some serious bunkering. Once a non-descript flat oval of a green, No. 13 now is a sloping surface in which the pin can be tucked to the right behind a bunker.

That’s a game changer. It’s also pretty much the theme of Martin’s renovation. The green on No. 3, a healthy par four, is now wide and relatively shallow. And it sits up high on a mound, which can leave some daunting second shots and some tricky chips and pitches around the green.

All in all, No. 3 is a much more interesting hole. And a much tougher hole, especially for those who struggle with hitting high, long shots that stop. Which is most players.

The green on the par-five sixth also is a notable improvement. Gone is another flat unremarkable surface. It is replaced by a big green that slopes up toward the back.

Many of the green-complex changes are subtle. They either preserve the hole’s previous character or tweak it without demanding major strategic approaches. 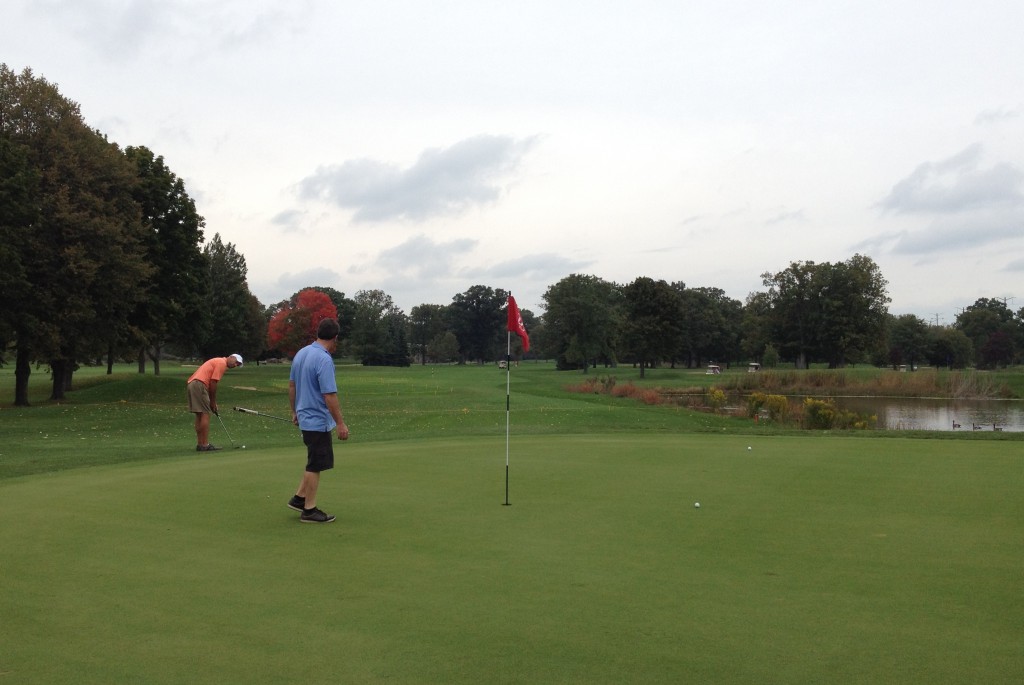 One green I want to see a couple more times before passing judgment is No. 15. This short par-four used to have a quirky little green that was protected by two deep bunkers and a tree overhanging the left side.

The new green is more traditional. I actually hit that green with a short-iron second shot that would have been wide of the old green, so no complaints. But the old No. 15 used to say, “Wilmette.’’ Not sure yet if it still does with its new green.

On the other hand, all the new greens are improved overall. They’re lightning quick and very true, pretty remarkable for a project that just opened in July.

One big plus of the renovation: Its more sophisticated greens make it possible to set up the course to play more difficult for low handicappers.

Another big plus: Even though the course can be made tougher for big boppers, it’s still a fun and classic parkland muni that gives average players opportunities to use their skills and enjoy themselves.

All in all, a renovation job well done.