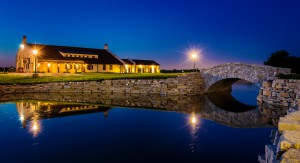 It’s a challenging environment these days for golf courses and their owners, to say the least. To attract players, greens-fee reductions and special offers are common, and new course construction has slowed to a crawl.

But some courses are responding with forward measures.

That’s an encouraging sign to Ray Hearn. In the last two years, the Michigan-based architect has renovated two upscale courses—Mistwood in suburban Chicago and Island Hills in southwest Michigan—that he originally designed in the late ‘90s. Renovating new courses so quickly is an unusual development, considering that both layouts were very solid from the get-go.

“Both owners said, `We love our courses, but is there anything you could do to take it to the next level?’ ’’ Hearn said. “I said, `Well, sure.’ Any architect would say that.’’ 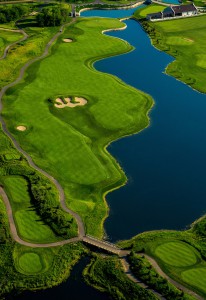 At Mistwood, the priority was to make a strong course even more compelling. At Island Hills, some re-routing also was needed to accommodate the loss of some acreage to residential development.

There also was a practical issue.

“On both courses,’’ Hearn said, “what I wanted to do, and what I’ve accomplished, is to increase the surface area of the fescue rough without making courses more difficult. These days, you really have to think about the environmental component for the environment and for maintenance dollars.’’

The results are impressive.

The vision of Mistwood owner Jim McWethy has translated into a beautiful and challenging layout that features water peril on 14 holes, plus 21 new Scottish-style pot bunkers. 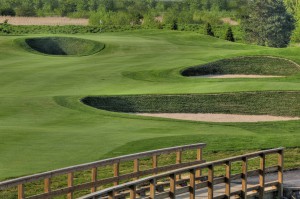 Golfers need to have their wits about them from their opening shot at Mistwood, where course management begins on the first hole. A creek bisects the first fairway at a sharp angle. Take driver down the left and carry the creek? Shorten up the club and put your first shot on a ribbon of fairway to the right of the creek?

That’s the first of many challenges at the revamped Mistwood, which has stepped up big-time in the competitive golf world of far southwest suburban Chicago. The new Mistwood is even more of a thrill ride now, but it’s a very fair track for those wise enough to play the proper tees.

The Blues, for example, are “only’’ 6,249 yards, but the 133 slope and 70.1 rating are a strong indicator that you’d better have the game to play from farther back.

At Island Hills, Hearn has overseen a re-do that includes one new hole to accommodate the loss of some acreage to residential development. Owner Bob Griffioen also has built some up-scale “cottages’’ to attract golfers who need a place to stay when they visit the relatively remote course.

Island Hills is a picturesque layout that also requires solid course management as well as good shotmaking. No. 16 is a terrific short par four where the right club off the tee is essential to set up a short iron over a pond. No. 18 is a picturesque uphill dogleg par-five in which the tee shot goes over a corner Lake Templene and the shot into a steeply pitched green must carry a stony creek. In between is the signature 17th hole, a downhill par three to a large but well-guarded green.

It all adds up to a great finishing stretch on a fascinating and challenging layout.

Both courses are also making intriguing moves from a marketing standpoint.

Mistwood’s upscale renovation is attracting golfers from all over the Midwest as well as private-club members in the Chicago area. 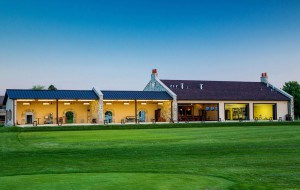 Mistwood also has installed a comprehensive learning center staffed by top teachers, notably Dr. Jim Suttie, who’s ranked 18th on Golf Digest’s new list of the 50 best teachers in the game. The Mistwood renovation features a state-of-the-art club-fitting program and heated hitting bays for year-round use that complement its outdoor range. With a spacious and comfortable bar and grill incorporated into the redesign, Mistwood hopes to keep attracting golfers no matter how difficult the weather.

Island Hills, 35 miles south of Kalamazoo in southwestern Michigan, may be taking an even more novel approach.

The Centreville, Mich., course is trying to attract prospective players with short-course options for those who don’t have time for an 18-hole experience.

Island Hills has a 12-hole option, and seven- and five-hole routings. There’s even a bucket-and-three promotion in which time-pressed golfers can play three holes after warming up on the range. 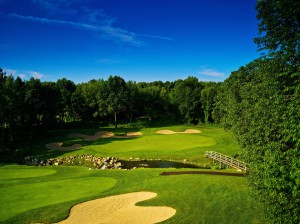 No. 18 at Island Hills is an uphill battle

“Bob wants to grow the game,’’ Hearn said. “He and I are on the same page in that regard. He looks at the bigger picture. The biggest problem golf faces is the time element, even more than the expense. We’re in a society now where we have less time. Many people can’t take five hours to go out and play golf, especially when you add in the time it takes to get to and from the golf course.’’

While both upgrades are designed to lure golfers from a wider radius, Island Hills’ short-course experiment is designed to make the game more attractive to women, juniors and super seniors. Beyond letting players choose how much time they need to spend, Island Hills also has user-friendly options such as fun-sized tees where 18 holes measure only 2,946 yards, an attractive distance for youngsters and novices.

Beyond their attempts to grow the game, what both courses have in common, though, is that they are enticing layouts for golfers of all skill levels.