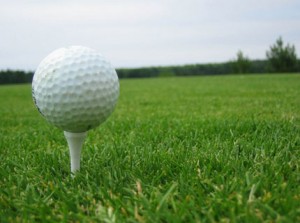 What’s your golf ball IQ?
Mine is high, but my game is low—which means that even though I know what the supposed differences are, I don’t let them get into my head.
I often play Pro V-1s because they’re a popular holiday gift and often handed out at outings. But on the rare occasions when I need to buy balls, NXTs or Noodles—or whatever is on sale, really—will do just fine.
I do try to avoid Top-Flites because of the polyester-like statement they make to other golfers. I will add, however, that, as a fashion editor who knew her stuff told me long ago, there’s a ton of quality polyester garments out there. And if you’re a short hitter who doesn’t have his nose up in the air about “feel’’ that’s difficult to “feel,’’ Top-Flites will do just fine.
Once, when Tiger was switching golf balls, my editor told me to go try a bunch of different balls, and rate them. So I bought some boxes of Nikes, Callaways and TaylorMades along with Titleists, and handed them out to a foursome I’d put together. I could tell the difference between the $40 a dozen balls and the $15 a dozen balls: The cheap balls feel clunky when I’m chipping and they hop more upon landing on iron shots. But it’s not a $25 a dozen difference for my game.
Nor is the difference that big for my friends who are 4 handicaps in their minds and 12 handicaps on their cards. Especially because those guys can go through two or three sleeves a round.
The key to deciding on the right modern golf ball for you, I believe, is the confidence factor: What makes you feel good when you look down at the ball as you get ready to hit?
For my wife, it has to be a Titleist. I think it has something to do with her growing up in a blue-collar house with a lot of siblings and not so much money. (She didn’t play golf until she was in her 30s, but has worked at it and hits the ball well.) The Titleist name reassures her, and makes her feel confident. Fortunately for the budget, she doesn’t know the difference between a DT and a Pro V-1, and I don’t think that affects her game one bit.
Once, during a slow practice day at the Western Open, I asked some pros what would happen if they played with Top-Flites. Jerry Kelly said he wouldn’t know where the ball was going because the cores of less expensive balls are out of round. John Daly said he had no idea, because he’d never played a cheap ball; people had been giving him fancy golf balls forever.
For me, though, the golf ball that gives me confidence is usually whatever ball I have in abundance. There are tweaks, though. If we’re playing a hazard-filled track while on a winter vacation, that’s when I’ll use up the gift Top-Flites that have been laying around the basement. If I’m playing with a club president a golf pro or other dignitaries, I’ll play the black Pro V-1s. Even though most golfers should use the lower-compression red  Pro V-1s, they don’t seem to be handed out nearly as often as the black ones.
The best ball I ever played was a Titleist adorned with the logo of a feminine-hygiene product. It was a ball I’d never play when my golf pals were around. I found it on some lonely muni in Michigan, where I often sneak in quick solo rounds on the way to some sporting event. No matter how hard I tried, I could not lose that ball. A big carry over water? No problem. Across a heavily wooded ravine. Easy.
I wouldn’t recommend buying balls like that. But you don’t have to spend a fortune on a golf ball to generate confidence when you look down at the ball.