Hats off to the USGA and the R&A, the governing bodies of the game, for their decision to modernize the rules of golf, noting they will announce a major restructuring in March. This definitely should help make the rules easier to read, understand and apply. 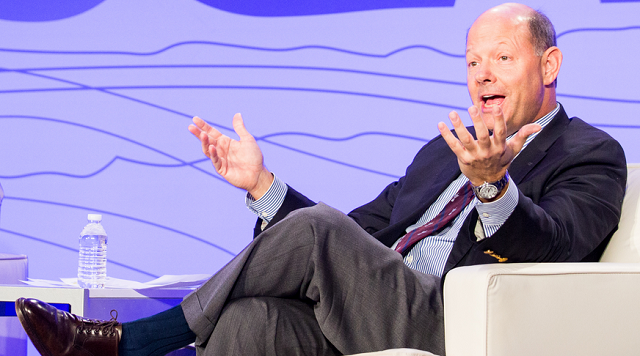 Mike Davis, the executive director and CEO for the USGA, answers a question during the USGA’s Annual Meeting on Feb. 4 in Washington, D.C. One of the many topics Davis discussed was Rules modernization, which is expected to be rolled out in March. (USGA/John Mummert)

“If we get this thing right, at the end of the day we’re going to have a lot more than just elite golfers trying to know how to understand the rules and interpret the rules. This is going to be for all golfers.”

The restructuring is expected to blow up the current 34-rule structure. “Every aspect of the rules, from the content to how they’re delivered, to how they’re written, to what they look like in writing, is all going to be different,” said John Bodenhamer, USGA senior managing director of rules, competitions and equipment standards.

The draft will be out for public comment for approximately six months before the R&A and USGA review the feedback and finalize language that will be revealed in late 2017 or early 2018. Then the new code will become effective Jan. 1, 2019.

Beyond trying to make the rules more understandable, the modernization project has focused on using visuals and technology to articulate them in a more impactful way.

Davis noted, “How come we can’t have an instance where someone can [take their phone and] say, ‘Siri, I hit my ball into a water hazard. What are my options?’ ” This might be possible in a couple of years.

Davis still stuck the idea that the officials at last year’s Open at Oakmont made the right ruling in assessing a one-stroke penalty for eventual winner Dustin Johnson. “But how it was applied in terms of timing, that was a bogey,” he said.

I also did hear that in the future the USGA hopes to reduce the need for video reviews. I’m all for that.