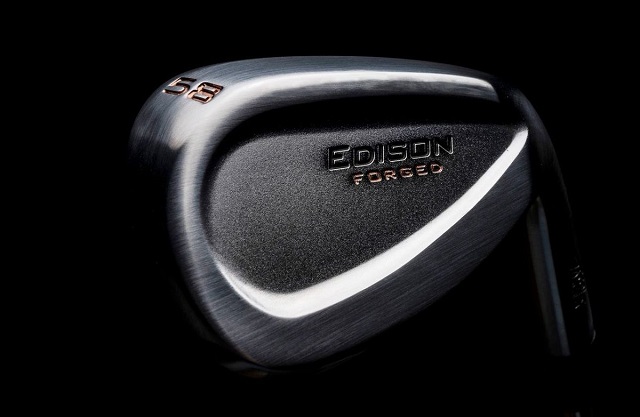 While the timing is not ideal because of the pandemic, Texas-based Edison Golf Company has announced that it has begun crafting and shipping its revolutionary Edison Forged wedges, presenting a majority of golfers with a package of wedge technologies that raises the bar for performance over conventional ‘tour design’ wedges.

The Edison Forged wedges are backed by a unique performance guarantee, letting you play your wedges for 60 days to see how they will improve your game; if you don’t agree, you can return them and Edison Golf will replace them with any other wedges on the market you think you would like better.

I’ve got some ordered myself and hope to get back out on the course when medical issues are cleared up and it gets a little cooler.

“Very simply, the Edison Forged wedges were designed to improve scoring range performance for golfers of any skill level,” proclaimed designer Terry Koehler, whom I’ve known for 20+years. “No other wedges come close to these in bringing forgiveness to a category not known for it.”

Edison Golf Company was formed in early 2018 with several rounds of prototypes tested for nearly two years before the design was judged market ready. The designs were subjected to multiple rounds of independent robotic testing and live golfer reviews in an effort to prove every claim made about them.

The wedges were designed to address the major performance shortcomings of ‘tour design’ wedges and feature a markedly different distribution of mass across the back of the clubhead, moving the center of gravity toward toe and higher on the face. The shape of the toe transforms slightly through the lofts with lower lofts more iron-like and higher lofts rounder.

Edison’s extensive research reveals the vast majority of golfers fight ballooning trajectories, inconsistent launch angles and severe penalties for mishits, and that most are confused by all the different specialized sole grinds.

By focusing on these deficiencies of the basic ‘tour design’ that is common to nearly all wedges on the market, the Edison wedges deliver extraordinary spin and more penetrating trajectories. More importantly, they reportedly give any golfer a long/short dispersion pattern that is less than half the size of the leading ‘tour design’ wedges.

The Edison Forged wedges are custom-crafted for each golfer, and are available with a wide range of lofts, shafts and grip options through the company’s website at www.EdisonWedges.com. 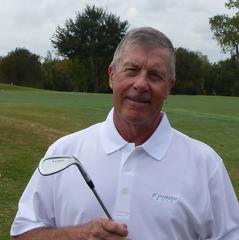 Koehler has built a 30-year track record of challenging traditional wedge design, as he points out how wedges have not evolved nearly as much as the clubs in every other category over the past 4-5 decades. He also writes a popular blog as “The Wedge Guy” on GolfWRX.

“Tour professionals spend thousands of hours honing their exquisite skills,” explained Koehler. “Essentially, they have learned how to mostly overcome and even leverage the shortcomings of their wedges. But robotic testing and live golfer research over the past 30-plus years has proven to me that ‘tour design’ wedges are the most unforgiving clubs in our bags. Why should any golfer have to suffer with that kind of finicky performance?”

Koehler’s 30-year history as a wedge designer began in the early 1990s with his patented sole design, which incorporated two distinct bounce angles in the sole of each wedge to deliver versatility for any lie and swing path. He pioneered raising the CG (center of mass) of wedges with Reid Lockhart®, and his EIDOLON® wedges of the early 2000s were the first to introduce CNC-milled grooves in mainstream wedges as well as thicker upper section of the wedge clubhead.

Koehler’s design philosophies were further advanced with his breakthrough progressive weighting in the SCOR™ wedges of 2011-2014 and the Ben Hogan® TK wedges of 2015-2017.

I’ve used other Koehler wedges and found that I’ve gotten better distance control by using wedges with 49. 52 and 55 degrees of loft. Only one is left in my bag now as I have a habit of losing clubs by leaving them around greens. Guess whoever found them liked them!

Koehler added that Edison Golf now has plans to introduce a program for golf professionals to become Certified Fitters this fall so that they may bring this breakthrough performance to their golfers.