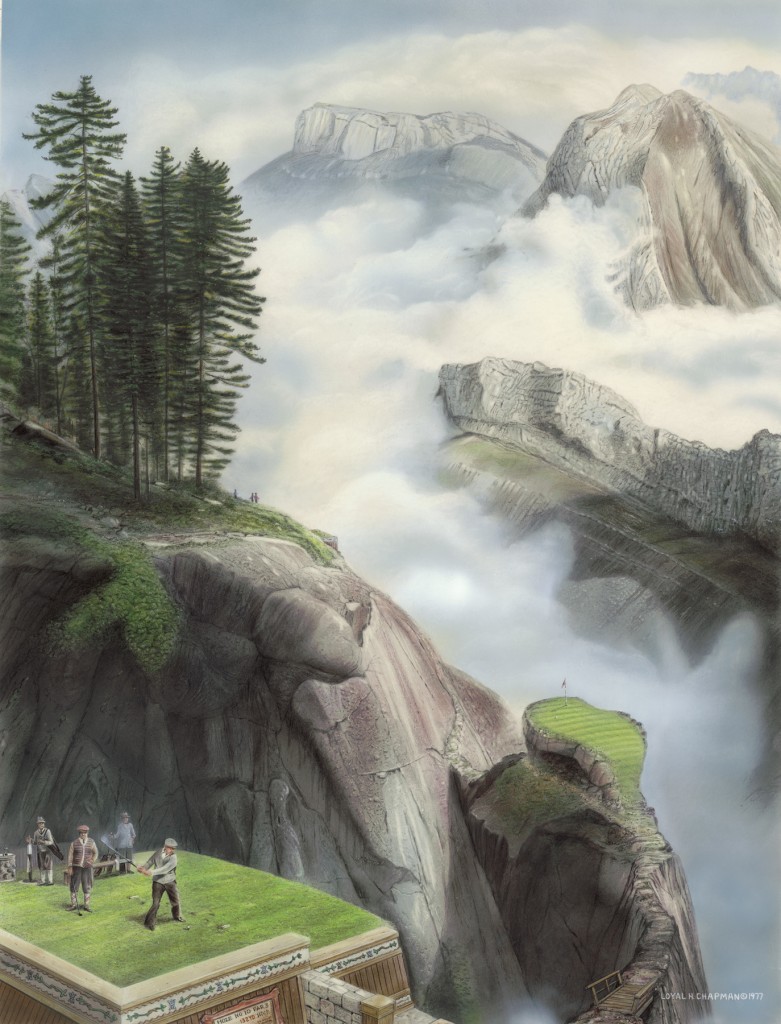 No. 10 Alps International Golf & Climbing Club
142 Yards, Par 3
Handicap 14
This hole is not as difficult for club regulars as it may appear to visiting interlopers. Once accustomed to the noisome valley echos, it simply needs correct alignment, a firm stroke with the proper club selection, a sure-footedness and an instinct for maneuvering one’s body and ball against often capricious mountain winds. 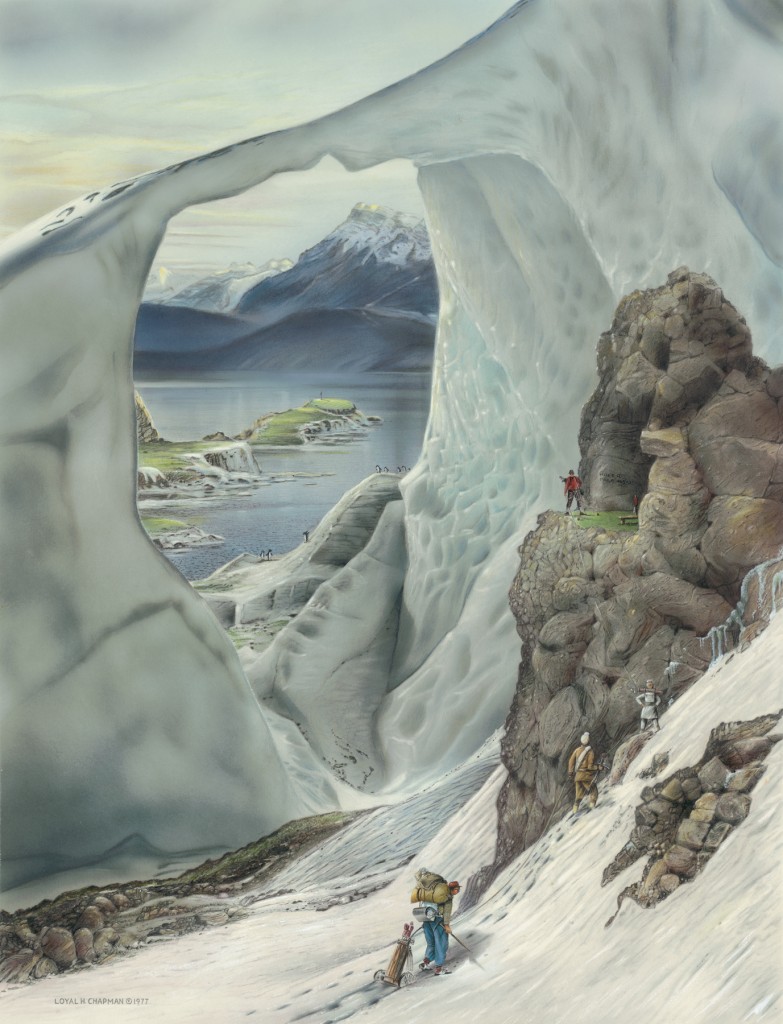 No. 11 Larsen Ice Shelf, Antarctica Country Club
463 Yards, Par 4
Handicap 10
To achieve the enormous distance which the generally hard surfaces are prepared to yield, it is essential that the drive be struck low, but slowly rising, beneath the massive ice bridge. Be sure to watch out for the constant glacial shifting as you approach the green – and always be alert for penguins, who often think golf balls are eggs. 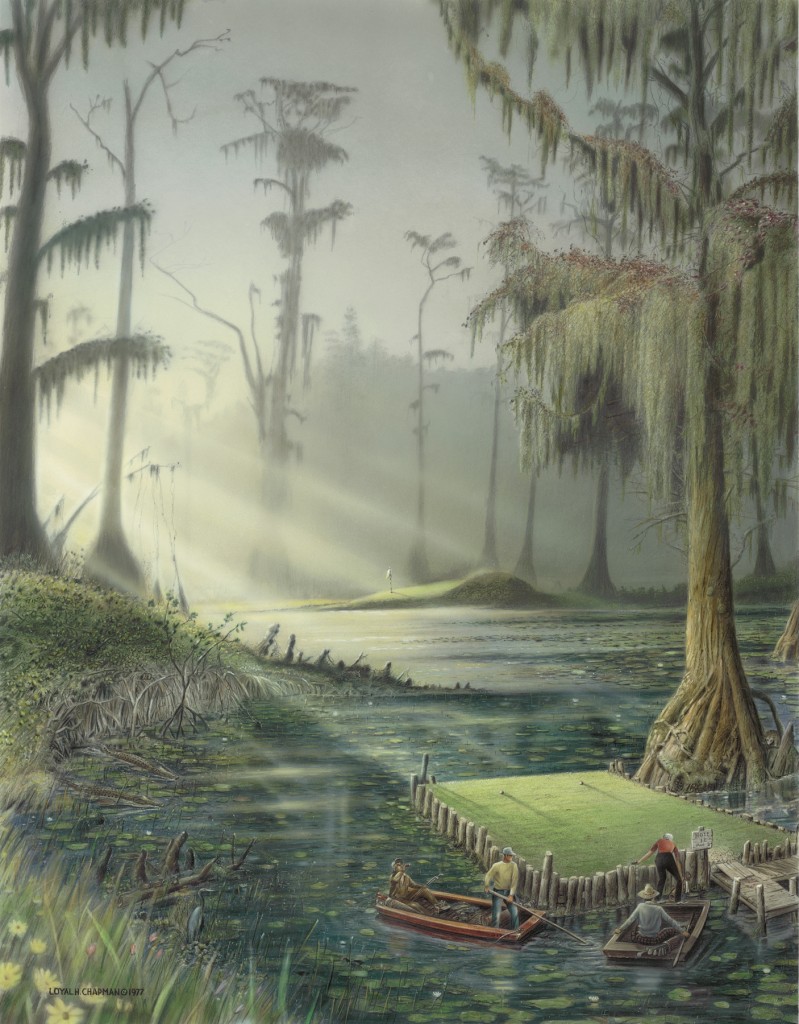 No. 12 Okefenokee Municipal Golf Course
188 yards, par 3
Handicap 15
Success in this primeval setting requires that one cloak oneself in a sheath of concentration which cannot be penetrated by the eerie cries, guttural rumblings and blood-chilling slitherings of voracious swamp creatures. While not terribly difficult, there is a generally mournful aura to the whole affair, and par or better always is a triumph for the spirit. 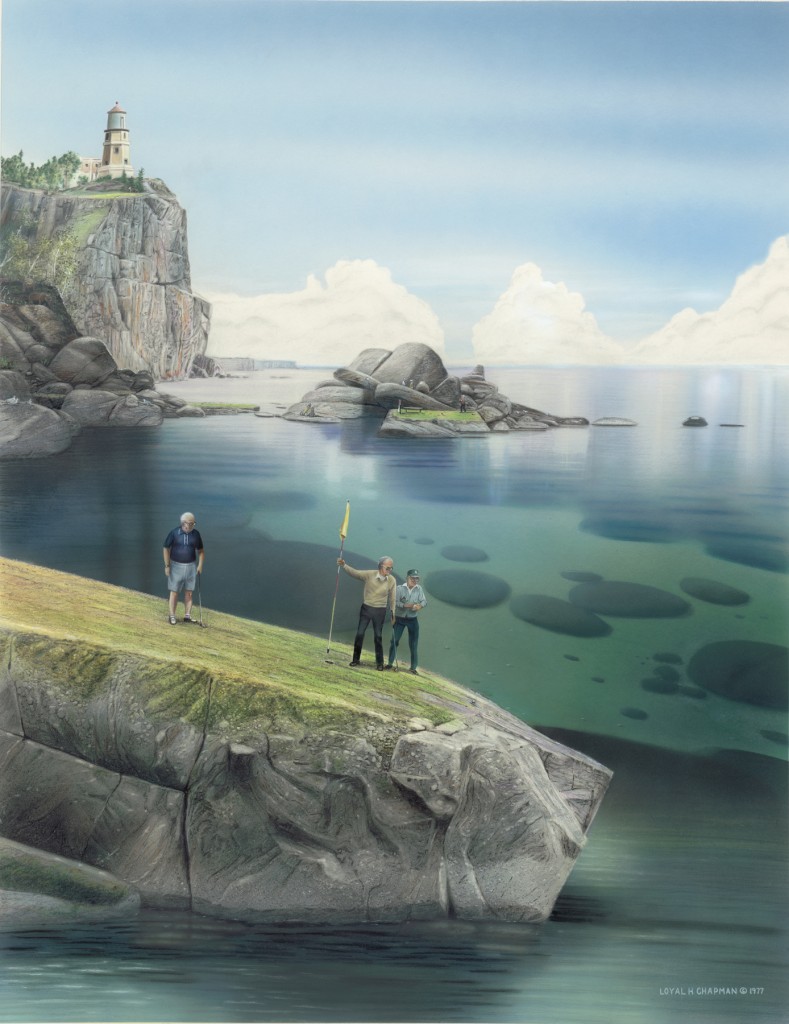 No. 13 Lake Superior Yacht & Country Club
206 Yards, Par 3
Handicap 2
There is only one route to success here: the well struck fade played to impact and hold below the pin. Accomplishing that, one must invest faith in the axiom that all putts break toward the water, bearing in mind that anything less than a deft touch can still result in disaster on this moss laden granite green. 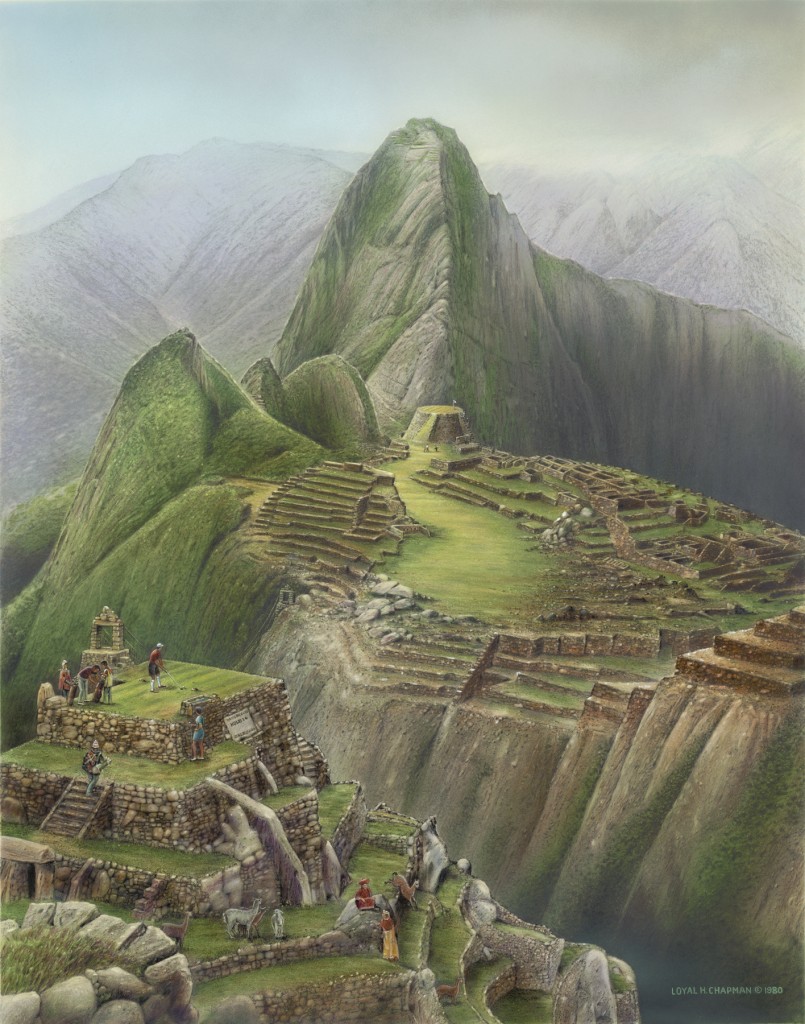 No. 14 Machu Picchu Golf Club
372 Yards, Par 4
Handicap 13
Undiscovered until 1911, this great Inca ruin, complete with what may be the oldest known golf course, raises some mind-boggling questions: was golf really invented in Scotland? Or were the Scots the first to reach the New World? Whatever the answers, historians are certain that the disappearance of the Inca civilization was due in large part to a fanatical pre-occupation with golf, and further speculate that golf’s ultimate secrets are entombed within its ruins. 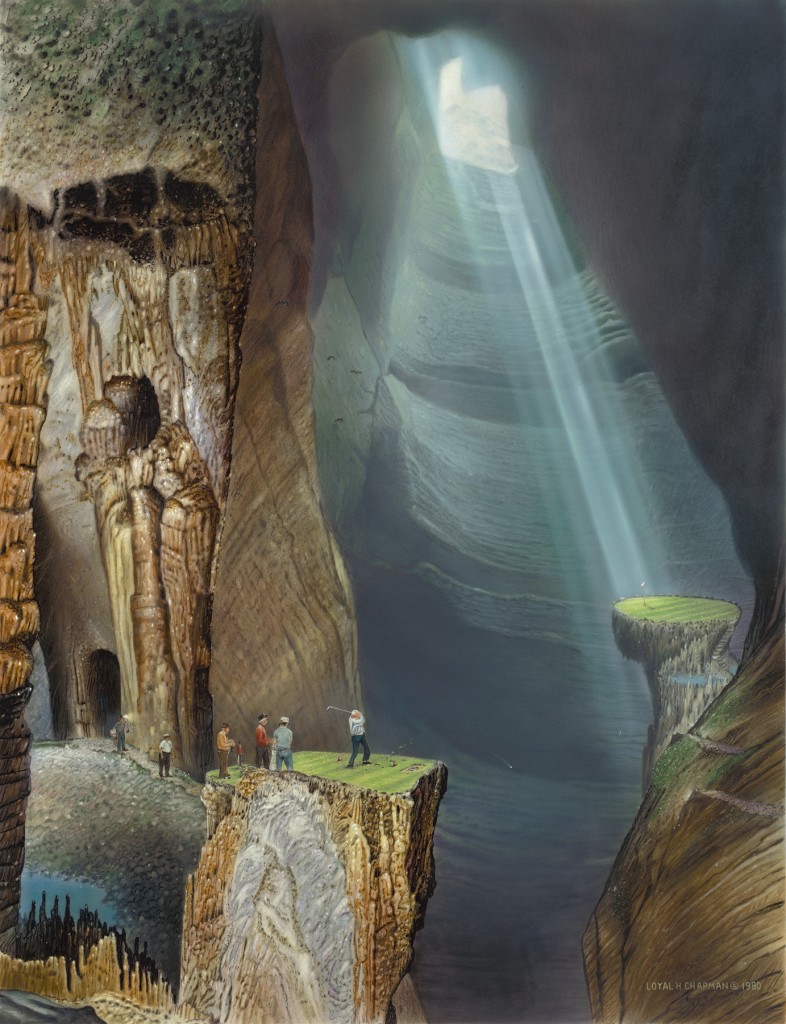 No. 15 Caverns Country Club
135 Yards, Par 3
Handicap 6
The course is a spelunker’s paradise of spectacular stalagmites, stalactites, hidden pools and enormous caverns. It’s an exciting atmosphere, so alive with creatures of the night that a one below par score on this hole is called a “bat” instead of a “birdie.” The best shot for most of the course is the half-topped roller, but on this hole the player suddenly must adjust his game and execute a high cut shot to bridge the fathomless chasm and hold the ball on the green. 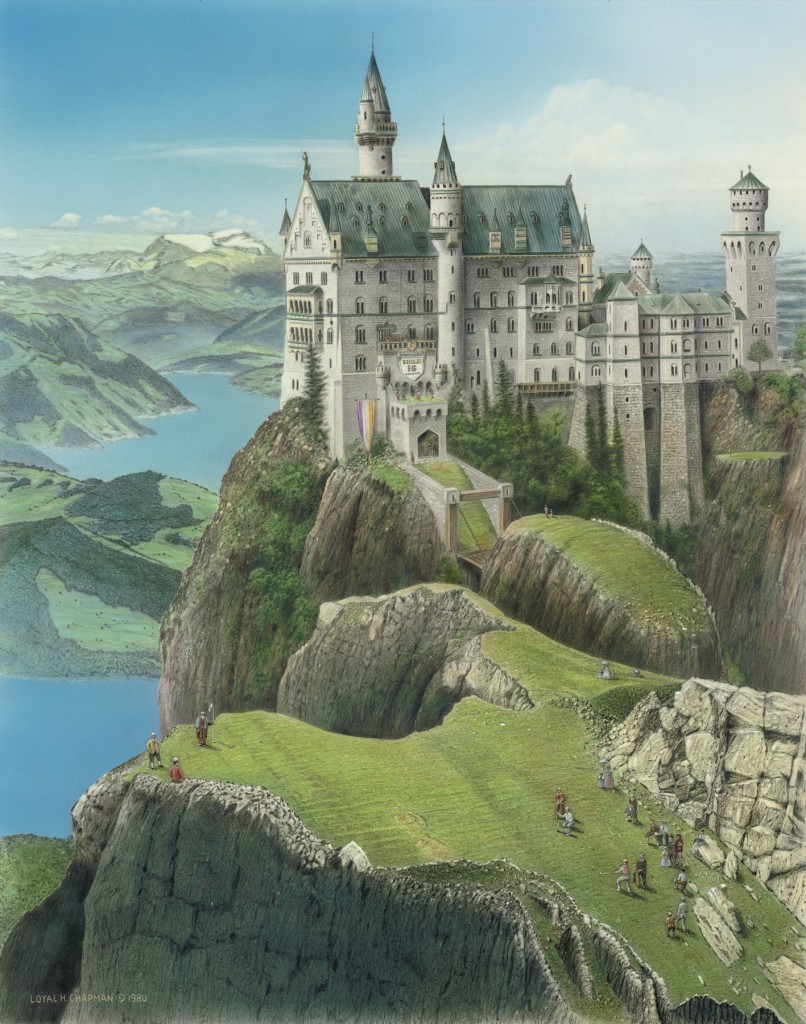 No. 16 St. Ludwig’s Royal Bavarian Golf & Hunt Club
291 Yards, Par 4
Handicap 4
A testing, but picturesque hole, typical of the legendary course designed by King Ludwig II. A fanatical but totally inept golfer, the Royal Teuton eventually yielded to insanity over his inability to cope with the course which he had created. One day after four-putting this green “Mad Ludwig” hurled himself screaming over the precipice. 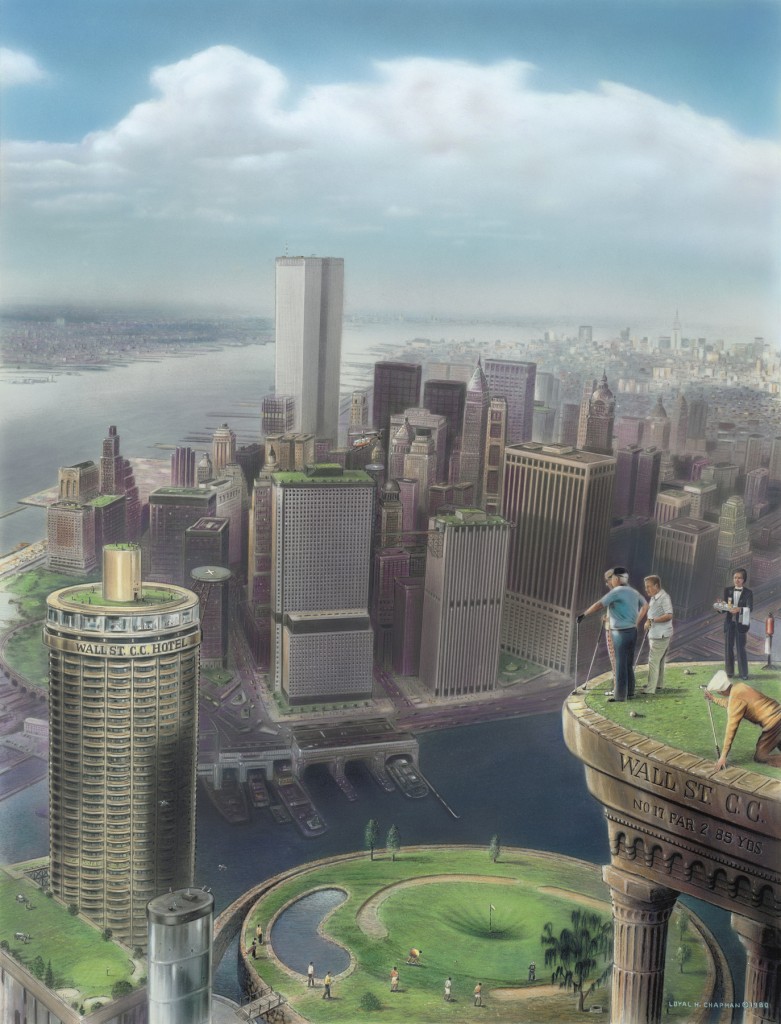 No. 17 Wall Street Golf & Cricket Club
85 Yards, Par 2
Handicap 18
Designed by Sir Peregrine Hunnicutt, O.K.E., himself, this hole, with its large, concave green, has been the scene of many aces – but unfortunately none by Sir Peregrine, who remains angry, frustrated and embarrassed since his design was aimed at achieving his lifelong ambition, a hole in one. Indeed, many of his awry shots have results in largish lawsuits by damaged pedestrians far below, prompting Sir Peregrine to press for a redesigned, “safer, saner hole.” 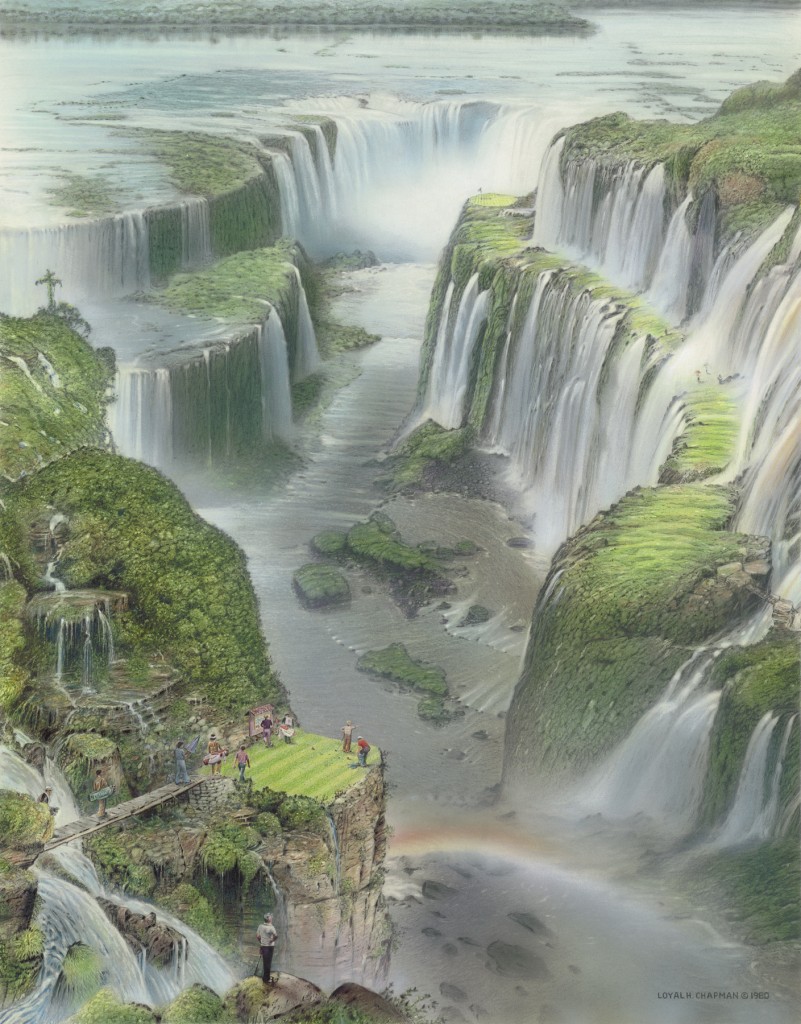 No. 18 Iguassu Falls Golf Club
947 Yards, Par 6
Handicap 1
The world’s only legitimate par 6 hole, and a challenge that has never been equalled. However, several bogey 7s have been scored during the latter part of the dry season, but it is safe to say that the greatest golfers of all time have met with bitter frustration here. Purists still continue to insist that par is possible, but realists rage at the suggestion. Even so, the International Association of World Golf is investigating the correctness of the handicap rating.