There’s good news for any golfers who were planning to make a trip to Los Cabos in Mexico this winter. Only minor damage was reported to the destination’s golf courses after Hurricane Newton made landfall on the tip of the Baja Peninsula in early September. Repairs were made and debris removed from the greens, tees and fairways, allowing all  of the golf courses in Los Cabos to reopen play quickly. 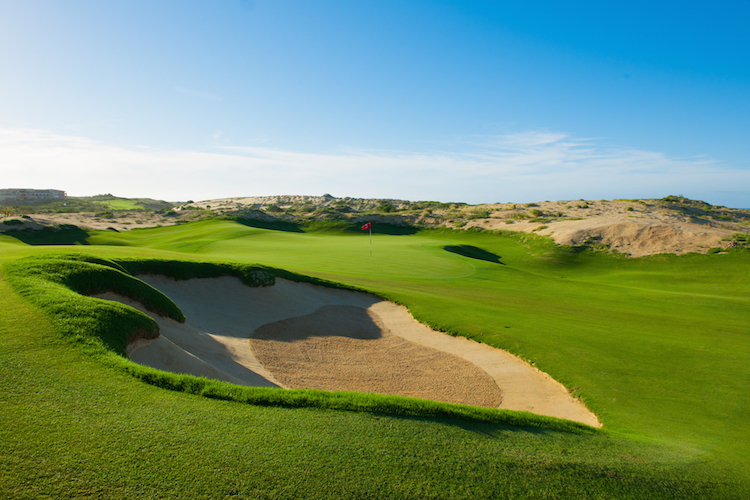 First-hand accounts given by principals and directors of golf at several top facilities in Los Cabos indicated that the storm came and went quickly. Ken Jowdy, CEO and founder of Diamante, said that  the Dunes and El Cardonal golf courses were lucky to sustain only minor damage from the high winds and precipitation. “Overall, the golf course damage was minimal compared to Hurricane Odile two years ago and required only debris and landscape cleanup,” he said. “Our golf course maintenance crews were able to get both courses open and ready for play within four days of the storm. Luckily for the Dunes Course, we were in the middle of our annual maintenance shutdown week which allowed for additional grow-in time prior to the reopening.”

Jowdy also noted that the storm had no effect on two highly anticipated additions at Diamante, a new 10th and 18th holes. “Even more exciting is the opening of Cabo’s first par-3 course—the Oasis Short Course desgned by Tiger Woods Design,” added Jowdy. “We are currently in the grassing and grow-in stage, which was unaffected by the storm, and we expect to open that course on Dec. 9 of this year.”

Greg Tallman, director of golf at Cabo del Sol, the landmark 36-hole facility with designs by Jack Nicklaus and Tom Weiskopf, said the club did not sustain any significant damage from the storm. “We were able to open after a single day dedicated to cleanup along our stretch of oceanfront holes,” Tallman reported. “Beyond that, a fair amount of vegetation has required righting or removal and that process is nearly completed.” Most importantly, he said the storm had no impact on our renovation program on the Ocean Course, which will be completed as scheduled by the end of September.”

Jason Ballog, general manager and director of golf at Palmilla Golf Club, the Jack Nicklaus-designed 27-hole facility that was completely refurbished in the wake of Hurricane Odile in 2014, reported only minor damages. “The only clean-up involved the removal of debris from downed vegetation and the reshaping of arroyos that washed out from the rushing water. Other than that, the course survived with minimal damage.” Ballog added that the club had renovated three of the four lakes on the course over the past two years, with the remodeling of the fourth lake to be completed in 2017. He said Palmilla will be in top shape for the Jack Nicklaus Cup Matches, scheduled to be played at the club from Oct 24 – 26.

Sergio Castillo, director of golf operations for Questro Golf, reported that Newton did not cause any significant damage at any of his four courses, including Puerto Los Cabos, Cabo Real and Club Campestre San Jose. “The storm hit Los Cabos in the early morning hours of Tuesday, Sept. 6, and we were able to open our facilities on Wednesday and were able to handle the ‘itch’ that resident and visiting golfers had from not being able to play the two days’ prior because of the rain,” he said.  “Our crews were able to clean up the blown debris (leaves, branches, trees, etc.) and get the courses open for play very quickly.”