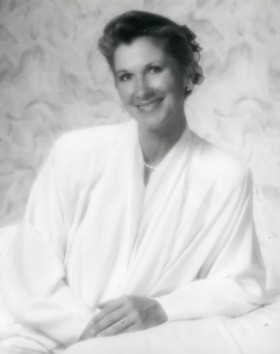 When playing golf, God may come into the picture in a variety of scenarios, though a few might not be complimentary. Some well-known epithets or expletives may fly around like angels circling the heavens. Other times, people may pray to God to help them hit that dreaded shot over water, or ‘God, let me please sink this putt to win all the money and so I don’t look like a choke”, or ‘God, if you let me break 80, I’ll up my weekly offering in church’. To me, God has a different place in my life and my game.

Most people think of hard-core golfers as only golfers. What many don’t realize is that we DO have other lives, professions, and hobbies. I have played golf since age 7 but also began my music ‘career’ at the same time under the able tutelage of piano teacher Mrs. Rita Sutinen who came to my home weekly and taught me all she could until I was 14 years old. That was also about the time I started shooting in the 70’s – and yes, that was for 18 holes. At age 16 I joined the choir at St. Rita Church in my old Detroit neighborhood, not truly realizing I was blessed with a natural alto voice. When the Director of Music, Richard Vestuto, discovered his new recruit could play and sing, he instantly realized he had a new substitute ‘organist’. Richard then taught me the fundamentals of pipe organ playing – including the tricky foot pedals – and my professional music career was off and running. Now, over 40 years later, I have been the Director of Music both at St. Rita and St. Basil the Great (Eastpointe) Catholic churches as well as an assistant and substitute musician at dozens of churches and have played thousands of masses, funeral services, and other engagements since then. I serve the people of the church but also serve God. On occasion, I’ll perform the music for fellow golfers and celebrities and often see people in the congregation tilting their heads to see me. I know what they’re thinking: ‘that sure looks like her……but playing the music? SHE’s a GOLFER!! Can’t be!’ But it is.

Golf and music share much: learning the fundamentals, concentration, hard work, discipline, dedication, and a quest for more. That’s why I’ve kept it up. To catch a glimpse of what life is like in my church music and golf world, please tune in this week to a radio interview I gave with the fine folks at Ave Maria Radio. ‘Notes from Above’ show Hosts Deacon Tom Loewe and Sr. Sara Burdick were a delight as we discussed the fun times I’ve had with golf and music. You can tune in via live streaming to the show at http://avemariaradio.net on Sunday, June 2 at 4:30pm with repeat broadcasts on Wednesday, June 5 and Sunday June 8 at 9pm. Cuts from ‘The Treasure: An Inspirational Collection’, a CD I recorded back in 1994 will be played.

One Response to “Golf and God”