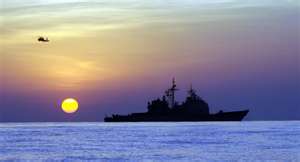 When asked what the U.S. Navy does, most people don’t know.  They field guesses that Navy ships ‘provide rides to the Army, Air Force, and Marines’, that ‘sailors swab the decks and peel potatoes’, that ‘they go swimming and ride submarines’, and that ‘they are far from any real action or fighting on the ground’.  However, people are surprised to find out what the Navy really does do.

This year, 2012, marks the 200th anniversary of the War of 1812, which was actually considered the first war where the fledgling U.S. Navy figured prominently during sea battles against the almightly British Navy in the Atlantic Ocean and inland waterways.  Bicentennial celebrations began last spring and may be coming to a city near you if you live in the eastern half of the U.S.

In April, an armada of Navy and tall ships began a 6-month journey in New Orleans and will continue along the eastern seaboard, down the St. Lawrence Seaway, and throughout the Great Lakes, stopping at 18 major cities along the way for week-long celebrations and events until October.  Hundreds of sailors will represent their ships during these tours and will have, at the ready, cards which provide the official word on exactly what the U.S. Navy is and does:

‘America’s Navy is a global force for good….and ‘good’ can take many forms:

– Bombs on a terrorist hide-out,

– Bottles of water for those in need after an earthquake

We protect and defends freedom around the world and we also offer great opportunities for a great career.

– In planes and helicopters…….over the water

70 – percent of the Earth’s surface is covered by water;

80 – percent of the world’s people live near the ocean;

90 – percent of all international trade travels by the sea;

Our mission is to meet America’s threats far away so those threats cannot harm us here.’

To learn more about the U.S. Navy’s War of 1812 Bicentennial festivities, go to www.navyweek.org.